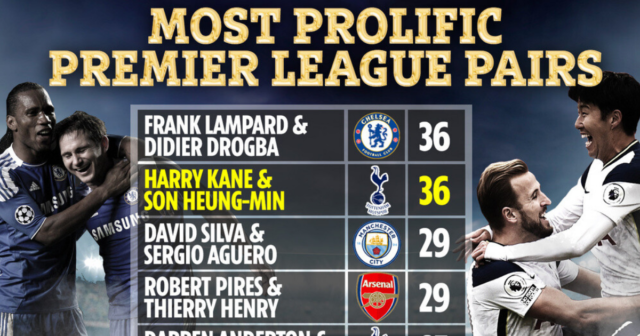 The Spurs pair combined for Kane’s first goal against Manchester City at the weekend – the 36th time they have done so in the English top flight.

And that takes them level with Chelsea legends Didier Drogba and Frank Lampard as the most lethal of Prem duos.

Kane and Son had been stuck behind the Blues pair for some time after registering a heap of assists for one another last season.

They were proving to be telepathic in their partnership in the early stages of the 2020-21 season.

And this was typified by Kane’s four assists for Son in a 5-2 win over Southampton in September 2020.

But after a quiet period without linking up all that much, Son’s cross for Kane at the Etihad means they have now finally pulled level with the ex-Chelsea stars.

After combining to score in a 1-0 win over Burnley last season, Kane and Son equalled Arsenal legends Robert Pires and Thierry Henry as well as Manchester City duo David Silva and Sergio Aguero. 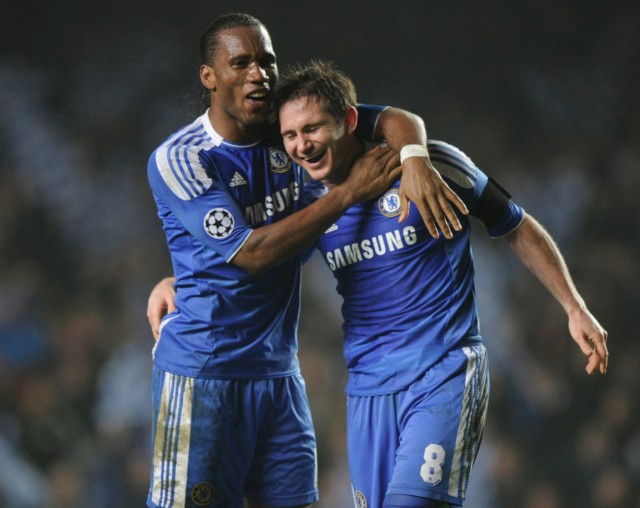 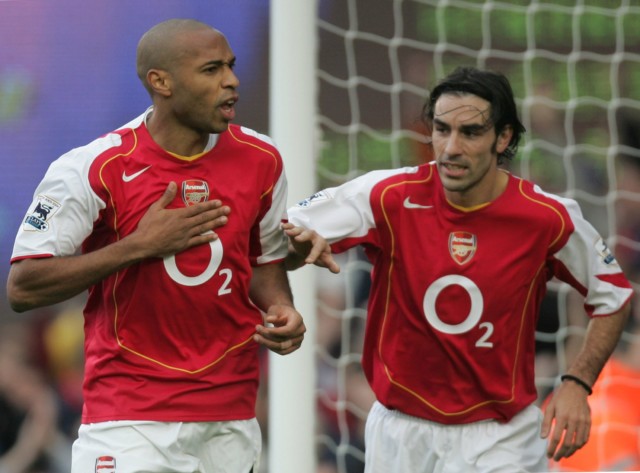 Those iconic double-acts combined for 29 goals while playing together.

In their 2020-21 run of form, the Tottenham pair overtook another Spurs tandem: Teddy Sheringham and Darren Anderton (27 goals).

Now they will be looking to surpass Drogba and Lampard as they continue to star for the North London outfit.

Next up for Tottenham is a trip to Turf Moor to take on bottom of the table Burnley on Wednesday evening.