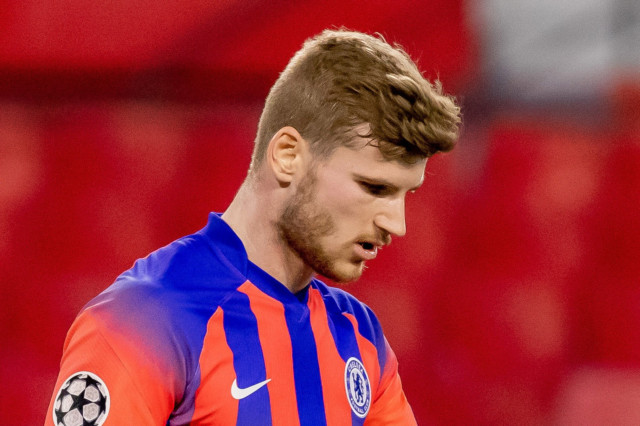 THOMAS TUCHEL has been told to consider dropping Timo Werner after a lacklustre display against Porto.

The German has only scored past Morecambe and Newcastle in 2021 and rarely looked like doing so on Wednesday night.

When he was substituted for Christian Pulisic on 65 minutes, Werner had only fired off one shot and touched the ball 15 times – the lowest of all 22 starting players in Seville.

Speaking after the game, former Premier League striker Clinton Morrison asserted that Tuchel needs to take him out of the line-up to reset his form.

He told BBC 5 Live: “Chelsea have got other attacking options – it just depends on how long Tuchel wants to stick with Timo Werner.

“It’s just at the moment, he’s getting into positions and not being clinical.

“Maybe he needs a bit of time out of the team and he can make an impact coming off the bench.”

A fine Mason Mount goal put Chelsea ahead in the quarter-final tie before Ben Chilwell added a second late on.

But Werner’s struggle left pundits searching for answers over how he can go from being a goal machine at RB Leipzig to a nigh-on flop at Chelsea.

Ex-Blues hero Glenn Hoddle told BT Sport: “You’ve got to remember this is in a pandemic, we don’t know if he’s settled at home, I’m not sure if his family are with him.

“It’s a bit like [Kai] Havertz as well, if you haven’t got your partner, or just your partner, you’re not going out with the lads, getting to know them, for a meal, all those things have an impact on you as a player – so that could be a part of it.

“But he does lack a little bit of confidence at the moment.”

Rio Ferdinand added that the 25-year-old was likely to find it tough to match his form in the Bundesliga.

The former defender noted: “He came with a big reputation from Germany, did ever so well, scored over 30 goals in his last season for Leipzig.

“He came with a huge reputation and when they come from a foreign country, you cannot always expect it to be a bed of roses immediately.

“He’s got 10 goals this season and eight assists.”

Tuchel admitted that Werner and fellow forward Havertz did not meet his expectations against Porto.

He told reporters: “I accept that it was a tough match for Timo and for Kai today, they did not have their best day and we did not deliver so good.

“The connection between the deep seven players that we needed for the build-up and the front three, we lost that a bit.

“To have a bit more of an impact, the balls we delivered were not the best balls.

“I could feel our two German players up front, Kai and Timo, did not play on their highest level today so I wanted to have an impact from the bench.”

Did you miss our previous article…
https://www.sportingexcitement.com/football/premier-league/linesman-who-asked-erling-haaland-to-sign-his-yellow-card-set-to-auction-it-off-to-raise-money-for-autism