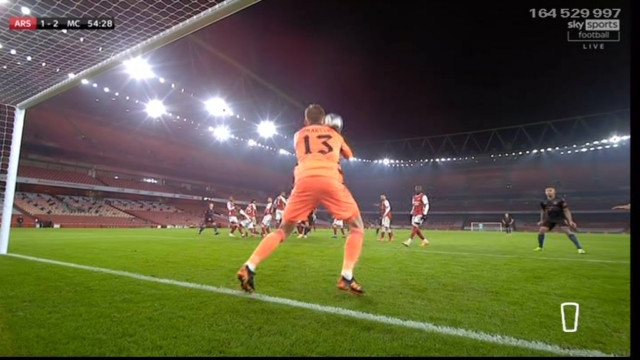 ARSENAL keeper Alex Runarsson will have wanted to do a Runar after his howler against Manchester City in the Carabao Cup quarter-final.

The Gunners’ Icelandic backup somehow punched Riyad Mahrez’ free-kick into his own net to put City 2-1 up in the 54th minute of their 4-1 defeat. 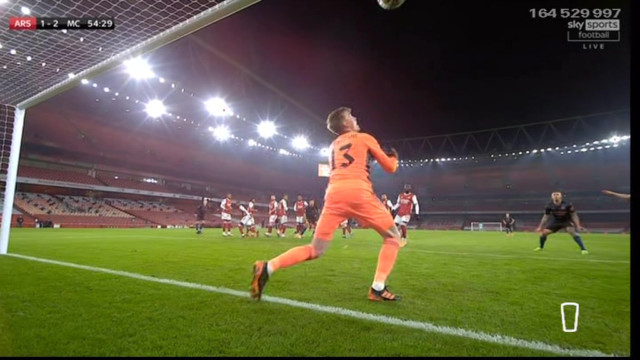 Alexandre Lacazette’s half hour strike cancelled out Gabriel Jesus’ third minute opener and Arsenal were very much in the game.

But their momentum was dashed just before the hour mark when the Icelandic let the ball slip through his hands.

City won a free-kick just on the ‘D’ on the edge of the box.

Mahrez whipped it towards Runarsson’s side of the goal with the 25-year-old looking certain to stop it.

He set himself and prepared to punch the fierce effort away.

But rather than deflecting the ball away, he somehow managed to divert it into his own net.

Phil Foden and Aymeric Laporte both added goals in the 59th and 73rd minute respectively to send the Gunners crashing out.

Speaking after the game, Mikel Arteta defended his keeper and said: “He hasn’t played a lot of games for us he’s just adapting to the league.

Oh dear! Runarsson won't want to see this one again. Mahrez's free-kick goes straight through his hands. It's a howler.

“We all make mistakes but we have to support him.”

Asked whether he considered playing No1 Bernd Leno instead, Arteta said:”Yes, but Bernd has played a lot of minutes, he needed some rest as well and we want to give opportunities to other players.

“Alex has done well in other games and these things happen in football.”

"We all make mistakes, we have to support him"

Mikel Arteta on Rúnarsson's errors & explains why he played him over Leno pic.twitter.com/Hd9h7xG7Gx