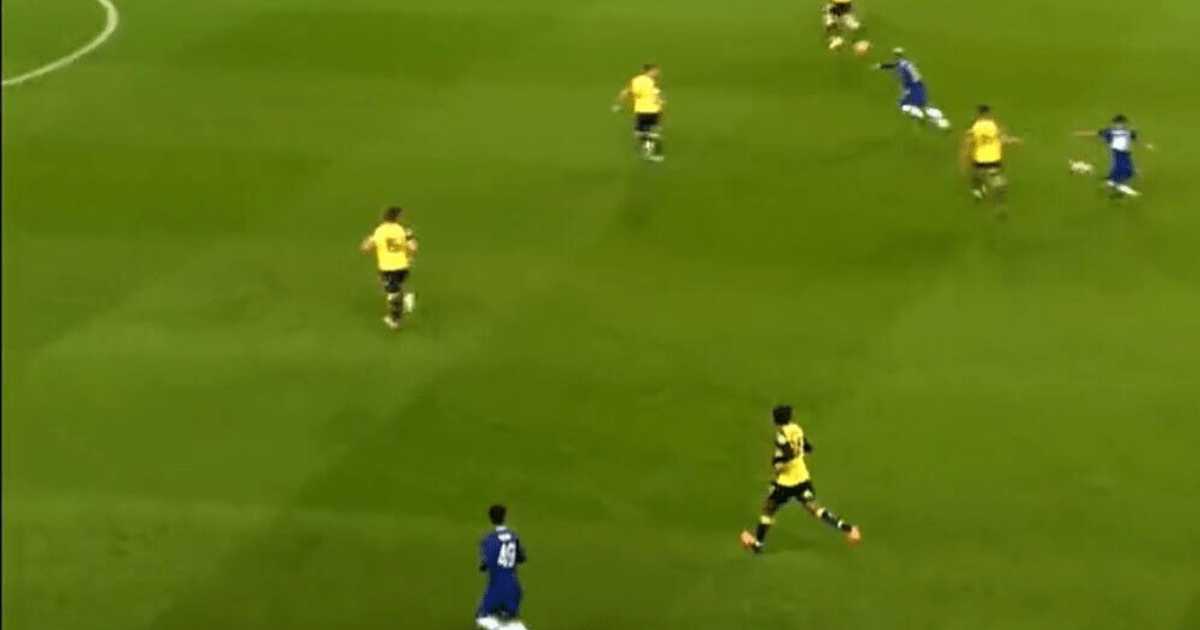 The 19-year-old took an audacious shot from 40 yards out which ended up bulging the back of the net.

His shot ends up bulging in the back of the net

His goal helped see Chelsea seal a 2-1 win over Oxford United in the EFL Trophy.

And fans were clearly in awe of his stupendous strike.

“What a player,” said one fan on social media.

A second user said: “Wow what a goal.”

Another user who appeared to be in attendance of the game said: “WHAT A GOAL MASON BURSTOW! The striker spots Eastwood off his line and lobs it in from distance to level the score at 1-1.”

Other users hinted at a possible first-team call-up for the attacker, who was signed from Charlton in February.

One user said: “Not long till you do that for the first team.”

While another added: “First team call up soon.”

The stunner against United was the second goal of his campaign, following a massive overhaul of the academy which saw Chelsea bring in a number of prodigal stars.

The Blues first team have endured a turbulent season so far, with the surprise sacking of Thomas Tuchel being the pinnacle of this.

Graham Potter has since taken charge and is yet to taste defeat after a draw and a win from his first two games.

However, the next game will be his biggest test so far, with Group E leaders AC Milan in strong form ahead of their visit to Stamford Bridge.

Chelsea are winless in the Champions League so far, with a loss – which gave Tuchel the sack – and a draw to their name.

This means they are bottom of the group and must collect a win tonight or face being knocked out at the group stage.