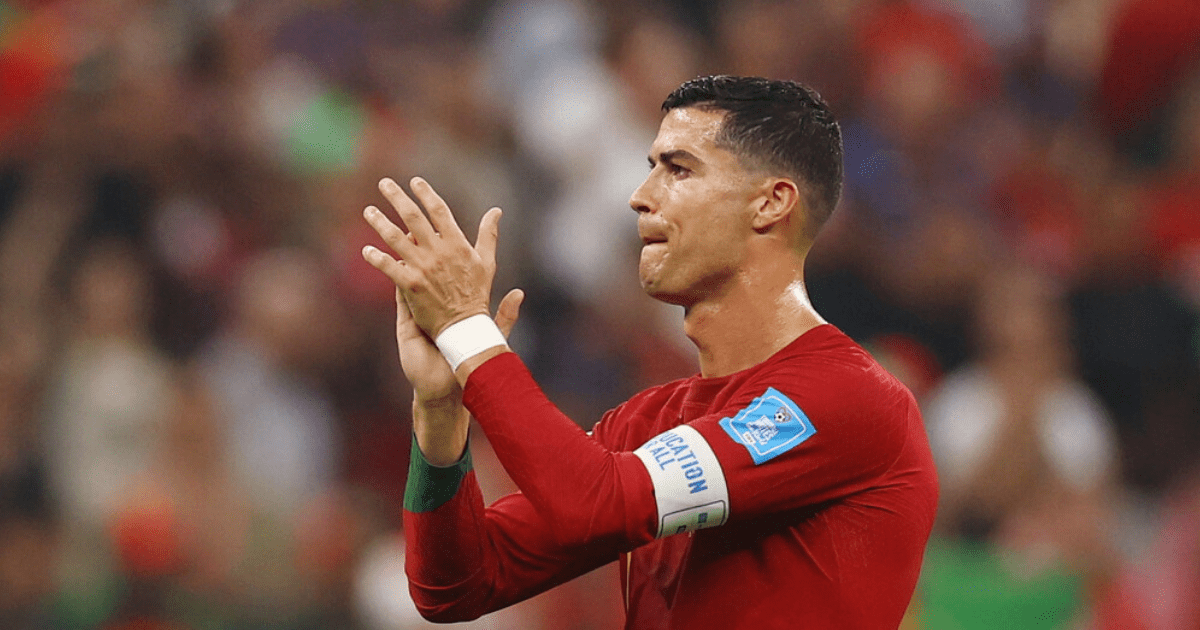 CRISTIANO RONALDO left his team-mates celebrating on the pitch as he walked down the tunnel at the end of Portugal’s win over Switzerland.

Portugal won 6-1 in the last-16 clash to set up a tie with Morocco.

The superstar was the first Portugal player to leave the pitch

Ronaldo was dropped by manager Fernando Santos after throwing a strop following his substitution against South Korea.

Santos was not happy with his captain’s behaviour and left him on the bench, instead handing a first ever international start to Goncalo Ramos.

The switch paid off as Ramos scored a hat-trick as Ronaldo watched on from the dugout.

The superstar was brought on with 17 minutes left with his side already 5-1 up.

But he did not stay on the pitch for long after full-time and was the first Portugal player down the tunnel.

Ronaldo did applaud Portugal fans quickly before heading to the dressing room, while his team-mates stayed on the pitch to soak up the adoration.

After the game Santos denied he dropped Ronaldo because he had an issue with the former Manchester United star.

He said: “Cristiano and Ramos are different players. There is no problem with the captain of the national team.

“We’ve been friends for many years. He set the example of a captain.”