Even if we’re sent packing by France, at least Southgate has stopped England being silly after two decades of farce
Advertisement 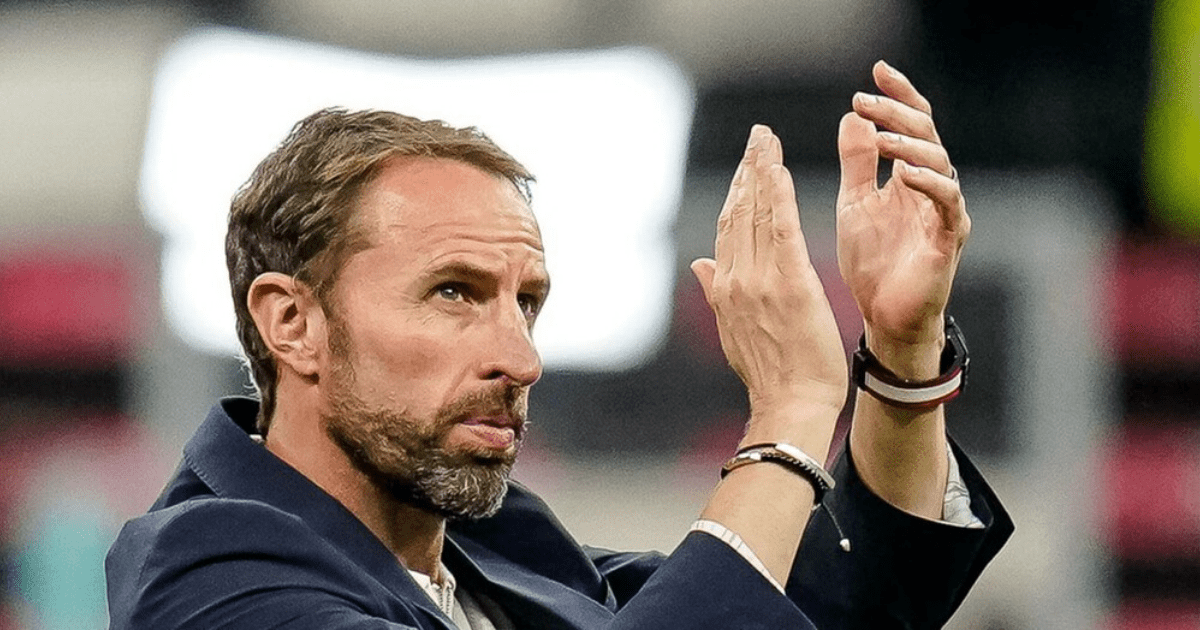 They’re not silly any more.

Because it is easy to forget, after Gareth Southgate’s team coasted into a World Cup quarter-final, that before all this we endured almost two decades of farce.

Two decades of slapstick, laughing-stock, Benny Hill-theme buffoonery — and none of it possible to comprehend happening under Southgate.

But it wasn’t really bad luck at all. It was a complete and utter shambles.

On the journey back from the Al Bayt Stadium, after England’s ruthless 3-0 victory over Senegal on Sunday, one largely forgotten image sprang to my mind.

It was from South Africa in 2010 — an actual World Cup campaign, throughout which David Beckham stood by the England dugout, alongside manager Fabio Capello, being handsome and famous in a three-piece suit.

Nobody even pretended that Beckham was a coach or anything. The FA admitted he didn’t have a role at all.

Beckham was just ‘there’. In the actual dugout, at an actual World Cup.

What was that all about?

Can you imagine Southgate countenancing anything so silly?

That was a relatively trivial episode during a 20-year sewage show but, as a measure of how far removed from reality the England team were before Southgate, it takes some beating.

Before that we’d had Glenn Hoddle employing Eileen Drewery, the faith healer who laid her hands on Ray Parlour, who asked her for a short back and sides.

Then Hoddle being sacked for claiming disabled people were being punished for their sins in a former life. 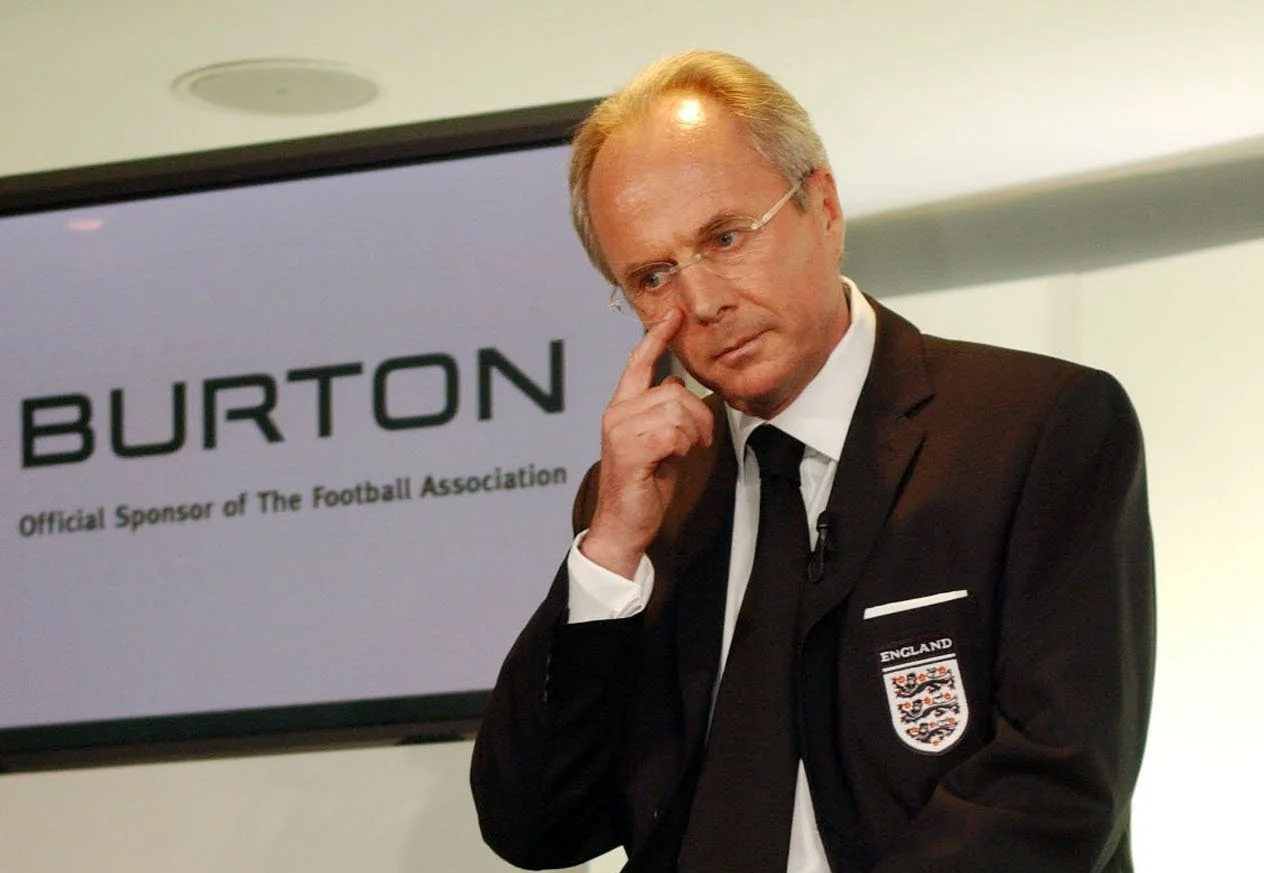 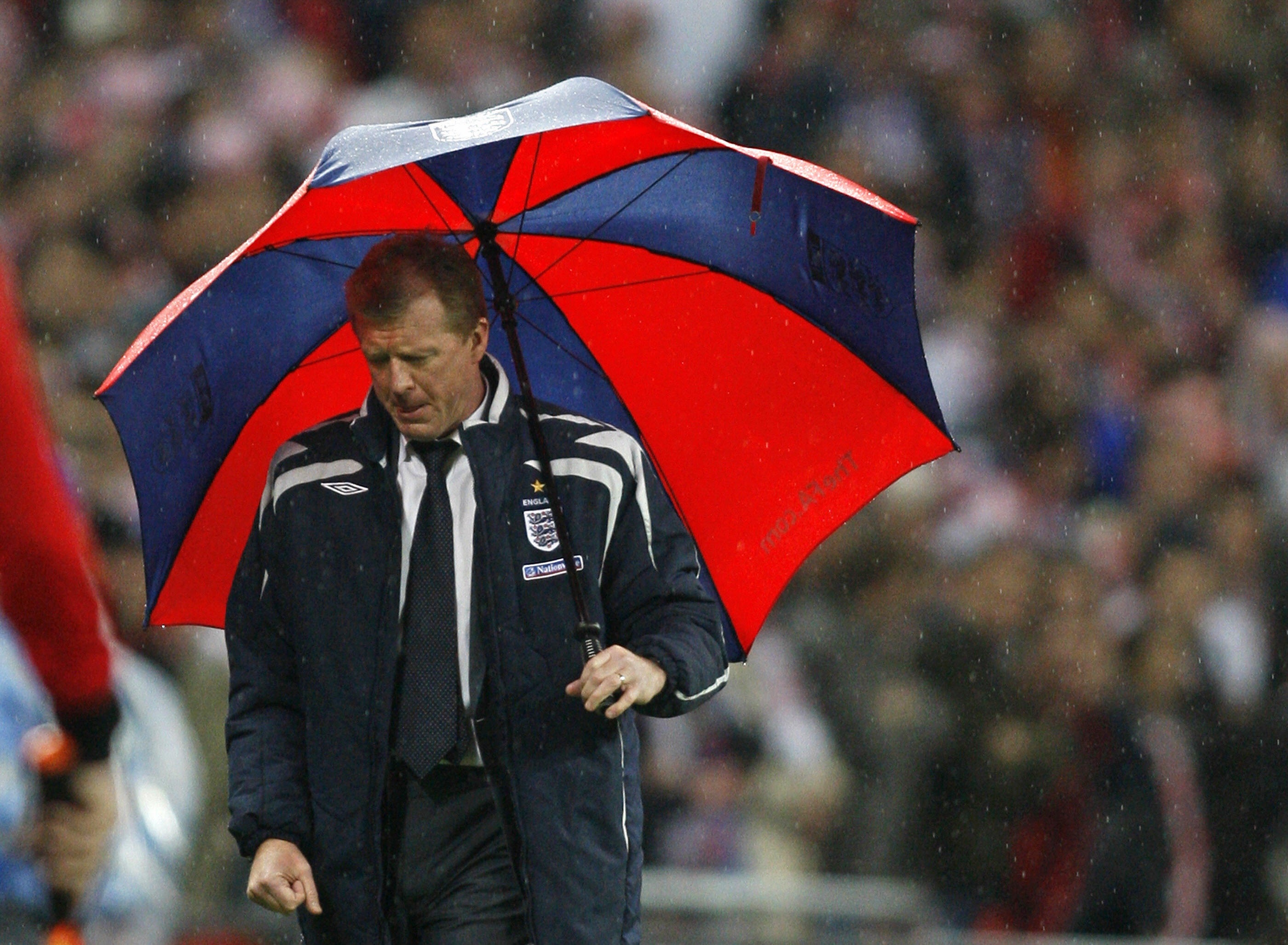 Steve McClaren was sacked after failing to qualify for Euro 2008

Then Kevin Keegan quitting in the Wembley toilets after presiding over a clique-ridden squad with a toxic high-stakes gambling culture.

Then, a golden era of farce and scandal during the reign of Sven-Goran Eriksson.

Rio Ferdinand missing a drug test, being banned for Euro 2004 and Gary Neville threatening a players’ strike in protest.

Eriksson’s regime was so in thrall to the cult of Beckham, that when, during the 2002 World Cup, he was asked by England’s travel agent what time he wanted the team plane to depart, he replied: “You will have to ask David.”

England’s Posh and Becks era culminated in the WAG circus in Baden-Baden in 2006, by which time Eriksson had been duped by a fake sheikh, who claimed he was going to buy Aston Villa and make the Swede his manager.

Imagine any of that happening under Southgate.

After Eriksson, the football got even worse as ‘wally with the brolly’ Steve McClaren failed to qualify for Euro 2008. 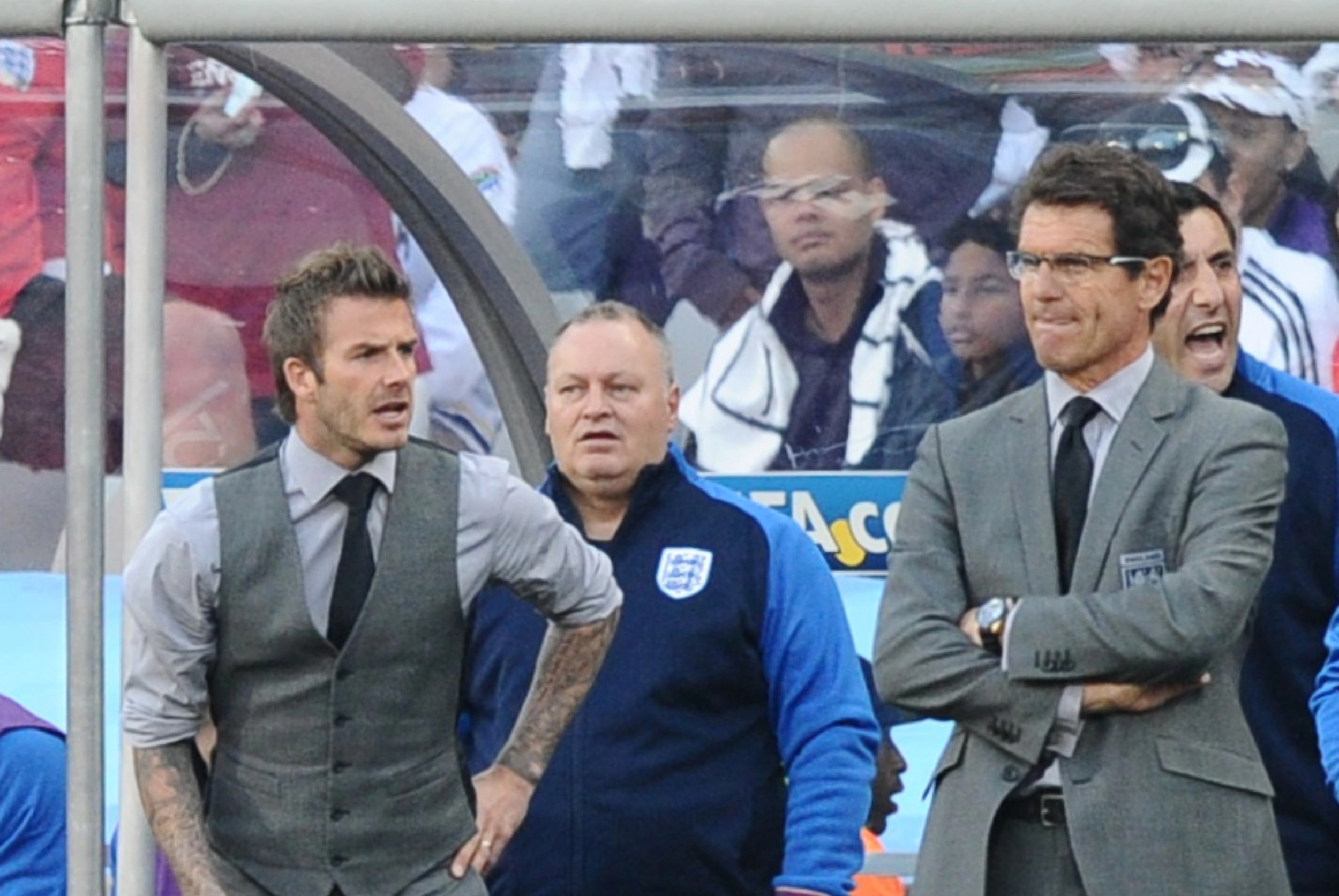 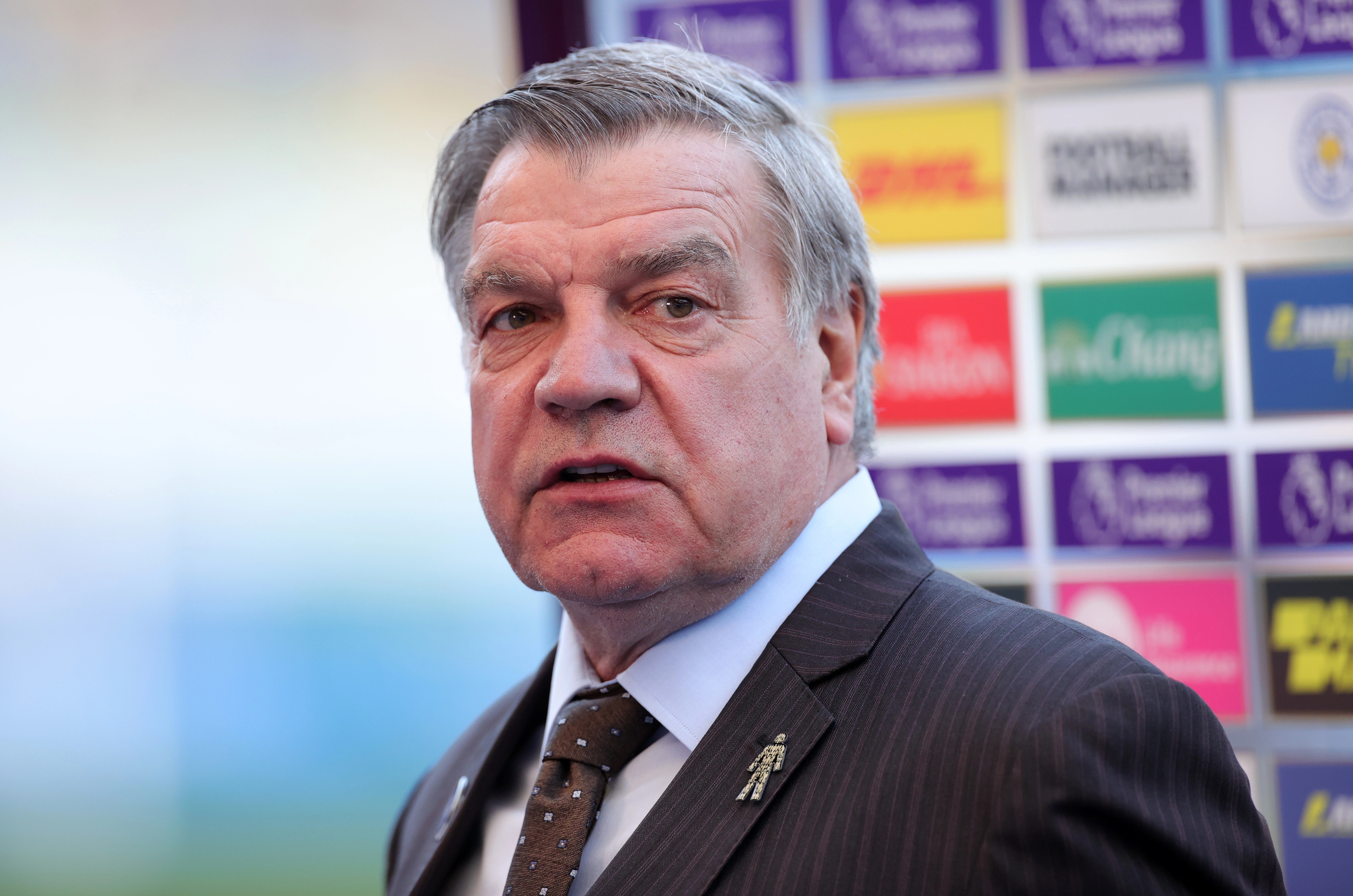 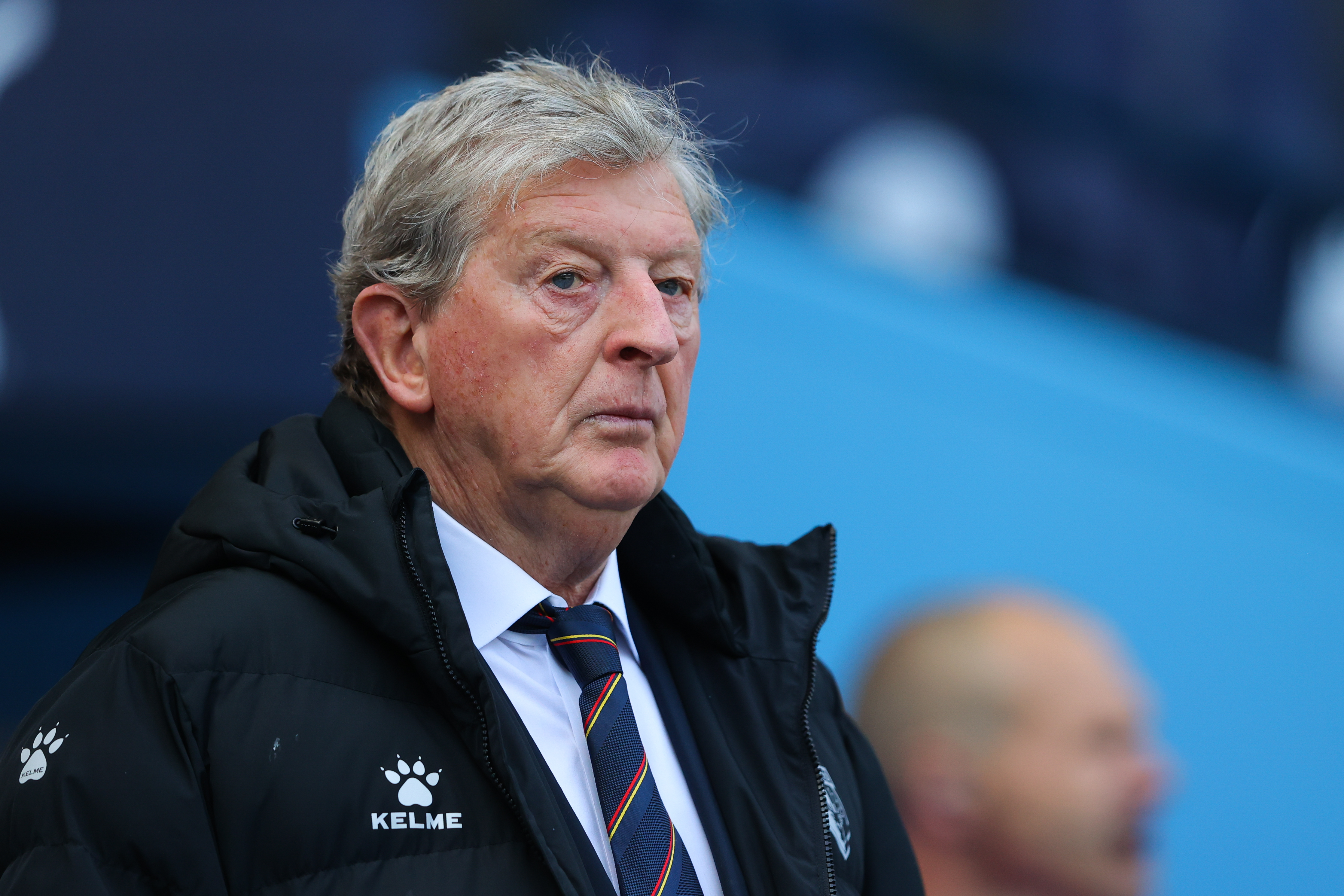 Next it was Capello, who claimed he needed to know only 100 words of English and, as well as employing Beckham as a model/mascot in 2010, signed up for something called ‘The Capello Index’.

Here, the actual England manager, at an actual World Cup, was to be paid extra dosh to publish online ratings, marking every player, including England’s, out of 100.

This after Capello had axed captain John Terry for allegedly diddling the reserve left-back’s ex-girlfriend, only for Terry to lead an insurrection at the World Cup and for Capello to later reinstate him.

But then Terry was found guilty by the FA of racially abusing Anton Ferdinand, brother of Lions team-mate Rio, and Capello resigned in protest.

Roy Hodgson stepped in and decided to take the culprit Terry, rather than the victim’s brother Rio, to Euro 2012 because he couldn’t take both.

And then Brazil in 2014, when FA chairman Greg Dyke performed a throat-slitting gesture as England were drawn in a group with Italy and Uruguay. And was seen reading a book entitled Death in Brazil after England died on their backsides, eliminated within five days. 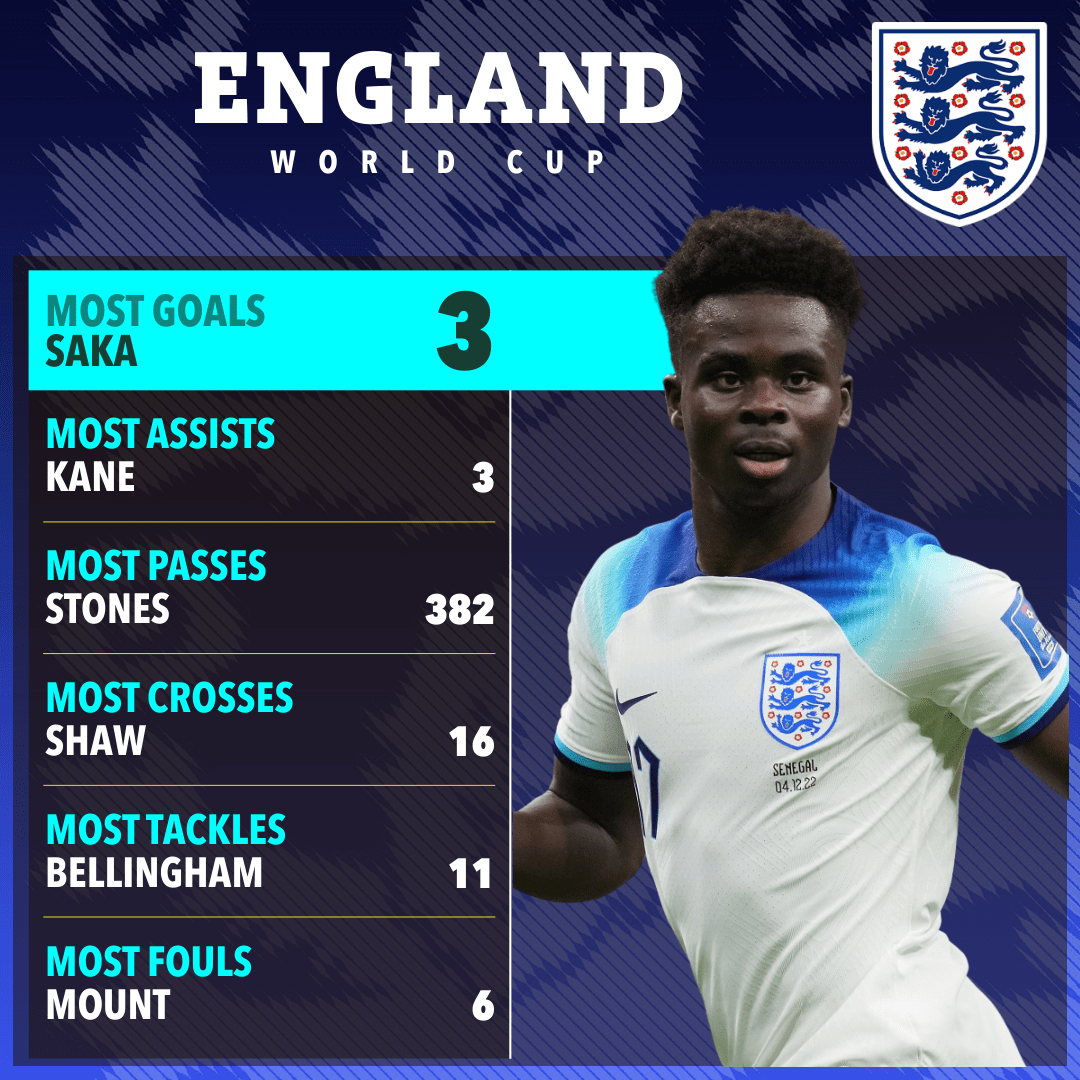 And at Euro 2016, with Neville raging against the press, players forbidden from even talking about an in- house darts tournament and Hodgson going on a boat trip rather than watching England’s next opponents . . . Iceland.

So low was the reputation of England footballers back then, staff at their posh hotel decided to remove the chandeliers from their team room, out of genuine fear the players would swing from them.

Imagine any of that happening under Southgate.

Then after Sam Allardyce’s one-match reign was ended by a broadsheet sting, Southgate — and common sense — arrived.

When he landed the ‘impossible job’, it was as if he said to himself, ‘What if we stopped acting like stark-raving lunatics all the time? Might we be any better at football?’.

After axing Wayne Rooney following a drunken incident at the team hotel, Southgate imposed a calm, rational style of management — and England have enjoyed three successful tournaments in a row.

Now, Southgate may be too cautious for your liking and England may be sent packing by France on Saturday.

But at least his England are professional, serious, decent and intelligent, and nobody is laughing out loud at them.

Southgate simply doesn’t get anywhere near enough credit for his greatest achievement.

He has stopped England being silly.