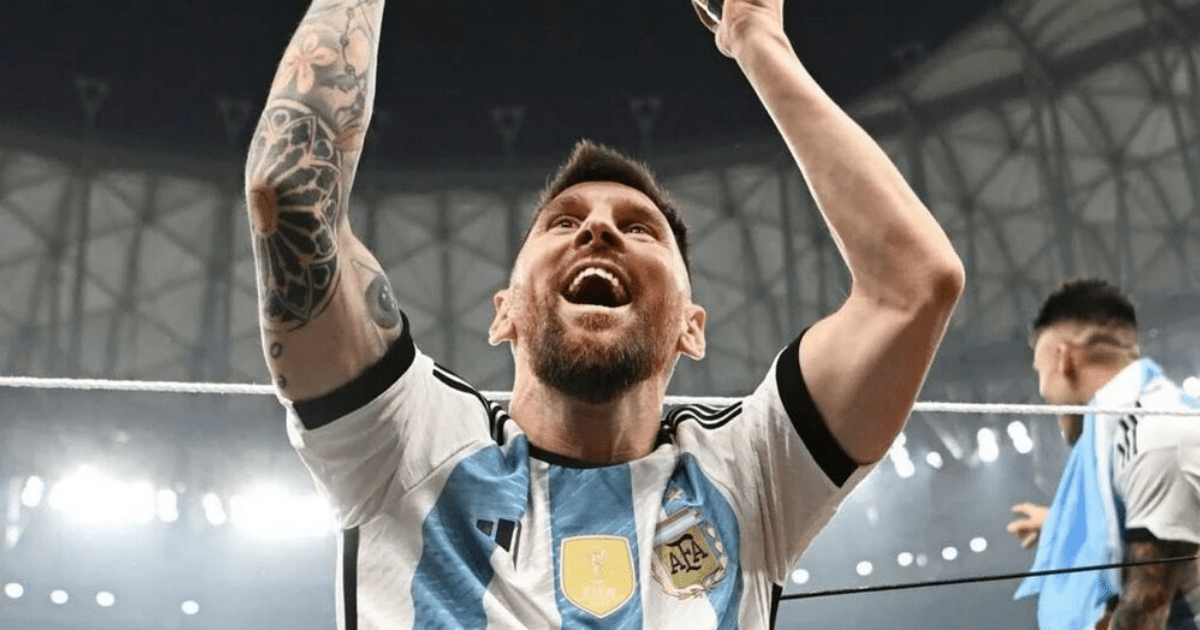 FANS have accused pitch invader Salt Bae of ‘stealing’ the original World Cup trophy after it emerged that Messi lifted a replica in a record-breaking picture.

This week it emerged that the footie star was actually holding a fake trophy that had made its way onto the pitch when he was snapped in Instagram’s most-liked picture.

The replica was created by Argentina fan, Paula Zuzulich, who hoped that the cup would be signed by the World Cup-winning players at the final.

However, there was some confusion over which trophy was the real deal before the team was finally reunited with the official cup.

Fans online have suggested that celeb-chaser chef Salt Bae was to blame for hogging the iconic golden trophy.

While another added: “Salt Bae has been granted exclusive access to the real one.”

And a fan tweeted a Salt Bae gif saying: “I know who has the real one!”

The celebrity chef, whose real name is Nusret Gökçe, sparked a Fifa probe when he somehow got himself in among the winning team and managed to get a selfie with Lionel Messi as he celebrated his team’s triumph.

But in the run-up, he was seen badgering the superstar and repeatedly grabbing his arm until the player relented and posed for a picture.

The chef was slammed on Twitter as “pathetic” for his attention-seeking antics, which were also described as the “cringiest thing ever”.

The fury continued after he posted pics on Instagram of him holding the 18-carat gold trophy, worth £17 million, a privilege reserved for the winning team and heads of state.

“You shouldn’t touch the Cup. You’re not a champion,” was one comment.

Another furious Instagram user said he was “unfollowing” the Turkish chef.

“You shouldn’t have touched that trophy only the players and staff who worked their asses off to become champions have that right.

“You only want attention.”

Continuing the theme one post read “this is the time for players who have worked hard and not for celebrities to hang around and take selfies for their own promo”.

Last month, Argentina won the World Cup in a fierce match with France that went down to the wire – eventually ending in a penalty shootout.

But just minutes later the real cup was removed from the pitch by Fifa officials, as is customary, unbeknownst to some of the players at the time.

A fake trophy made its way down to the pitch from fans in the crowd, with players including Messi posing with it for photos thinking it was the real thing.

The 35-year-old posted a series of snaps of himself with the trophy to Instagram, even though it was a fake.

And the post went on to become the most liked in the website’s history, overtaking the egg and gathering nearly 75million likes.

In another snap, Angel Di Maria can be seen noticing that the trophy is a fake by looking at the bottom of it.

According to El Pais, Argentina fans Manuel and Paula had the cup made before the tournament, with the sole purpose of trying to get players to sign it.

Explaining what happened, they said: “The idea was that the players could sign it, but in the end the Cup entered the field of play three times.

“The first one was taken by a relative of (Leandro) Paredes, and he signed it.

“The second time they asked us for it and it was 45 minutes, it went from one player to another, from one family member to another, and they took photos.

“In the stands they told me ‘you lost the Cup’. We had fun but we wanted him back.

“There I yelled at a couple of players ‘if you see the Cup that Paredes has, it’s ours’, and in the end Lautaro Martínez brought it, who also signed it.

“Fifa personnel came there and asked us to confirm that it was not the original.”

Among those to hold the trophy thinking it was real was Messi’s wife Antonela.

When Di Maria eventually pointed out to Messi that it was fake, the duo laughed together – showing no signs of irritation.

Photographer Fernando de la Orden captured many of the snaps – and even went to visit Manuel and Paula once back in Argentina – where the fake trophy resides today. 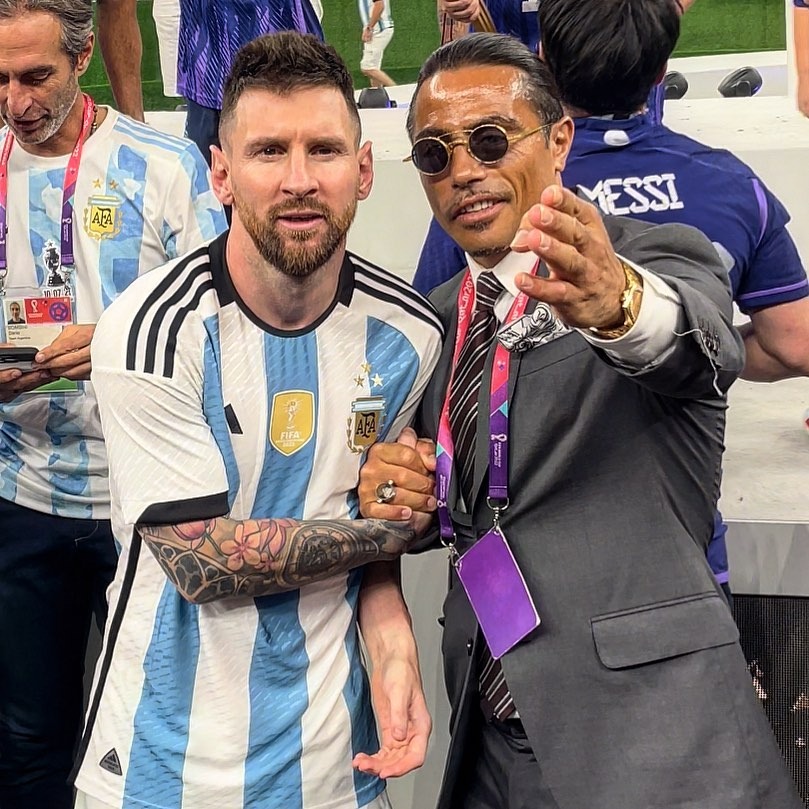 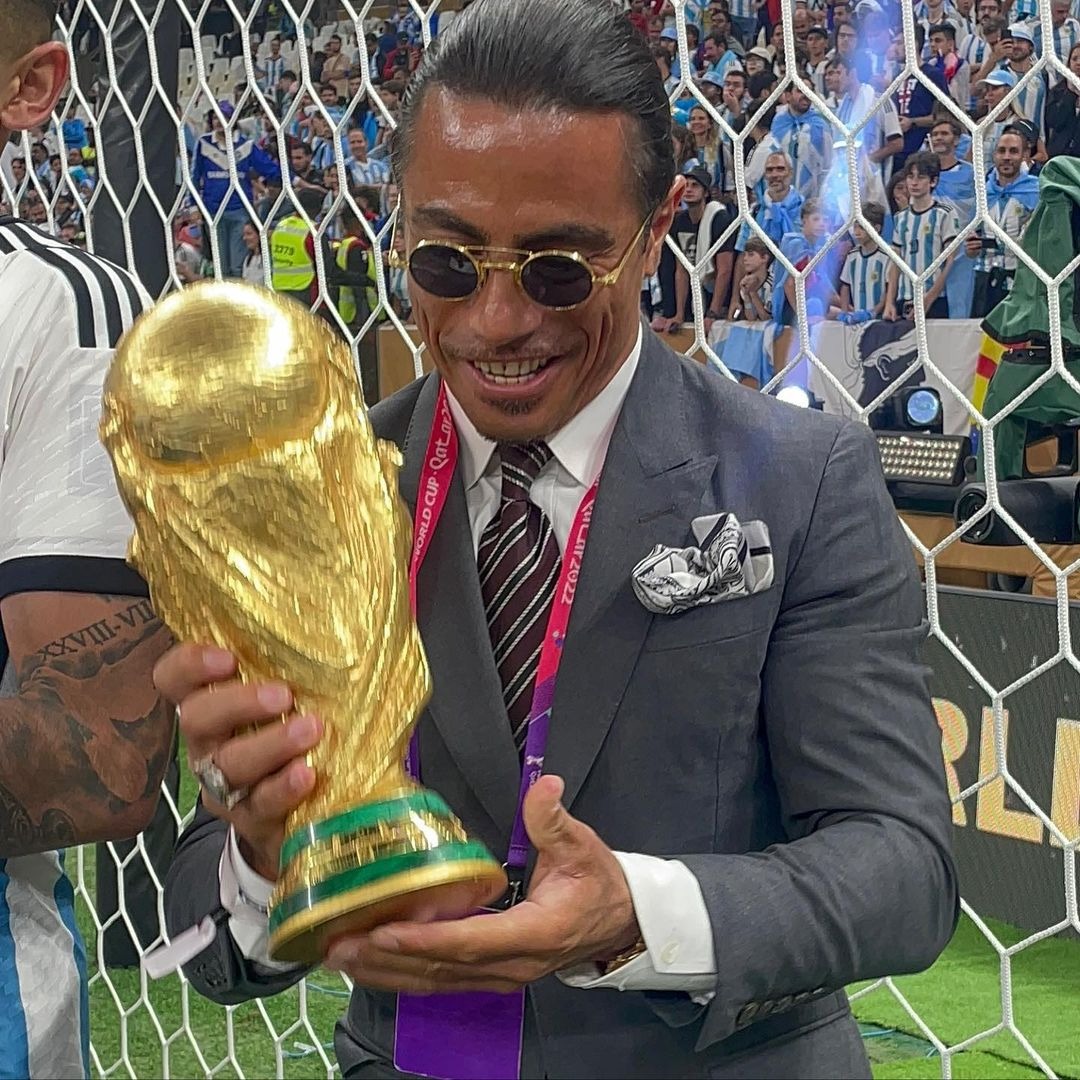 Did you miss our previous article…
https://www.sportingexcitement.com/football/world-cup-2022/gio-reynas-parents-break-silence-over-claims-they-tried-to-blackmail-usa-boss-gregg-berhalter-over-domestic-violence/