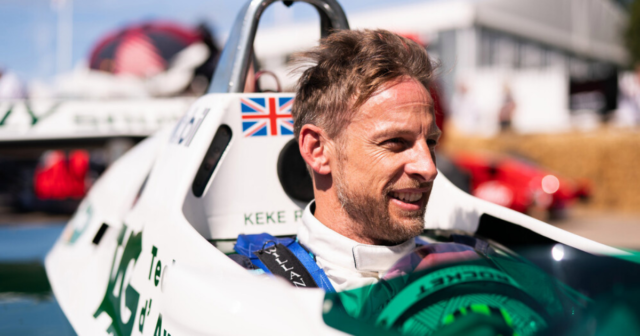 IF you had a classic car worth millions of pounds, you might go easy when taking it out for a spin.

But Jenson Button will not be worrying about the odd dent when he races two irreplaceable motors this weekend.

The former F1 champ is trying his hand at historic car racing for the first time at the three-day Goodwood Revival in West Sussex, which starts tomorrow.

Driving a Jaguar E-type and 1963 AC Cobra, he will be up against other top drivers in a Ferrari 250 GT — one of which sold for more than £30million — an Aston Martin DB3S from the 1950s and a Ford GT40, which once dominated the Le Mans 24-hour race

Jenson, 41, told SE: “As a racing driver, you can’t think about damaging the car.

“As soon as the visor closes you drive it as hard as you can.

He has clearly not lost any of the love of speed which helped him become Formula One champ in 2009, in an era when F1 cars were more dangerous.

Lewis only got out of his Mercedes unscathed because of a “halo” bar around his head, after rival racer Max Verstappen’s car landed on top of him.

Jenson said: “I didn’t have halos when I was racing.

“A lot of people I raced against lost their lives because they didn’t have that technology.”

But he reckons the crash will not affect how Lewis continues to compete with his rival.

He added: “I think it’s good these two are going at it so hard, but at some point they are going to have enough respect for each other they won’t have a crash in every race.

‘YOU HIT THE BRAKE AND HOPE’

“It’s great they have that fight, but we want to see them fighting on the circuit, not ending up in the gravel track.”

Jenson is unlikely to face similar on-track aggression this weekend from his rival Goodwood drivers.

Also racing will be comedian Rowan Atkinson, 66, in his 70-year-old Jaguar Mk VII and an 80-year-old Bentley Parkward Saloon, F1 legend Martin Brundle, 62, in a Mini and former Le Mans winner Jochen Mass, 74, in a Riley.

Famous fans expected at the event include Howard Donald, 53, from Take That, and petrolhead AC/DC singer Brian Johnson, 73.

Jenson is also a big fan of old motors, owning two beautiful Jaguars — a C-Type and an XK120.

And he loves the thrill of driving without modern aids.

He said: “It is old-school mechanical grit, which I think makes it fun. Seeing these cars on track, it is like dancing, there is a real flow to them going through the corners.”

But there is a major downside.

He added: “They also don’t stop, which is the worst thing and something I have to get used to.”

In Sunday’s RAC TT Celebration race he will be driving a 1963 AC Cobra, once raced by the legendary American Shelby team that was the subject of 2019 Matt Damon movie Le Mans.

Jenson said: “This thing, you hit the brake and hope it doesn’t get lost on the corner.”

But first up tomorrow he will get behind the wheel of a Jaguar E-Type in the Stirling Moss Memorial Trophy.

In both races he will tag team the drive with his childhood pal Alex Buncombe.

Alex, 40, who has raced on the Goodwood circuit several times in the past, has warned Jenson there is, “No margin for error”.

‘IF YOU GO OFF, IT IS VERY DANGEROUS’

He told his mate: “It’s an old-school circuit. If you go off, it is very dangerous.”

Fortunately, both cars have been updated with modern roll cages so they are much safer than they were in their racing heyday back in the 1960s.

Goodwood Revival is a festival of classic cars and motorcycles which has been held on the Goodwood Estate for the past three decades.

Visitors dress up in fashion from the 1940s to the 1960s and there will be a vintage bike ride led by Olympic gold medallist Sir Chris Hoy, 45.

Away from the race track there is also plenty to keep the big crowds entertained, with restoration projects highlighting the value of the “make do and mend” mindset.

The idea of saving old cars rather than sending them to the junkyard is key to the Revival.

There will also be DJs, a classic car auction, a hot rods parade, cocktails and an air display.

Jenson said: “The atmosphere is a big thing with the Revival and that’s what I am excited about.”

A PRICELESS PARADE OF SECOND-HAND CARS 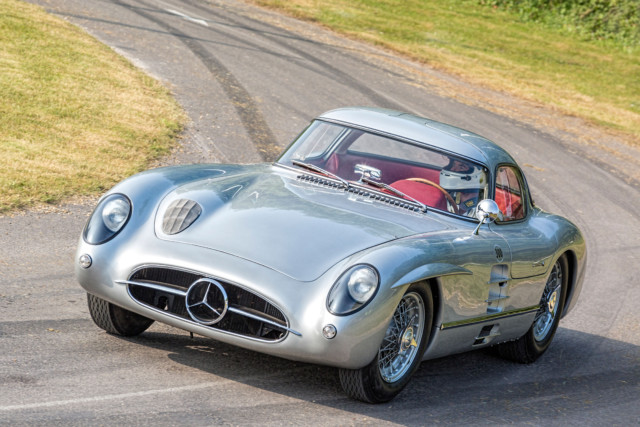 Driven to victory by Sir Stirling Moss in Italy’s Mille Miglia in 1958, it is priceless. And its owner has said it will never be sold. It will feature in a track parade at Goodwood. Speed: 166mph 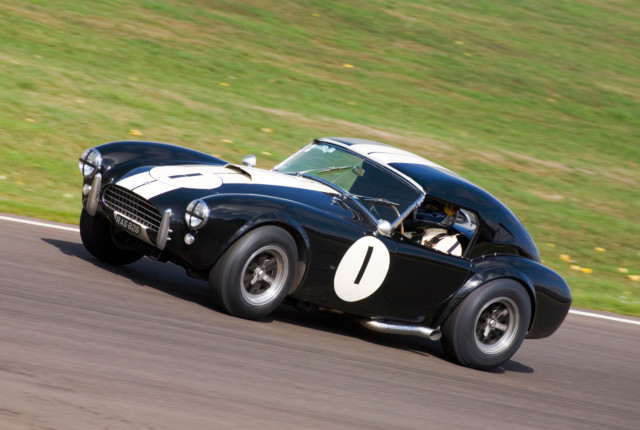 Made by British company AC Cars, the Cobra was adapted by American car designer Carroll Shelby. Under the hammer they can go for more than £1million. Speed: 183mph 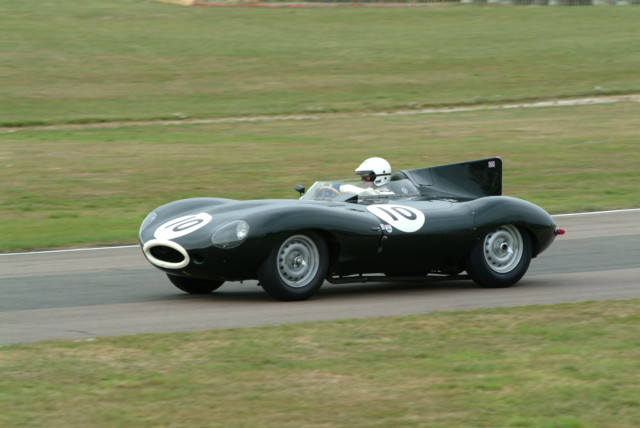 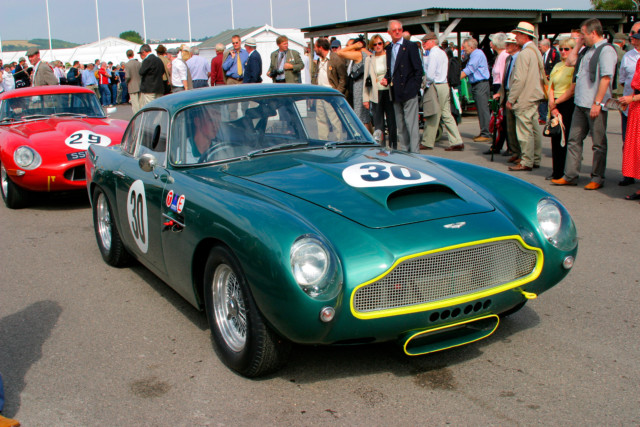 One of the most collectable cars in the British mark’s illustrious history. With just 100 ever going into production, they can fetch £1million at auction. Speed: 152mph 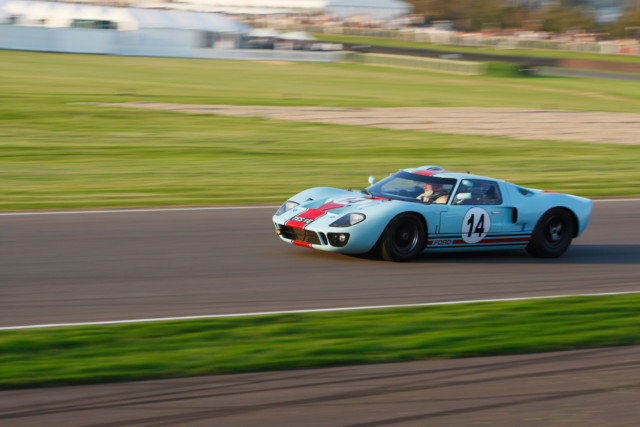 These cars famously took the top three places at the Le Mans endurance race in France in 1966. Collectors are willing to pay up to £8million to get their hands on the right one.Speed: 216mph 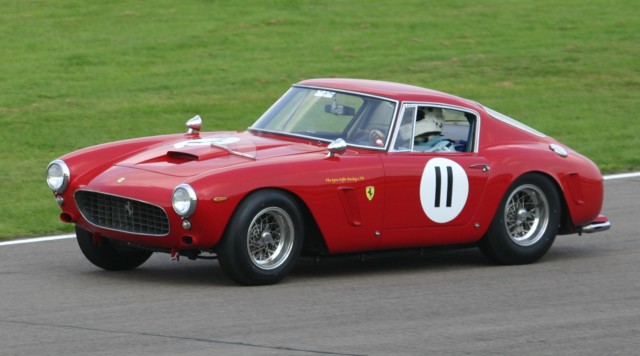 The late racing legend Sir Stirling Moss once said this Italian beauty is “perhaps the greatest road car of any make”. They have sold for £7million. Speed: 166mph
Advertisement. Scroll to continue reading.
In this article:carracing, Goodwood, Hamilton, thefirst, worthmillions