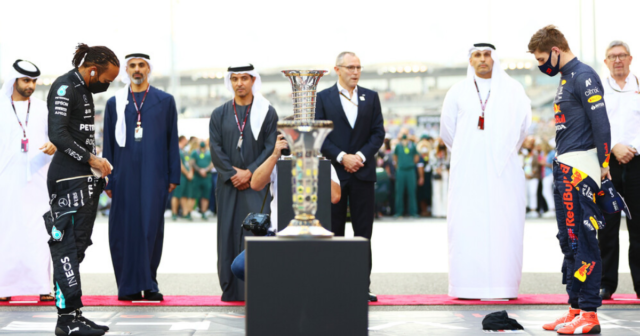 The Brit was on course for a record-breaking eighth world championship, which would’ve seen him surpass the great Michael Schumacher. 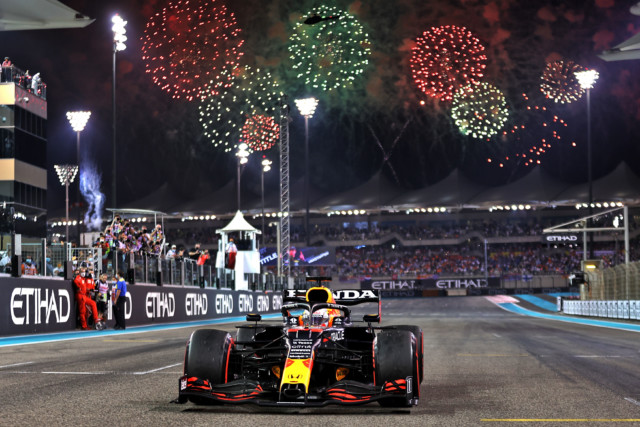 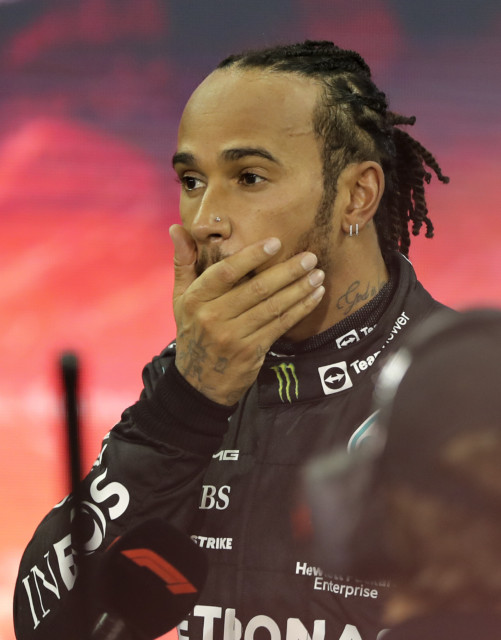 But his lead evaporated with just a few laps to go after Williams’ Nicholas Latifi crashed, leading to a safety car.

A change in procedure by former race director Michael Masi allowed lapped cars to overtake the safety car, setting up a straight shootout for the title on the final lap between Hamilton and Verstappen.

Dutchman Verstappen was on fresh soft tyres and made a lunge at turn five to snatch the title off Hamilton.

After Verstappen successfully defended Hamilton’s fightback, the 37-year-old Mercedes driver said on his team radio: “This has been manipulated.”

Months of silence in the aftermath of Abu Dhabi led to speculation on Hamilton’s future in F1, but he returned to Merc for this season.

And despite the car being off pace behind Red Bull and Ferrari, Hamilton has vowed to “rise again”.

Speaking on his Abu Dhabi title heartbreak to Sky Sports, Hamilton said: “My dad put a value inside me about never giving up, and the easiest thing to do is to give up.

“But it’s not how you fall, it’s about how you get up. 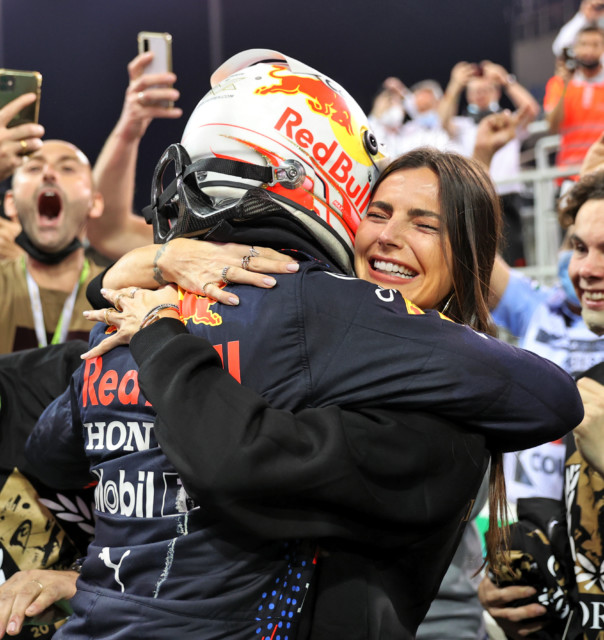 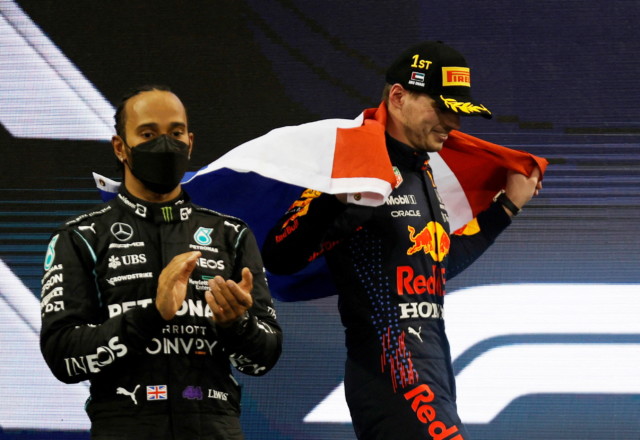 Hamilton remained gracious in defeat, despite the safety car controversy

“In that moment for me, no matter how painful it was – and it was so, so painful – just knowing there would be a kid watching… me shaking his hand just shows there is strength within regardless and I’m going to rise again.”

On Merc’s woes this season, which has seen the car suffer severe porpoising, he added: “I’ve come back into a season and I’ve been struggling all year, and I don’t know why that is the case this year.

“There’s all these other areas I’m strengthening that I didn’t even realise I would have time to do.

“My whole life I’ve focused on… winning is everything, work towards winning. 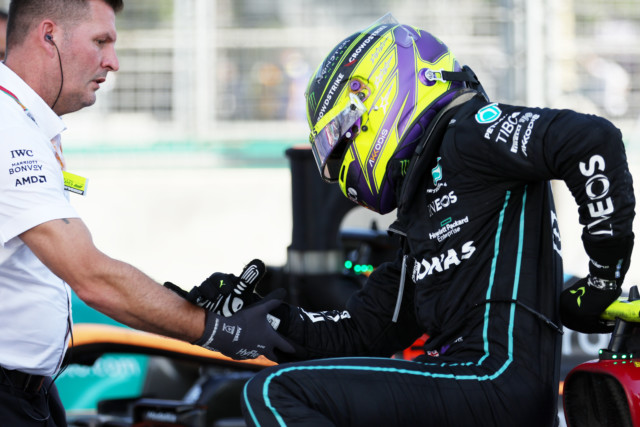 “And so anything but, at times, has felt like a failure.

“I would say that actually I’ve learnt more from the failures.

“The success and everything is a beautiful thing but you learn way, way more when you stumble and fall.

“I used to dwell on things for such a long time, but now I’m able to move on and just apply myself better next time. 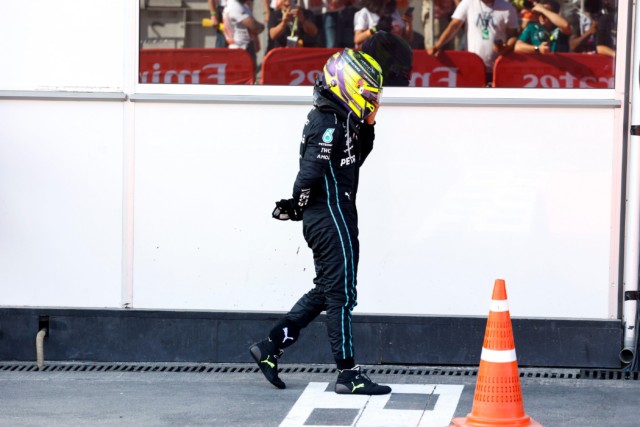 “Work harder, dig deeper, study more – whatever it may be.”

Clear skies may be ahead for Hamilton and Merc as he secured a second consecutive third placed finish at the British Grand Prix on Sunday.

Championship leader Verstappen suffered damage to his car and only managed to cross the line in seventh.

Ferrari’s Carlos Sainz took the win – his first in F1. 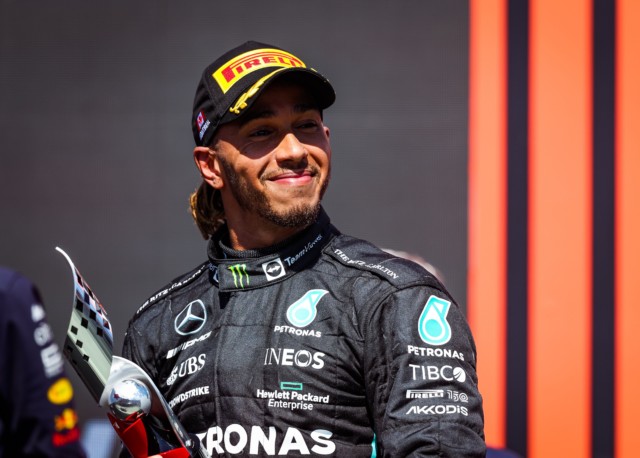 The 37-year-old made the podium in Canada

However, Hamilton felt he could have recorded an impressive ninth win at Silverstone if he had a bit of luck on his side.

A slow pit stop saw him fail to undercut Sainz and Charles Leclerc in the dying stages.

Hamilton was then left to slug it out with Leclerc and Verstappen’s Red Bull team-mate Sergio Perez, who did a fine job at holding him up in the Middle East finale last season.

But Perez managed to beat the Brit to second.

Hamilton said after the race: “I was doing good times and catching them up and had a really good, long stint and I really thought maybe we could fight for the win, but unfortunately the gaps were a bit too big and the pit stop was not very good.

“At the end I struggled with the warm-up and lost out to two cars. It was so tough today.” 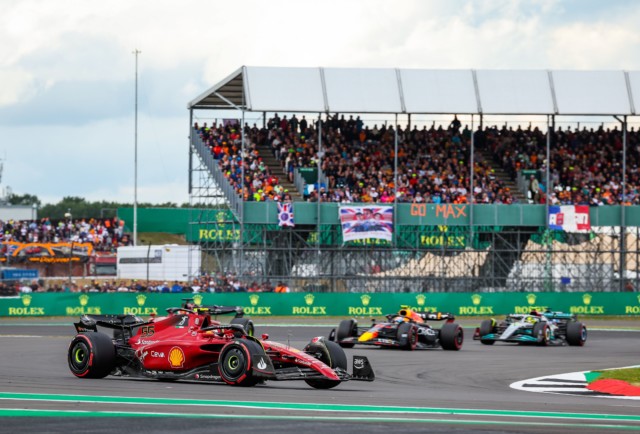 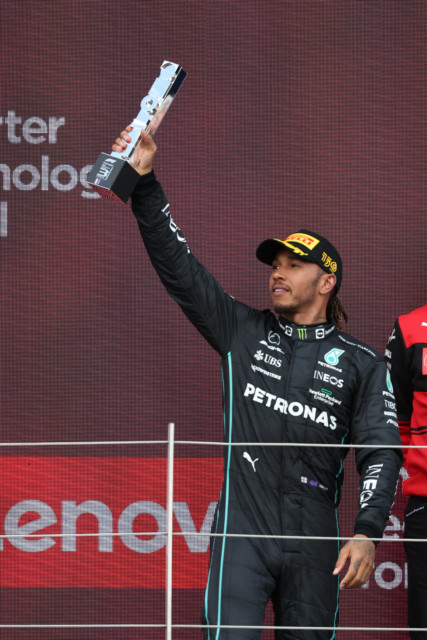 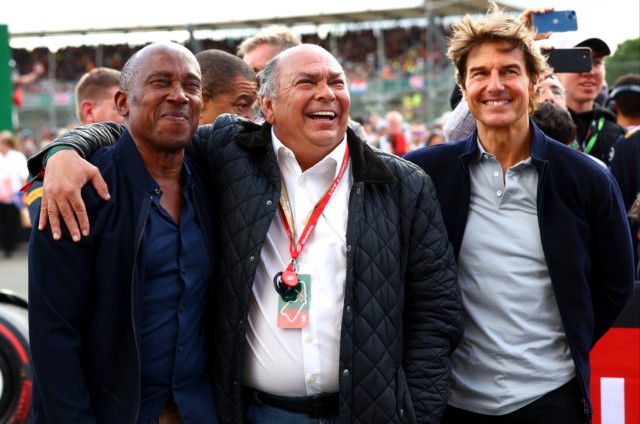