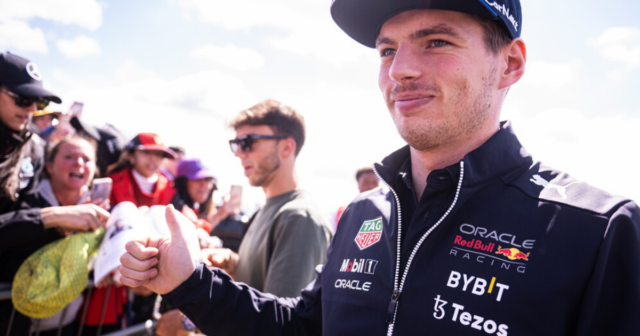 The F1 reigning world champion, 24, has six more years left to run on his deal which expires in 2028.

Max Verstappen could retire in 2028

By that point Verstappen will have 13 years in F1 under his belt and he revealed he may call it quits unless he is still competing for the biggest prizes.

Asked about what he will do when his Red Bull contract expires, Verstappen told De Telegraaf: “Maybe I’ll stop.

“By that time I’ll have been driving around in Formula 1 for a while. It depends a bit on whether the car is good and I still participate for the prizes.

“I can’t stand having to drive in the back of my laps. I’d rather drive in a different class.

” But right now I really wouldn’t want to ride for any other team. So, if you feel good about something and it works, why change?”

Verstappen ended Lewis Hamilton’s four-year reign as world champion last year and is on target to defend his crown this season.

Red Bull have dominated in 2022 with Sergio Perez also second in the overall rankings.

But that could all change in 2026 when new engine regulations are introduced by the FIA.

The sport wants a net-zero carbon footprint by 2030 and plans to introduce engines powered by sustainable fuels by 2026 to reach that goal.

Red Bull is developing its own power source and is set to enter a partnership with Porsche that will need to produce results to keep hold of Verstappen.

Advertisement. Scroll to continue reading.
In this article:callit, maxverstappen, worldchampion