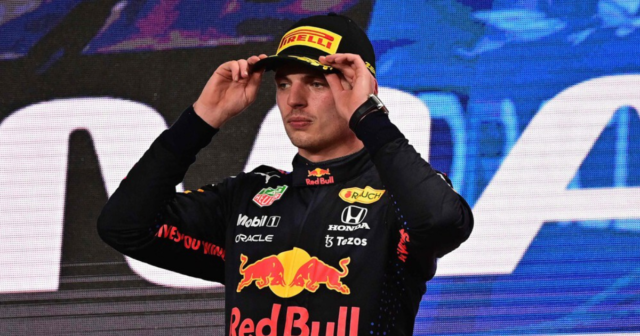 RED BULL’s Max Verstappen has revealed that he could walk away from Formula 1 if he wins the World Drivers Championship this season.

Speaking to BBC Radio 5 Live, Verstappen admitted his view that once a driver wins the World Drivers Championship, that is as far as they can go in Formula 1.

He was asked: “If you do come to be world champion this year and you fulfil that ambition, what ambition is there for you to achieve, what’s the goal?”

And he responded: “In F1 not so much, that’s it… you’ve completed it, and it doesn’t really matter anymore or how many you win because you’ve already won one.

“Of course, I would always try to win more, but that’s done… that’s the final goal.

“I would have worked very hard to try and achieve that, and after that there’s a lot less pressure.

“Of course, I have a lot of fun driving, then maybe slowly start to think about other stuff outside of Formula 1 to achieve.”

Verstappen appeared to suggest that he does not harbour any ambitions of winning multiple championships like his championship rival Lewis Hamilton.

Hamilton, 36, has won a record seven World Drivers Championships, including five of the last seven – and is now challenging for his eighth.

The championship appeared to be edging further in Dutchman’s favour after his impressive double victories in Austin and Mexico City.

But Hamilton clawed back some of the deficit with a stunning drive at the Brazilian Grand Prix, going from 10th on the grid to eventually winning the race.

He then comfortably won his 102nd Grand Prix in Doha on Sunday, despite a spirited fight-back from Verstappen, who finished second.

The Mercedes man is now within eight points of Verstappen at the top of the drivers leaderboard, keeping the pressure on as the season reaches its climax.

Verstappen can claim his first ever World Drivers Championship with race wins in Saudi Arabia and Abu Dhabi, becoming the third youngest driver to do so.

But his comments infer he might quit the sport once he has achieved this ambition, ending an historic rivalry with Hamilton almost as soon as it started.

Former Mercedes driver Nico Rosberg famously retired from motorsport at the age of just 31 after clinching his first world title back in 2016.

The 36-year-old had finished second behind teammate Lewis Hamilton two years running, with the pair having grown up together on the karting circuit.

And Rosberg then shocked the world by calling it quits and retiring just days after finally getting his hands on the World Drivers Championship trophy.

The German said he wanted to spend more time with his family and has also since moved into television punditry, featuring regularly on Sky Sports F1.

As it stands, the final race of the season in Abu Dhabi on 12 December could be the decisive moment in this season’s title race, with both drivers still firmly in it.

This would also mark the first time the title was decided in the season’s final race since Rosberg’s 2016 title victory, which was also clinched in Abu Dhabi.