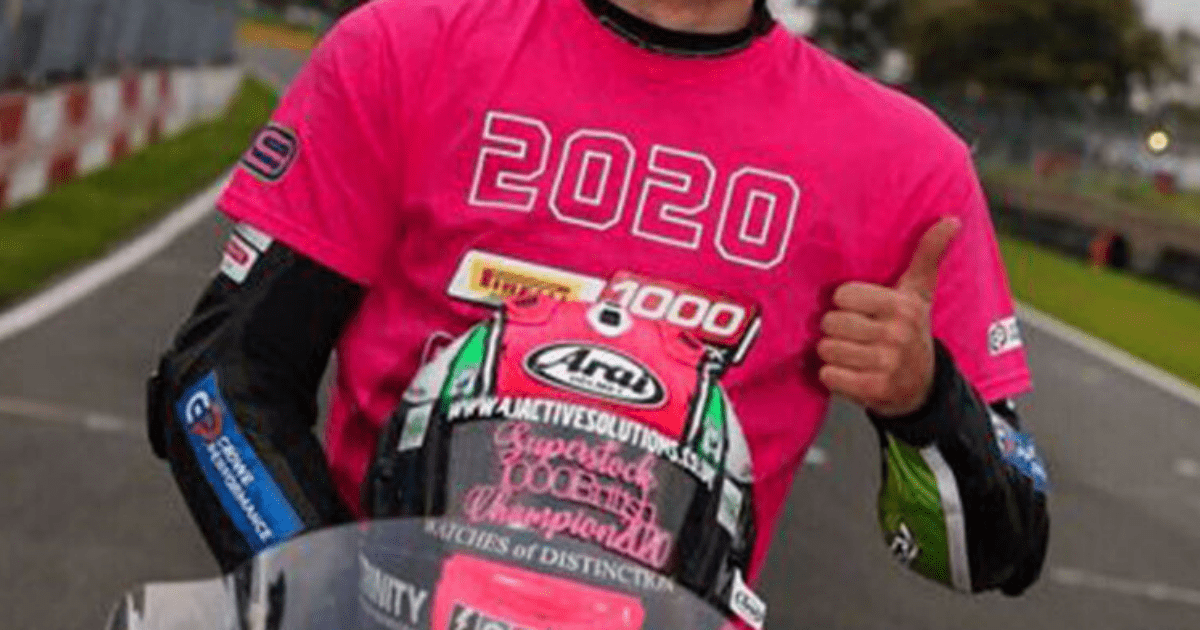 TRIBUTES are pouring in for superbike rider Chrissy Rouse, who has died aged 26, just days after his horror crash at Donington Speedway.

Rouse was taken to hospital after crashing on the final corner and being struck by an oncoming rider.

Rouse passed away aged 26 after a horror crash

The crash happened at the Donnington Park Circuit in Leicestershire

He was competing in the third race in Sunday’s penultimate round.

Rouse underwent an emergency neurosurgery procedure late on Sunday night, but a statement has now confirmed the Crowe Performance rider has passed.

Tributes have poured in for the Newcastle-born fan favourite.

Rouse’s former college have hailed him as a “person of excellence”.

Emmanuel College said on Twitter: “We are very deeply saddened by the death of former student, staff member and friend, Chrissy Rouse.

“Someone who exemplified the spirit of Emmanuel College.

“A person of excellence who lived with humility and demonstrated remarkable love for others.”

A racing fan said: “There really are no words.

“The world has lost a true gent, a top podcaster, British champion and all round nice guy. RIP Chrissy Rouse, you will be sorely missed.”

“He sustained a significant head injury.

“The race was stopped and he was treated immediately trackside by the BSB Medical Team before being transferred to the circuit medical centre.

“He was stabilised and put in a medically induced coma at the medical centre before being transferred to Queens Medical Centre/University Hospital, Nottingham for further assessment and treatment.

“He underwent an emergency neurosurgical procedure shortly after admission.

“It is with great regret that we have to announce that Chrissy Rouse aged 26, from Newcastle upon Tyne, has succumbed to his injuries, and passed away peacefully, surrounded by his family in hospital earlier this afternoon.”

The Motorcycle Circuit Racing Control Board has vowed to investigate how the incident occurred.

The statement continued: “On behalf of Chrissy’s family they wish to convey their deep appreciation for the support and well wishes that they have received in recent days.

“As well they wish to thank all the attending marshals and medical services who provided such skill and care attending to Chrissy.

“The family also ask for privacy at this difficult time as they attempt to deal with their devastating loss.

“MSVR is now working with the Coroner, Police and the Motorcycle Circuit Racing Control Board in order to investigate the full circumstances of this tragic accident.

“Our deepest condolences are extended to Chrissy’s family, friends and team members.”

Did you miss our previous article…
https://www.sportingexcitement.com/formula-1/lewis-hamilton-claims-f1s-integrity-will-be-ruined-if-red-bull-are-found-to-have-breached-114m-cost-cap/

In this article:donington, flood, horror