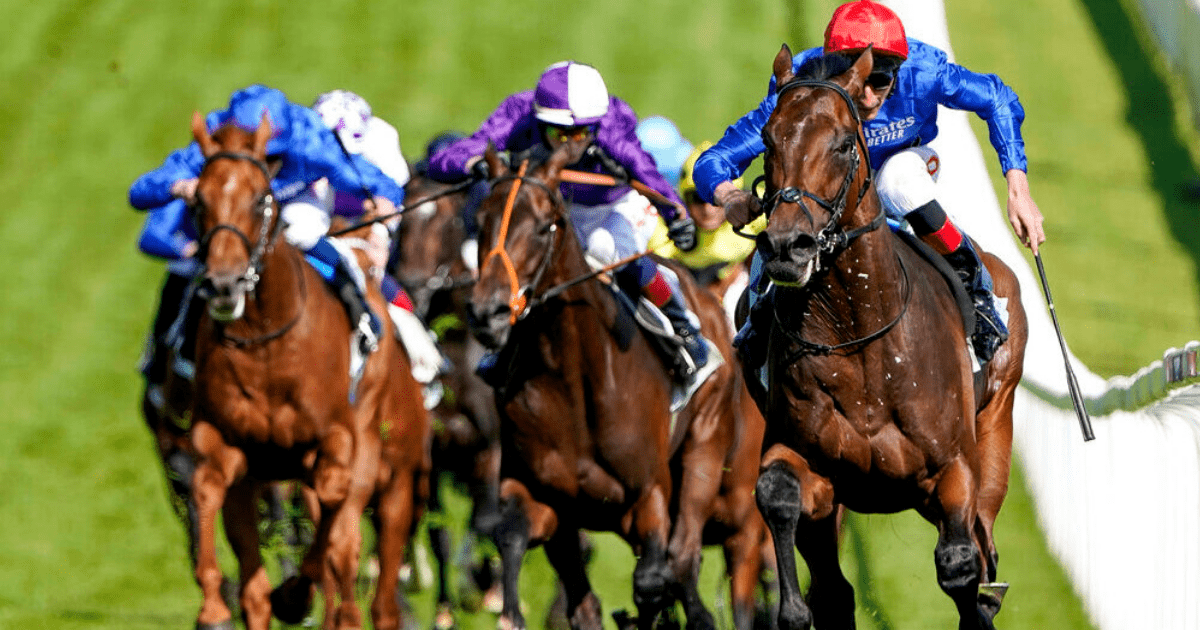 GODOLPHIN have decided to skip the Prix de l’Arc de Triomphe with Adayar in favour of a blockbuster clash at Ascot with Baaeed.

The four-year-old will head to Champions Day on October 15 for the mouthwatering head-to-head after ground conditions turned against him in Paris.

Longchamp racecourse has been battered with rain in recent days, with the ground at the famous Arc track turning Good to Soft.

But the weather forecast is looking increasingly grim for the remainder of the week, with conditions likely to be borderline heavy come race time on Sunday.

Adayar, who bagged the 2021 Derby at Epsom and followed up in the King George several weeks later, finished fourth in the Arc 12 months ago.

He looked the likely winner two furlongs from home, but he became knackered in the closing stages on testing ground and was swamped late in the day.

Trainer Charlie Appleby is keen to avoid the same fate, so he has instead fixed his sights on the unbeaten Baaeed.

William Haggas’ runner looked set for a stroll in the park in the Champion Stakes on his final career start.

But he will now face a very talented rival in Adayar, who was an impressive winner on his return from injury at Doncaster last time out.

In a statement, Godolphin said: “Following discussions yesterday, it has been decided that Adayar will miss the Prix de l’Arc de Triomphe and will instead head to the Champion Stakes where conditions are likely to suit him better.”

Coral immediately cut Adayar into 7-2 (from 5s) for the QIPCO Champion Stakes.

Coral spokesman David Stevens said: “With Adayar heading to Ascot rather than Paris, Luxembourg has shortened at the head of the Arc betting, while Alpinista continues to attract support for Sunday’s big race and is now the 9-2 second favourite.

“While last year’s Derby hero has been trimmed to 7-2 for the Qipco Champion Stakes following the news, Baaeed remains a red-hot 1-4 favourite to end his career unbeaten.”

The decision to skip the Arc in favour of the Champion Stakes received a mixed reception from fans on social media.

One said: “Strange decision. This makes no sense but okay then.”

Another said: “Ah shame, looks an open Arc race. But it’s good though that Baaeed will have a top opponent in his last race.”

While another added: “Suddenly the Champion Stakes becomes interesting.”

The outcome of the Champion Stakes is likely to decide who wins the trainers’ championship.

Current leader and defending champ Appleby is only £140,000 ahead of Haggas, and the winner of the Champion Stakes will net a whopping £740,000.

Did you miss our previous article…
https://www.sportingexcitement.com/horse-racing/mystery-owner-drops-2-3million-on-superstar-colt-blackbeards-sister-as-horse-transfer-window-starts-with-epic-showdown/

Advertisement. Scroll to continue reading.
In this article:ascots, plots, triomphe