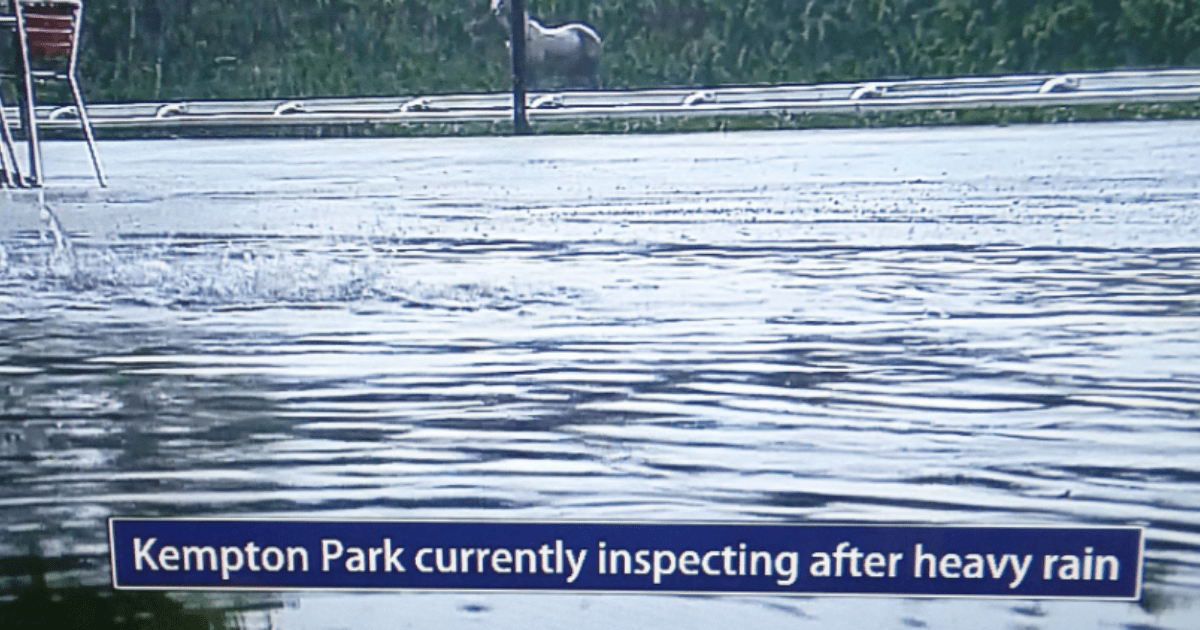 KEMPTON was forced to abandon its entire meeting on Wednesday evening – after torrential rain battered the course.

Punters robbed of a night’s betting saw the funny side though, asking how an ‘all weather’ track could possibly be cancelled.

The truth was the rain was such that water was gushing off and around the track though.

The official reason given was that racing was off due to ‘unsafe conditions’.

One witty punter wrote in reply on Twitter: “All weather my a**e.”

One quipped: “Water polo anyone?”

While another wrote: “Thought racecourses wanted some rain!”

The seven-race Unibet-sponsored card was due to get under way at 5.05.

A Class 4 race over a mile scheduled to run at 7.20 was to be the feature where Kaatibb was in as a the 15-8 favourite.

The amazing downpour that battered the Surrey track came after weeks of record-breaking temperature near the capital.

Going on day one of the York Ebor Festival was described as good to firm after the track missed forecast thunderstorms on Tuesday night.

However it looked like similar conditions had made their way to Kempton, ultimately forcing the card to be scrapped.