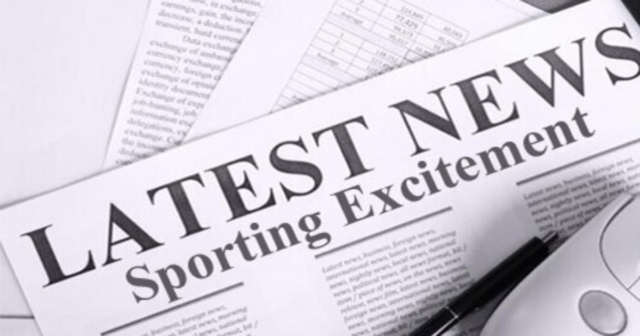 SNOW LEOPARDESS is on the Becher Chase prowl.

She is a proper staying chaser who jumps well so should love the challenge of Aintree’s Grand National fences.

Charlie Longsdon’s mare was a cracking fourth in the National Hunt Chase at Cheltenham before a solid sixth in a Grade 3 on the Mildmay course here. She returned with an impressive success at Bangor and looks ideal for this challenge.

Mac Tottie won the Grand Sefton here last month and should see out this longer trip. He’s a big threat along with Vieux Lion Rouge who is going for an impressive third win in this race.

Kimberlite Candy is another who enjoys this track, while you can’t ignore Scottish Grand National winner Mighty Thunder.

Tout Est Permis looks the pick of the big prices after a good fifth in strong company at Navan on comeback.

DREAM alive. Classy chaser with a Grade 2 second at his best and went well for a long way in the Grand National before unseating four out. Shorter trip will help and experience over fences a plus. Every chance for Henry De Bromhead.

LORD help him. Jumped around here when ninth in the Grand Sefton but found the ground too quick when pulled up in the National. Still 16lb higher than last win and needs much more rain.

CANDY can. Has finished second in the past two runnings of this before getting no luck in the Grand National when hampered a couple of times. Goes well fresh and track clearly suits so has solid each-way claims.

TOUT sweet. Returned to form with good fifth in strong company at Navan on comeback. Made bad mistake at the Canal Turn in the National before being pulled up but one of the better outsiders.

MIGHTY chance. Scottish Grand National winner who found 3m too short when fourth in the Charlie Hall at Wetherby on comeback. Jumps well so should handle fences and his stamina will be an asset.

NOT Raven about him. Won the 2020 National Hunt Chase but has struggled since including in a Down Royal Grade 1 last time. Trip will suit and he’s down the weights but recent form is a concern.

BEN when? Has had his injury worries with just three runs since his 2019 Rowland Meyrick win at Wetherby. Didn’t fire back at the Yorkshire track last month and needs this course to rekindle his spark.

ISLE pass. Decent handicap chaser who stays well and is a decent jumper. He struggled on comeback at Cheltenham but should be better for the run. Needs a big personal best from 10lb above his last win.

LION heart. Brilliant record over these fences was blotted with his fall in the National when going well but he’s got two wins and a second from his five cracks at this race. He’s only 5lb higher than last year’s success and has had a pipe-opener at Chepstow. Major player again.

FAL guy. Hasn’t won for two years and showed his age when midfield in the Kerry National at Listowel last time. Might be stretched by this trip too.

HOT Tottie. Won the Grand Sefton over these fences well last month when jumping well. Had lots left in the tank crossing the line so should handle this longer distance. A 7lb rise for that is fair and he’s right in the hunt again.

ILLE run well. Has been running well without winning including when a close-up sixth in the Midlands National last time out in March. Softer ground would help but he’s a solid jumper who could run on into a place.

GIANT Leop. Ran well in Graded company on the Mildmay Course at the National meeting and came back with an easy win at Bangor last month. Jumps really well so should handle the fences and a 5lb rise looks fair. She can go very close again.

DID not. Has run well a couple of times in the Grand Sefton over these fences but this longer trip should suit better. Looked rusty on comeback at Ascot and needs to take a big step up from that.

HIT Height. Jumped well when a distant sixth in the Grand Sefton here last time having won that race in 2020. Has come down the weights and goes on any ground. Could sneak a place if seeing out this longer trip.

COB stale. Has won a couple of times at lesser levels with testing conditions suiting him best. Last seen struggling at the Cheltenham Festival and this looks a tall order.

WORTH a check. Improving chaser who came back from a break with a career-best second in good company at Ascot last time. He’s a decent jumper so should handle the track and his staying power gives him a chance.

COMING to Breuil. Inconsistent chaser who was a distant third in this race last year and seventh in 2019. He needed his quiet comeback run at Fontwell last time and will be fitter here. Is down the weights and one of many with place claims.

LOW Hill. Put a run of poor efforts behind him with a decent comeback sixth at Carlisle last month. He stays well but will need his very best to land a blow against these stronger rivals.

VIO can go. Good fourth behind Mac Tottie in the Grand Sefton here last time on his UK debut for a yard that does well in this race. Can improve on that and not discounted from out of the handicap.

ABA out of tune. Bits and pieces of form in France over shorter trips and one of three outsiders running for this owner. Tough race to make his UK debut.

PASS on Paso. Impressive form figures in France but in much easier races than this. Is more than two stone out of the handicap so best watched on his first run for David Pipe.