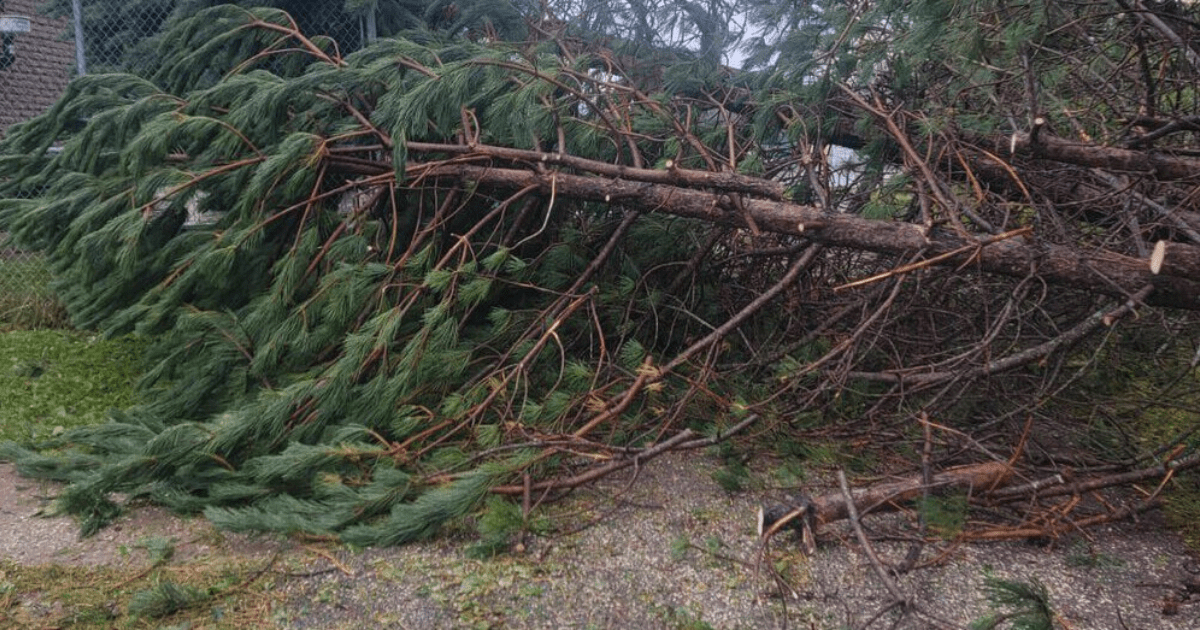 THIS is the unbelievable moment a van ploughs into two horses seconds before a race in scenes of utter chaos. 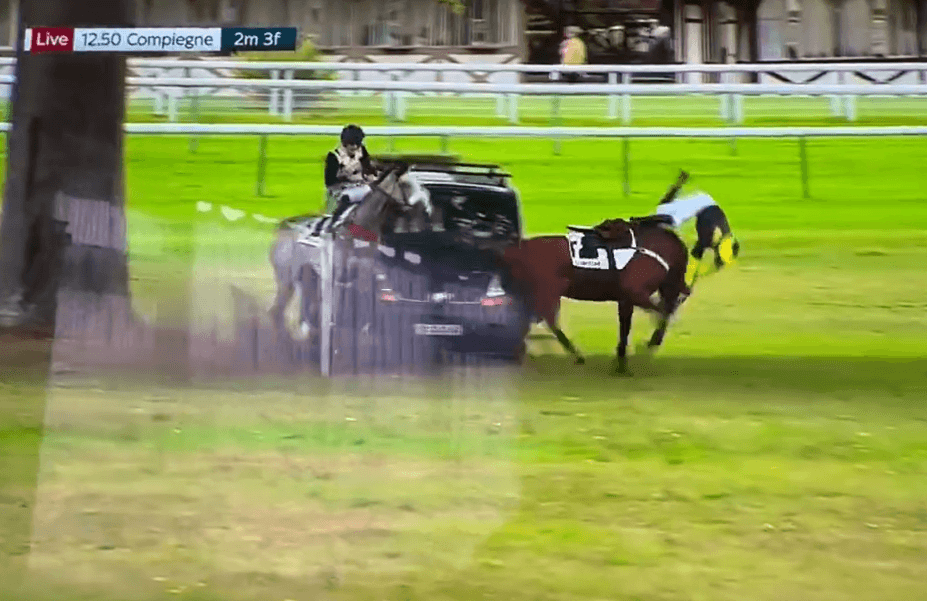 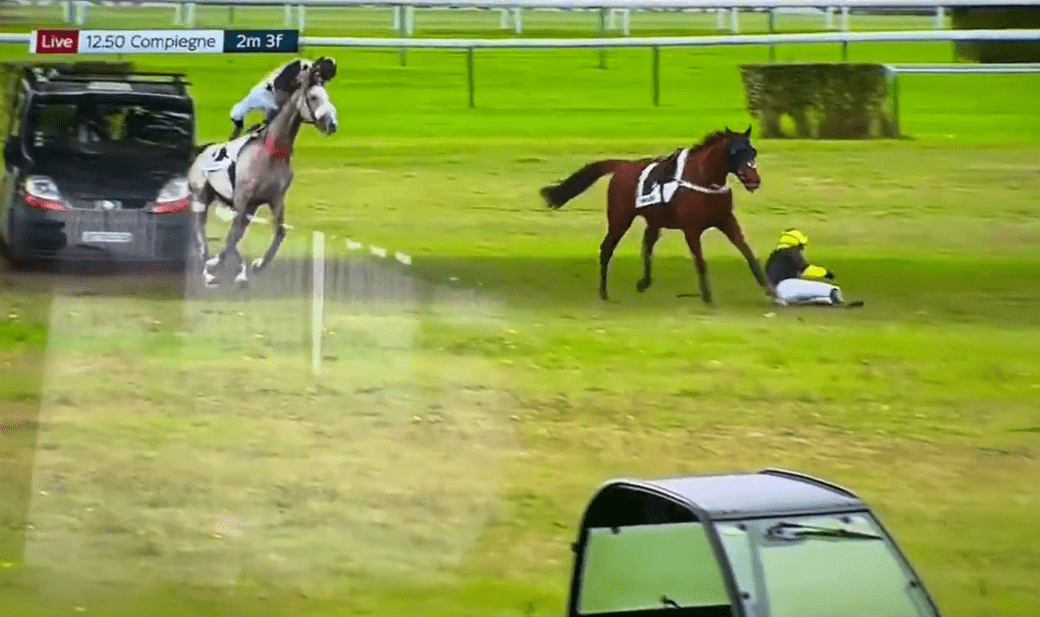 Very odd one in France there…a van just ran into two horses? How the hell has that happened? pic.twitter.com/hEYeW2V3qx

Two racehorses were shown going down to the start when a van emerged from behind a tree and drove into them.

The jockey on the front horse was sent flying from the saddle and somersaulted to the ground.

A second horse, a grey running in behind, also clattered into the side of the van but the jockey managed to stay on.

Miraculously, it is believed neither of the horses or jockeys were harmed.

And even more incredibly, the second horse to get hit, Happyday, actually went on to win the race.

Punters who witnessed the scenes watching on TV simply could not believe what they had just seen.

One said: “Crazy. Never seen that before on a racecourse.”

Another Twitter user commented: “Utter madness. Got to feel for the poor horses and connections.”

One post read: “Wow that’s awful. How does that even happen?!”

While another said: “Never seen anything like this before. Bizarre incident, hopefully all OK afterwards.”

The crash came before the big-money 12.50 contest run over 2m2f at the course north of Paris.

Victory for 4-1 second-favourite Happyday was worth just over £53,000.

The front horse whose jockey went flying, John Locke, a five-year-old gelding, was withdrawn from the race.

In this article:chaos, scene, vans