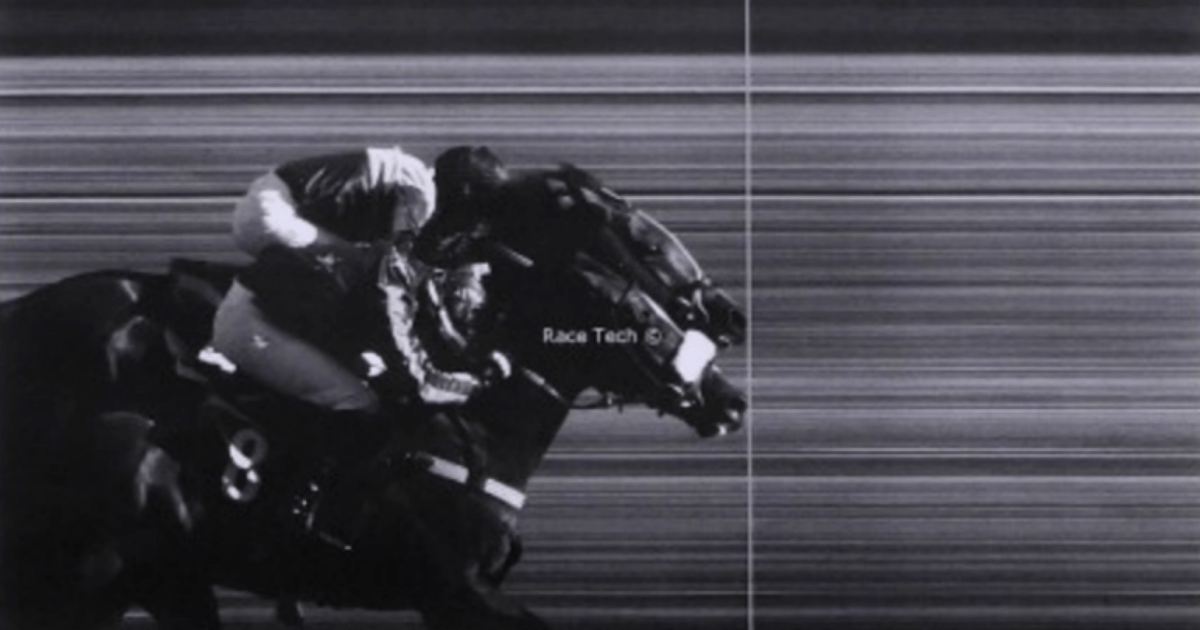 A RACEHORSE trainer’s freak prediction came true when two of his horses won the SAME race.

In what is believed to be a historic dead-heat in this country, Keiran Burke oversaw a crazy draw between The Height Of Fame and Maroochi at Newton Abbot on Monday.

This amazing photo shows the freak dead-heat at Newton Abbot – believed to be one of, if not the first, dead-heat between two horses trained by the same person

Jockey Gavin Sheehan looked to be in control aboard the former but a mistake at the last hurdle let Harry Kimber in.

They battled it out right to the post, where stewards ruled there was nothing to separate them after more than two-and-a-half miles of racing.

But here’s where it gets even weirder.

Fitzgerald, who said he thought the dead-heat between the same trainer’s two horses was a first anywhere, seemed genuinely stunned.

“Keiran might kill me for saying this, but I asked him earlier which of the two horses had the better chance.

“And he said, ‘well, I don’t know but it would be ideal if we had a dead-heat because it would keep all owners happy’.

“So there you go! I thought I had won because I thought my horse had her head down.”

Asked if he thought he had won, Sheehan said: “No! I thought Harry had it. It was a brilliant result.”

The remarkable finish came after bookies had installed Burke’s two runners as the market leaders.

For punters it meant the result was effectively paid out as a half winner each.

For winning, Sheehan and claiming rider Kimber each brought home £2,744 for connections.

Asked what it all meant to him, Burke quipped to Sky: “I’ll take that!”

Dead-heats between one trainer’s horses have happened elsewhere, with one of the most recent being in Australia last June.

There, David Kelley saw his two stablemates Super View and Lady Animalia pass the post together.