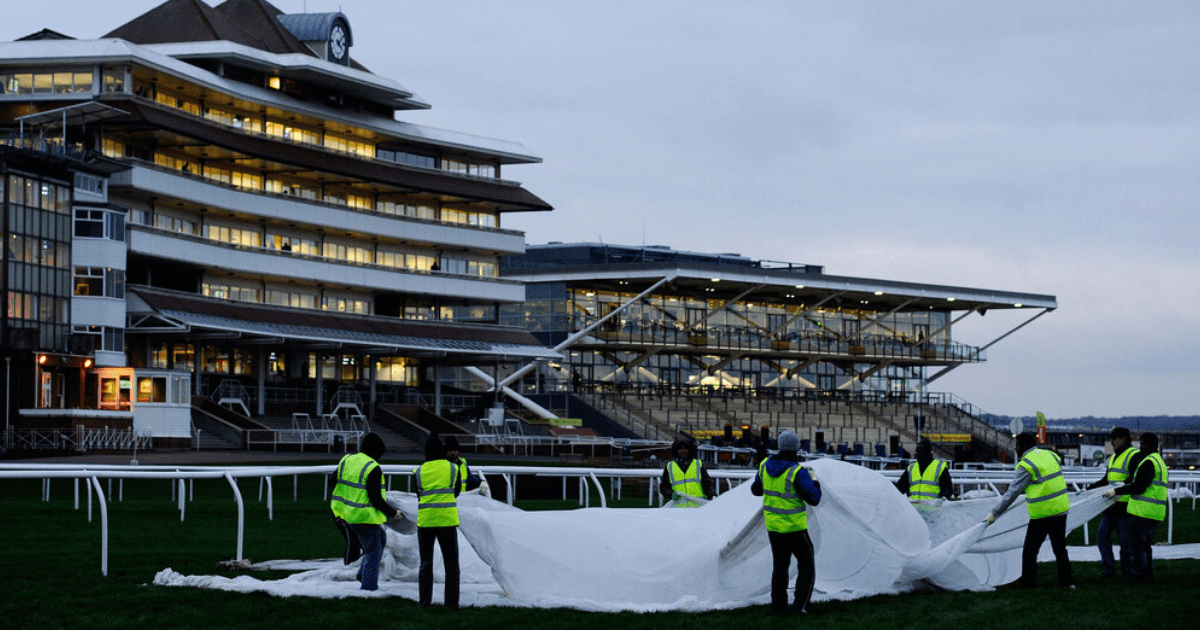 CHELTENHAM’S big December meeting and ALL jumps racing in Britain this weekend is at risk of falling victim to a freezing ‘Arctic blast’.

Leading trainer Gary Moore warned: “There might not be any racing this weekend.”

Hexham already axed its Wednesday card due to frost as the freezing temperatures played havoc with racecourses.

The Met Office has issued warnings for ice and snow as temperatures plunge as low as -10C.

Hexham was forced to cancel as temperatures dipped to -2C following a track inspection at 8am.

Even with the sun out the ground was unsafe to race, with clerk of the course James Armstrong saying: “It’s really frustrating.”

Bangor has called an inspection for Friday – the first day of Cheltenham’s two-day December meeting.

The Gloucester track faces a crucial 48 hours to see if conditions will permit them to race.

Trainers are fearing a weekend wipeout, with treacherous road conditions set to add to the difficulty of getting horses to tracks.

Overnight temperatures are set to hit -4C overnight at the home of jumps racing.

Cheltenham and Doncaster will both put out emergency frost covers overnight in the hope of saving the tracks and their racedays.

As Moore sounded the alarm bells over all the racing being off, he added: “I would be worried about the prospect of abandonments.

“I won’t lose sleep over it but we don’t need to start having abandonments with all the things that have gone on recently.

“The season has never really got going.”

While Nicky Henderson told the Racing Post: “We’re all very worried about it indeed.”

Saturday is set to see jumps action at Cheltenham – where the feature race is the Grade 2 International Hurdle – plus Doncaster and Hereford.

Action on the all-weather at Newcastle and Wolverhampton should hopefully be safe.