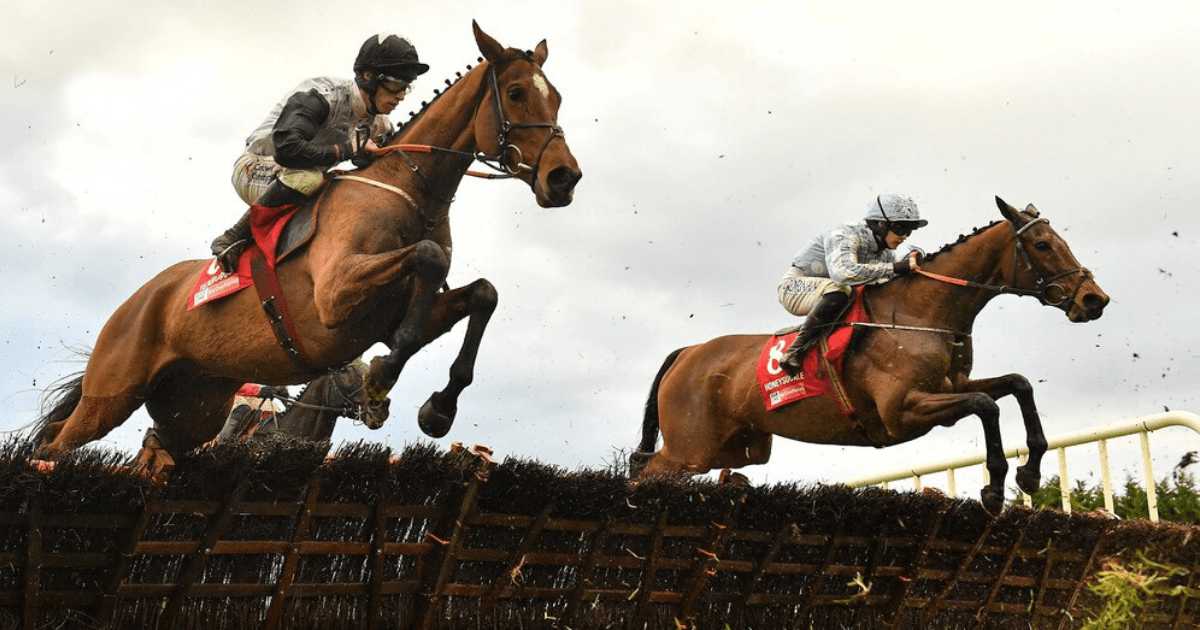 HONEYSUCKLE has been crowned Horse of the Year at a prestigious awards do – the day after losing for the first time in her amazing career.

Kenny Alexander’s wondermare could finish only third when bidding for a record fourth Hatton’s Grace Hurdle at Fairyhouse on Sunday.

Teahupoo, left, saw off Honeysuckle in a thrilling Hatton’s Grace – but that didn’t stop the mare being crowned Horse of the Year at a glitzy awards do

However, it was not enough to stop her picking up top horse honours at the Horse Racing Ireland awards on Monday.

Huge questions remain on where Honeysuckle will run in March, though.

Some punters were suggesting retirement should be on the cards, especially as she has nothing left to prove after dominating for so long.

Speaking after her defeat, owner Alexander said that decision would come down to De Bromhead.

However, the Scot’s racing manager Peter Molony explained where Honeysuckle is likely to be targeted next.

He said: “At the moment, the Irish Champion Hurdle is the plan.

“It was a good run on Sunday, her first run of the season and we’re happy, so onwards and upwards.”

The Irish Champion Hurdle takes place in February during the Dublin Racing Festival.

If running, Honeysuckle will go for a fourth straight win, one behind the record set by Hurricane Fly.

A mouthwatering clash against Constitution Hill at March’s Champion Hurdle had looked on the cards.

But Nicky Henderson’s stable star is now as short as 2-7 to win while Honeysuckle is as big as 8-1.

Did you miss our previous article…
https://www.sportingexcitement.com/horse-racing/lots-of-casualties-mayhem-unfolds-at-tramore-as-three-jockeys-all-fall-at-the-same-hurdle-including-odds-on-fav/