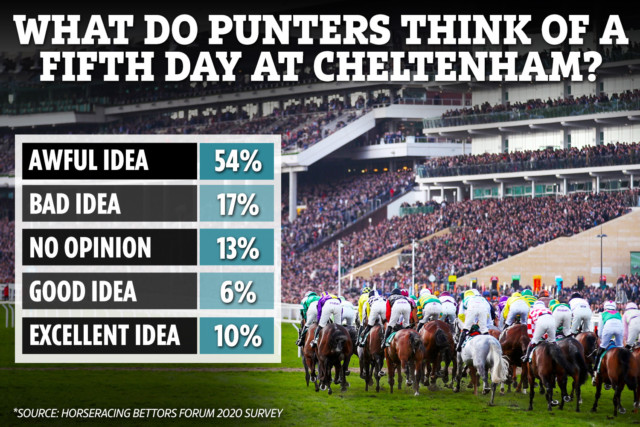 CHELTENHAM FESTIVAL is set to be expanded to five days – even though more than half of punters think it is an ‘awful’ idea.

Racing’s biggest meet takes place over four days in March, with seven races on each day.

But The Telegraph report plans are in place for an extra day’s action, meaning the festival will run from Tuesday to Saturday.

The Gold Cup will still be held on Friday, as is tradition, but there are now set to be six races per day, with two new ones added on the Saturday.

A potential fifth day for the bumper event has been touted widely over the years.

And an April Fools joke saying it was being put in to give British trainers a chance went viral after the dominance of the Irish in 2021.

But it seems that could become a reality from 2023, with the argument for an extra day stronger in light of financial losses brought about by the Covid pandemic.

However, a survey by the influential Horseracing Bettors Forum last year revealed more than half of those who responded thought an additional day was an ‘awful’ idea.

And around 17 per cent of those quizzed believed it to be a ‘bad’ idea.

A Jockey Club spokesman, who ruled out any change in 2022, said: “The last time this was discussed in earnest in public some key stakeholders in our sport expressed their desire for a fifth day.

“We always explore every option to improve the Festival and British racing but we have made no decision to extend the length.”

And top trainer Paul Nicholls said of the plans: “My view is four days is enough, end of story. Four days is plenty.”

Rachael Blackmore was the star of this year’s Festival. 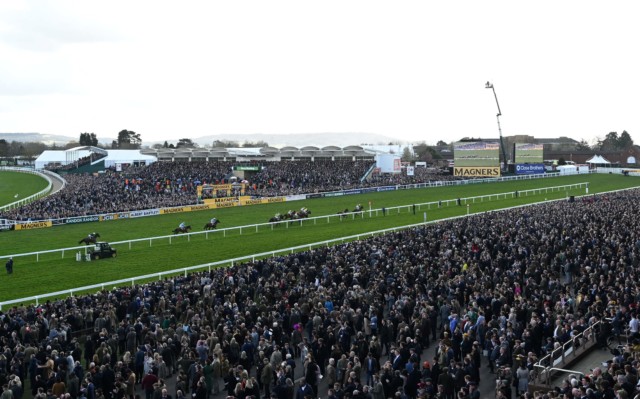 Her wins aboard the likes of Bob Olinger, Honeysuckle and Sir Gerhard helped her become the first woman ever to be crowned top jockey in the festival.

And they put her on the path to global superstardom, paving the way for her Grand National victory the following month.

Cheltenham Festival bosses will hope to welcome back the usual 250,000 punters a week from next year.

Coronavirus restrictions meant it took place behind closed doors in 2021.