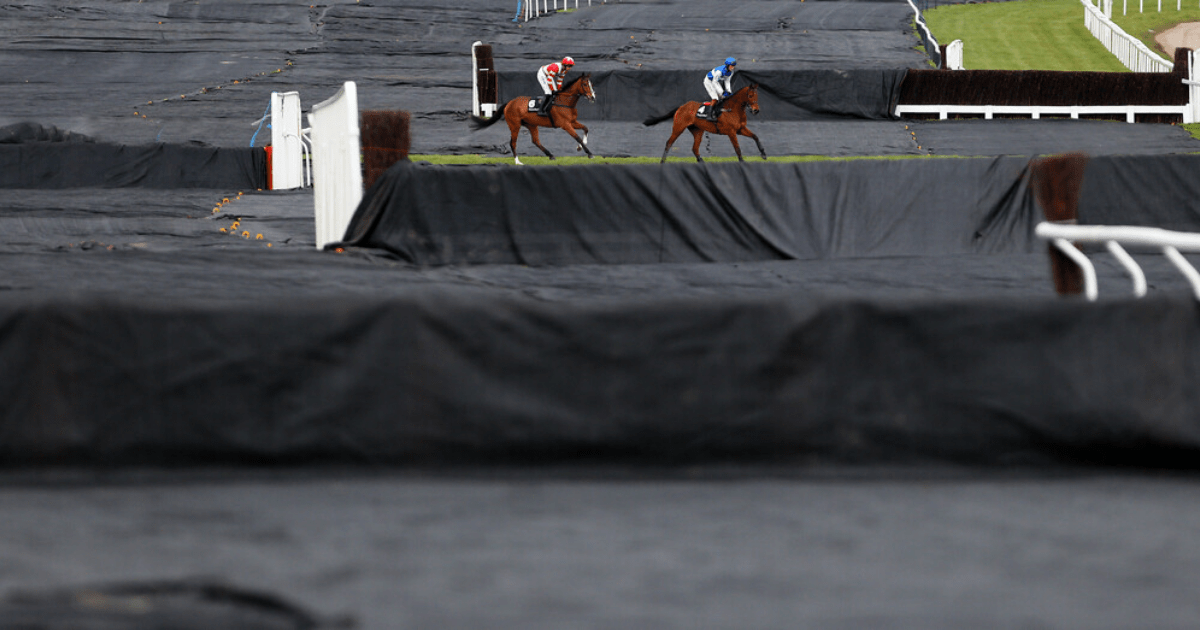 CHELTENHAM racecourse bosses are doing everything in their power to ensure racing goes ahead this weekend.

But the warning signs are ominous with temperatures dipping below freezing and Warwick and Hexham cancelling their cards.

The frost nightmare is not confined to Britain, with Punchestown’s star-studded John Durkan card also a massive doubt.

Temperatures at Cheltenham plummeted to -5C overnight and an inspection for their two-day International meeting has been called for Friday morning.

Covers are down on the track and clerk of the course Jon Pullin said: “We’re doing all we can.”

Already the Cross Country Chase, which was due to see the return of Festival winner Delta Work, has been changed.

The race has been made the first of the day on Friday – but could be scrapped altogether with the covers unable to reach the centre of the track.

Warwick called off their Thursday card at 7am after temperatures fell to -7.4C.

Hexham’s Wednesday meeting was axed with areas of the track frozen.

However, there was good news elsewhere as Newcastle confirmed their seven-race card was going ahead.

Clonmel in Ireland also passed an inspection with the likes of Rachael Blackmore and Paul Townend in action.

Punters will be hoping Punchestown goes ahead on Sunday with Gold Cup favourite Galopin Des Champs set to make his return.

Willie Mullins’ top chaser – who famously fell when miles clear in the Turners last March – is around 11-4 to win the big one.

Victory in the John Durkan last year paved the way to Festival success for Allaho and looks a stepping stone to more joy for Galopin Des Champs.

Taunton’s racing will go ahead on Thursday while Chelmsford’s polytrack action was unaffected.

The frost covers are down at Doncaster ahead of their two-day meeting set to start tomorrow.

While Bangor has called an 8am inspection tomorrow morning for their Friday card.