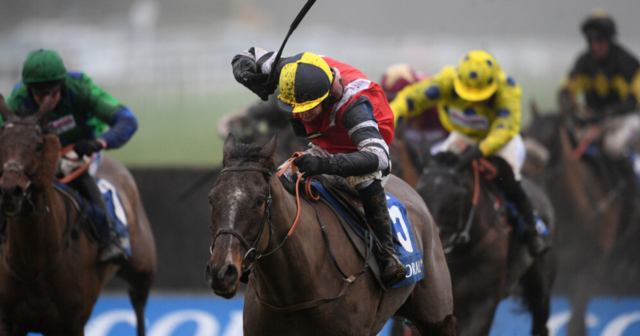 SINCE retiring as a jockey, Christian Williams has reinvented himself as a serious jumps handler on the coast in Wales.

His picturesque yard is now home to some stars of the now and future and he’s already tasted success at the top thanks to Potters Corner’s win in the Welsh Grand National.

“He’ll start off at Aintree this Sunday in a Veterans’ Chase. After that we can go back to Cheltenham for the Cross Country Race, it’s one I like to use and the horses enjoy it.

“I worry now at his age if he’s quite good enough to win another Welsh National but I’d be disappointed if he couldn’t run a big race in something like an Eider Chase or a Veterans’ Final.

“We wouldn’t rule out going for Chepstow again, we’ll have to see how he is in the next couple of months, we just couldn’t get him right all of last year. Aintree was hard as he took to the fences fine, but like I said he just wasn’t firing. It means races like the Becher Chase are options too.

“I’d be surprised if we can’t get him back in some shape, he hasn’t actually got huge mileage on the clock. We’ll try and get him out plenty this year, it sounds as if the handicapper will give him a bit of a chance and drop the older horses quicker this year.”

“He needed his run at Chepstow. Then I think he’ll hopefully run in the Cross Country at the November Meeting.

“We’ll make a firmer plan after that but he would have got a run in the Ladbrokes Trophy off his mark last year and it’s normally a race that horses come from behind in and should suit him.”

“What a race he ran at Chepstow. He’s grown over the summer and could be a serious horse now. We could go to the Charlie Hall now if the ground stays half decent and we like the look of the field.

“The Ladbrokes Trophy might be an option for him too but I’m mindful he’s only five and those big staying chases are wars. His main aims will hopefully be the Welsh National and the Scottish National. “

“He’s a big National Hunt-bred horse and he’s almost twice the size of Kitty’s Light! He’s a horse we’re looking forward to plenty. His aim will probably be the Grand Sefton, his owners Carl Hinchy and Mark Scott are from up there and would love him to win a big one at Aintree.

“They’ve brought that race forward this year so it was good to get get a prep run into him at Chepstow too. He’s a big, gross horse and he’ll come forward for that.

“His current mark gives him a few options and he was progressive last year, you’d hope he could be a bit better than that. He got beat at Ayr at the Scottish National meeting but up until then he’d been very impressive, that might have been one run too many.”

“He’s a hugely exciting horse. It took him a few weeks to settle into the routine and hopefully he can deliver now. He’s a proven, top-class horse and I would have thought we’d start out in the Betfair Chase.

“We’ll probably get a racecourse gallop into him before then or maybe go to Cheltenham with him to school over the Cross Country course. The owner is angling towards staying chases with him and that’s probably the reason he sent him to us as we tend to do well with horses like that.

“We haven’t fully mapped things out yet but I’d imagine he’ll be aimed at the King George, Gold Cup and races like that.

“He was second at Kempton last year to Frodon, he’s proven at the top. If we can keep him sound and have a good, clean run with him then fingers-crossed we can keep dreaming.”

“She was well-handicapped going to Cheltenham and that was a job well done, she looked a million dollars that day and did us proud. She’s owned by great owners who have had horses for years and to give them a Cheltenham winner was one of the highlights of last season.

“After that we went to France and for her to win was great. She looks a bit unexposed over fences and could be another one for the big staying chases. She can be ridden from behind and she looks a proper stayer – she won on the bridle at Cheltenham with 12 stone on her back over three miles and two.

“Whether she’s a horse that comes into her form in the spring I’m not sure but we scoped her last week and she had grade 3 ulcers so if we can rectify that that may be something.”

“We’ll take our time with him a bit more. He had a stop-start season last year, he’s only a young horse. He hasn’t been with us that long so we’ll steadily try and get him going and get him progressing.

“But on paper it’s very exciting, long-term we’d hope he’ll be a National type of horse or perhaps even better a Graded horse. We’ll have him in a novice chase when he’s ready to go and go from there.

“He’s already a Grade 2 winner and wasn’t miles behind Envoi Allen in the Ballymore. It’s about the long-term with him though, he’s a great big horse with a big engine.”

“He’s one of our highest-rated horses now, he’s up at 146 and we bought him out of Jessie Harringtonn’s yard. He didn’t seem to take much racing there so that’ll be the first aim just to bring him on a bit.

“He can run in graduation chases, we’ll find our feet with him in those and hopefully turn him into a National type horse.

“He might be a Foxhunters kind of horse. We’re not in a huge rush to run him and he probably needs soft ground, we’ll probably get him out in November.”

“I still don’t know how he got beat in the final at Haydock, he led everywhere but the line. He should progress again this year.

“We thought we were going nowhere with the likes of Cap Du Nord last year and then he found 20lbs of improvement. I can see similar happening here.

“He’s a good galloper, jumps very well but just wouldn’t want the ground too soft. He’s only lowly-rated so you can’t get too excited but we’d hope he’ll be better than that.”

“He was my very first runner and one of our very first winners and has won the big race on the final day of the year at Sandown and won at the Tingle Creek meeting too.” 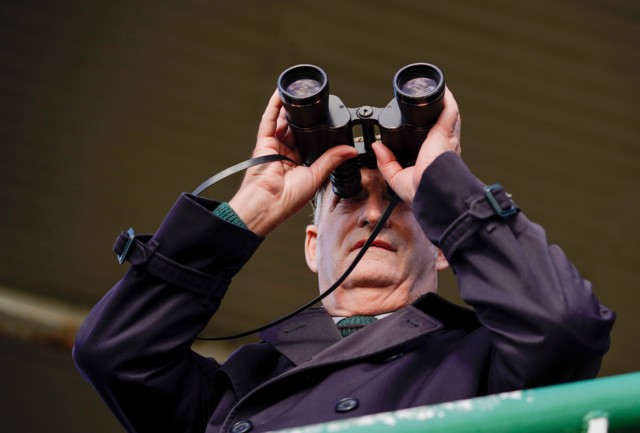 “She was exciting when she won first time up at Warwick, beating the geldings – it looked a decent race. She’s by the same sire as Bravemansgame and she’s a good scopey mare to look forward to. She’ll go novice hurdling, she’s schooled well, and we can go from there.”

“He won very nicely on debut and Jack Tudor struggled to pull him up after that. He wasn’t even four then and he’s a nice horse, we’re excited about him. He’s a good jumper so we’ll go novice hurdling with him, there’s no point trying to carry a penalty with him in another bumper.”

String To Your Bow

“He’s one of the younger horses we’re most excited about. He’s come in from the Irish Point-to-Points.”