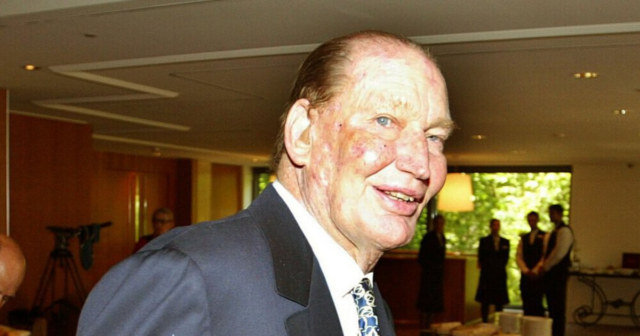 A PUNTER with very deep pockets won £11million on a horse – but only after a cheeky remark from the jockey dared him to bet big.

The pair were in the paddock before the running of the 1993 Victoria Derby at Flemington racecourse Down Under.

Hall was about to jump on the fancied Mahogany when Packer, a giant of a man, approached.

The jockey recalled their encounter to That’s Racing, and said: “I’m standing next to this bloke who’s worth $12billion, and I’ve got $12.

“It’s not normal for a 4ft jockey to be asking a bloke who’s 8ft how much you’ve had on it.”

It was then the conversation took on an edge, with Hall’s remark testing Packer’s nerve and ultimately forcing him to bet really big.

Hall continued: “I said, ‘what, did you drop your handbag? Go and have a decent bet, this will win by a minute’.

Thankfully Hall knew what he was talking about as he steered Mahogany to a whopping seven-length victory at odds of 9-2.

All in all it led to a payday of around £11m for Packer – that’s pure profit.

His total collect including stake was around £13.5m.

As a way of thank you to the horse – and not necessarily Hall – Packer later named the ‘Mahogany Room’ at his Crown Casino in honour of the horse.

Larger-than-life Packer was known for his ‘outrageous’ excesses with money – as well as his incredible business mind.

He is once said to have tipped casino staff $1m – and paid off the six-figure mortgages of two different cocktail waitresses.

Packer, who died in 2005, suffered a heart attack in 1990 and was dead for six minutes but was revived in an ambulance, one of the few at the time with a defibrillator.

HELPED OTHERS WITH MONEY

After that, Packer stumped up $2.5m of his own cash to ensure every ambulance was fitted with one, and they came to be known as Packer Whackers.

Of course, Packer is not the only one to have made the bookies weep with a big bet.

Sun Racing recently told you how one punter put his last £62 on Frankie Dettori – and ended up a multi-millionaire.

Yates pocketed the half million winnings after Dettori rode his legendary Magnificent Seven at Ascot in 1996.

Did you miss our previous article…
https://www.sportingexcitement.com/horse-racing/matt-chapman-reveals-his-five-horses-to-follow-this-season-with-an-eye-on-winning-the-biggest-races