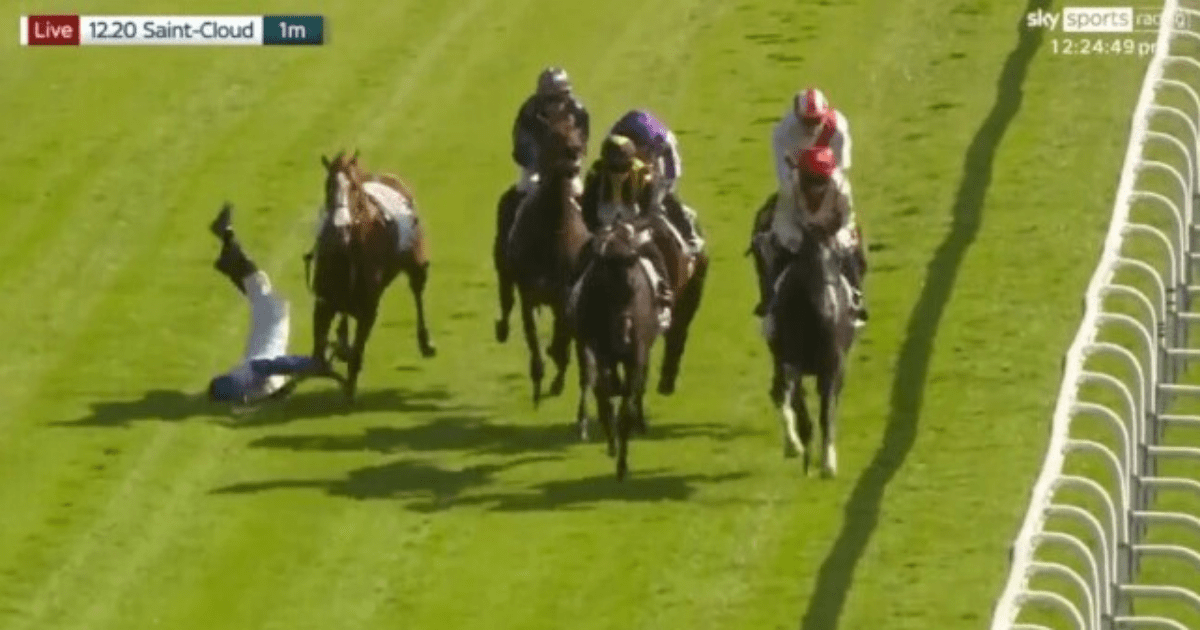 CHRISTOPHE SOUMILLON has been given the elbow by his boss after he pushed a rival off their horse.

The world-famous jockey stunned the racing world when elbowing Rossa Ryan mid-race, causing his to crash out of the saddle.

The Belgian, 41, was immediately hauled in by the racecourse stewards and hit with a two-month ban.

He apologised after the incident, but he was still allowed to ride in the Arc de Triomphe on Sunday, much to the disgust of many racing fans.

He ended up finishing second in the big race on Vadeni, who is owned by his big money retainer, the Aga Khan.

The retainer is believed to be worth hundreds of thousands of pounds every year, with Soumillon also getting a slice of breeding rights to any Aga Khan horse that goes on to become a stallion.

The writing appeared to be on the wall for Soumillon after the Aga Khan’s daughter, Princess Zahra, voiced her displeasure at the incident.

She said on Saturday: “We talked about what we could do and according to the rules of racing it was too close to this weekend, so we’re concentrating on the racing and will talk to Christophe on Monday.

And after a meeting on Monday afternoon, the Aga Khan decided to permanently sever ties with Soumillon.

The pair have enjoyed dozens of big races wins together over the years, from Dalakhani and Zarkava in the Arc in the early 2000’s to Vadeni in this year’s Coral-Eclipse.

Soumillon told the Racing Post: “I am of course very disappointed to lose my retainer with the Aga Khan, but I am immensely proud and honoured to have held such a highly esteemed position for so long and wish them continued success.

“I realise that I have bridges to rebuild, am determined to show commitment and desire to those owners and trainers that wish to engage my services.”

A statement from Aga Khan Studs added: “Following last Friday’s incident at Saint-Cloud, which resulted in the fall of Rossa Ryan, the Aga Khan Studs have taken the decision to cease their retainer with jockey Christophe Soumillon with immediate effect.

“From this week onwards, Soumillon may still ride in the Aga Khan silks on occasion at the discretion of the French trainers and the Aga Khan Studs team.

“At this stage, there is no intention to retain a jockey in France for the foreseeable future.”

Advertisement. Scroll to continue reading.
In this article:pushed, sacked