Coutinho kept calling me – not for a transfer but a horse! Football superagent Kia Joorabchian takes racing by storm
Advertisement 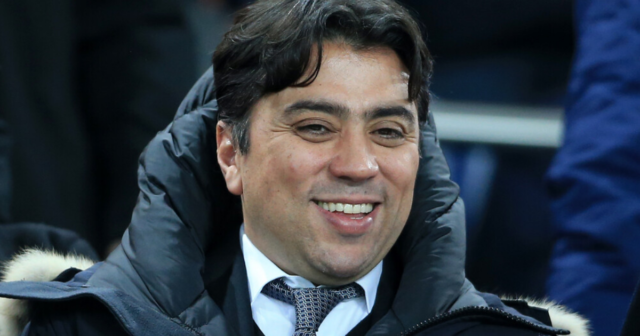 KIA JOORABCHIAN’S phone rings – but for once it’s not about sealing another huge football transfer.

It’s Philippe Coutinho. The topic of his recent move to Aston Villa doesn’t come up.

All he wants to know is when his agent is going to buy another horse.

Because with Amo Racing, Joorabchian is building a yard he hopes will one day be powerful enough to take on the billionaires behind Godolphin and Coolmore.

It’s fair enough to say the 50-year-old businessman is on the right track.

But what makes it all the more remarkable is that just five years ago Joorabchian rang trainer and friend Michael Bell telling him he desperately wanted out.

Joorabchian, who famously orchestrated Carlos Tevez’s move to Manchester City in 2009, had been stung before.

Hurt, betrayed and feeling like he’d been mugged off, Joorabchian vowed to fight back.

And he did, until the dreaded run of losers and never-ending training bills got so much that he wanted no part of the sport anymore.

Joorabchian told Sun Racing: “Michael and David Simcock are the two reasons why I kept going. Michael is such a good person.

I WAS DONE – I WANTED OUT

“When I was really down and out I called him and I said, ‘I’m done. I don’t want any more racehorses. I keep buying them but I don’t want to anymore, I’m done’.

“He said, ‘I’ve just bought this horse. You’ve been such a loyal supporter I’m going to give you this horse’.

“This horse went out and won. He was called Freebe Rocks.

“That just revived me again. After that I went all out to create this team.”

Since then, horses like Group 2 winner Hello You have flown the flag for Amo Racing.

But look at the results and, along with Mojo Star and Go Bears Go, who will have top young jockey Rossa Ryan in the saddle today, you will see a lot of twos.

One thing Joorabchian craves is a Group 1 winner – for him and the footballers he has horses with.

Coming in at a fraction of the £152m Coutinho cost Barcelona in January 2018, Olivia Maralda could be that horse.

Joorabchian and Coutinho paid £460,000 for the filly at the Craven Breeze Up sales last month.

Only one horse from the 162 lots cost more.

FROM HEARTBREAK TO SPENDING MILLIONS

Joorabchian said: “I have my players involved because they saw my excitement in it.

“Coutinho bought a couple with me, Neto from Barcelona too. Lucas Leiva, Andreas Pereira as well.

“It’s exciting because we can also make it more fun and dynamic for younger people to join.

“These guys joining racing is nothing but good for the sport, it needs more younger people.

“I didn’t have to convince Philippe very hard to buy a horse – he kept calling me!

“He said he wanted to buy some horses.

“I said, ‘OK, come to the sales with me and we’ll pick the horse together, because I’m not taking responsibility for this. I know what will happen. If the horse doesn’t win I will pick up the bill!’

“So Coutinho and I went to the sales and we bought Olivia Maralda. He was contacting me all the time. Him and Barcelona keeper Neto, they kept calling me saying, ‘when are we going to buy a horse?’

“We have a horse called Brazilian Princess and another Ti Amo Sempre owned by the three of us.

“I hope we have success with them. But keep an eye on Olivia. I’m sure we’ll buy another at some point and we’ll give it to Dave Loughnane.”

The Michael O’Callaghan-trained Olivia Maralda was due to make her debut in a Group 3 at Naas last weekend but was given another week to get ready for the 1.40 at Curragh on Sunday.

Before that Joorabchian will watch Malex contest the Irish 2000 Guineas on Saturday – where Native Trail is huge favourite – and Crispy Cat the Group 3 GAIN Marble Hill Stakes.

After that it’s all systems go for Royal Ascot in June.

Joorabchian says he’s like David taking on the Goliaths of the Flat racing game now.

But armed with a squad of young trainers including 1000 Guineas hero George Boughey and Alice Haynes, it might not be long until he’s the one looking down on the rest.

Did you miss our previous article…
https://www.sportingexcitement.com/horse-racing/racecourses-shrug-their-shoulders-at-fans-complaints-while-stewards-fail-to-quiz-connections-of-shady-gamble/