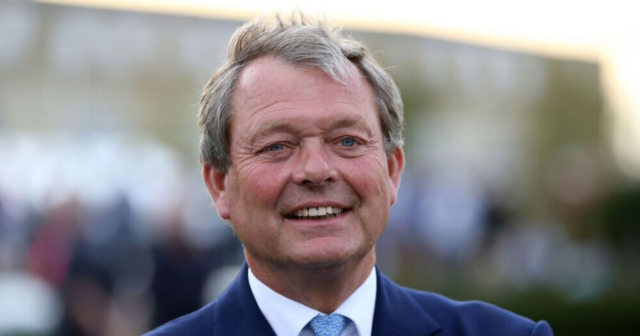 TOM MARQUAND is out to score some brownie points for his boss William Haggas in today’s Ebor.

He rides big-race gamble Hamish in the £500,000 handicap and the horse is owned by the trainer’s dad Brian.

Trainer William Haggas has so far drawn a blank at York

Despite a lengthy 18 month layoff, punters have latched onto the five-year-old who was last seen finishing fourth in the Hardwicke at Royal Ascot. He’s been backed from 14-1 in to 6-1 clear favourite with Coral.

Marquand laughed: “It would be great to do it for William, I know how much he wants to do it for his father! There’s a bit more pressure than usual.

“The only worry is the layoff, he ticks plenty of boxes otherwise.

“You need to be a Group horse to win the Ebor these days and I know they like him a hell of a lot at home.

“He goes on any ground really looking at his form and we know he loves the track so fingers-crossed.

“We’re yet to get on the board but we’ve hit the crossbar and I think this would probably be the one we’d like most!”

You’ll do well to find a more competitive race all season with 22 horses primed for the first prize.

Irish raiders Sonnyboyliston and Mirann have also both been popular at around 10-1 for trainer Jonny Murtagh.

But Coral report plenty of dosh for the Haggas hotpot.

Coral’s Dave Stevens said: “Although we’ve seen some top class performances from the likes of Mishriff and Snowfall at York this week, it’s a case of saving the best until last for many punters, with the Ebor the big betting race of the meeting.

“In the last 48 hours Hamish has been the big mover in the Ebor betting, from 12-1 down to clear favourite at half those odds, and with trainer William Haggas making it clear this is one race he’d love to win as a proud Yorkshireman, I doubt we’ve seen the last of this gamble.

“If Tom Marquand’s mount does the business this afternoon, the bookies will be well and truly hammered by Hamish.”

Did you miss our previous article…
https://www.sportingexcitement.com/horse-racing/superstar-stradivarius-bounces-back-to-winning-ways-in-thrilling-lonsdale-cup-victory-as-frankie-dettori-chokes-up