Gordon Elliott’s legendary horse looks unrecognisable in new career – can you work out who it is?
Advertisement 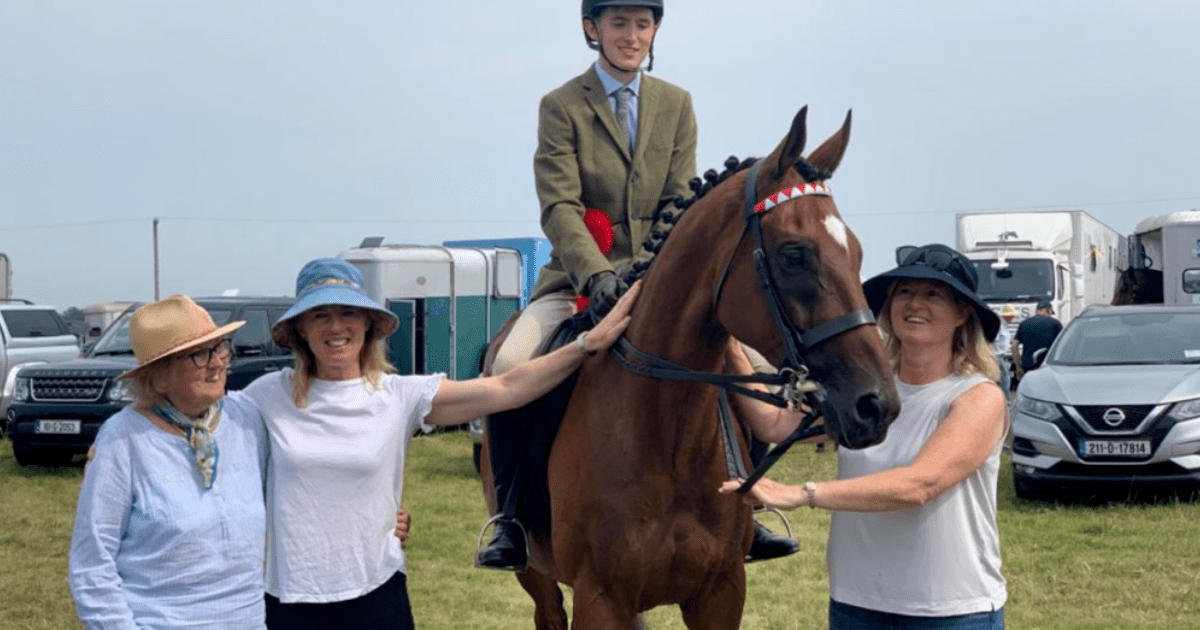 DO you recognise this legendary part of Gordon Elliott’s superstar stable?

Here are some clues…

Do you recognise the former Elliott stable star?

You might remember him winning on the biggest stage

He’s 12 years old, retired earlier this year in a heartbreaking defeat and won just under £1.5million for connections.

Still not got it?

The Gigginstown-owned hero won the world’s most famous race in successive years from 2018.

These days, though, he has swapped the terrifying Aintree fences that strike fear into the hearts of jockeys for the more sedate pace of a county show.

Elliott posted two photos of his former stable star loving his retirement with the caption: “Great to see Tiger Roll excelling in his second career.

“Congratulations to Ted and Tiger on bringing home first place at Tullamore Show.”

Some 60,000 people flocked to Ireland’s Tullamore Show, a celebration of livestock held in Co Offaly over the weekend.

And it seemed like just as many online were delighted to see the Tiger having a great time now he’s done with racing.

One said: “I absolutely adore this horse I backed him in the two Nationals at 20-1 and the Triumph Hurdle.”

Another wrote: “Awesome. I love the horse! May he be happy in his second career.”

A fellow Twitter user commented: “Tiger Roll is a genuine bona fide legend. May he had a long and happy life ahead.”

While another wrote: “He looks in lovely condition. Hope he has many happy years ahead.” 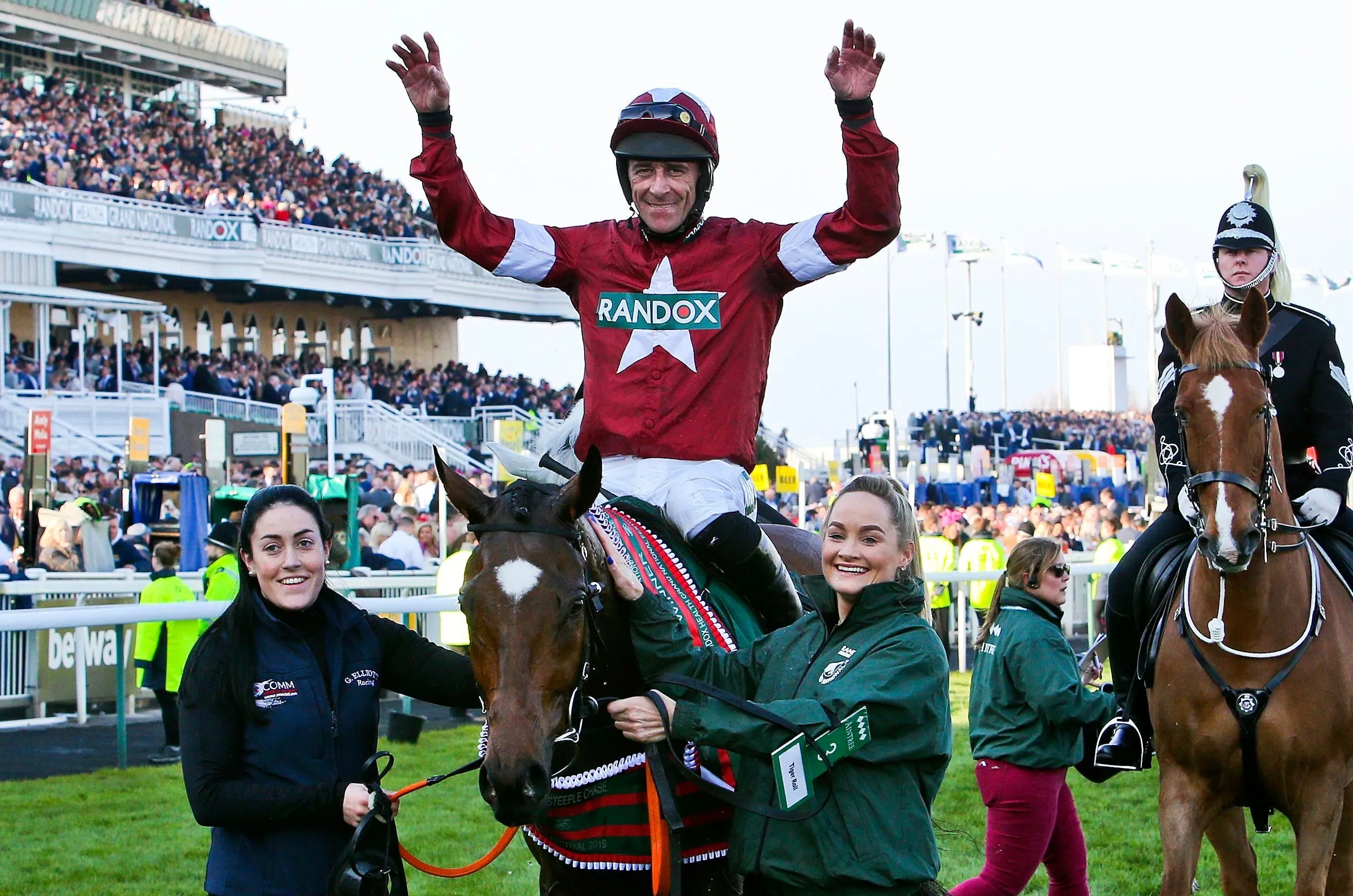 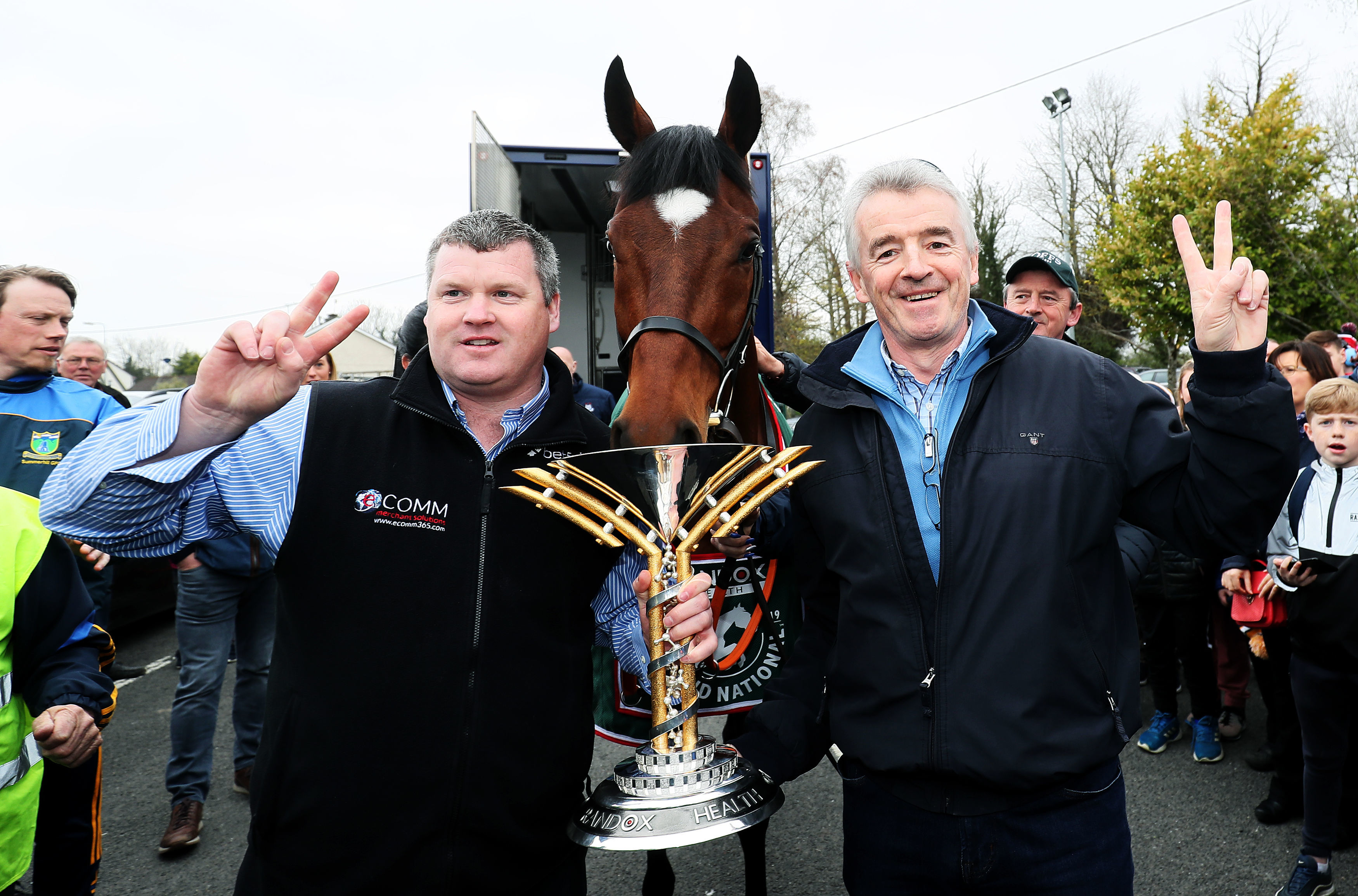 Elliott and O’Leary, the Ryanair boss, celebrate after the Tiger’s second National win

Did you miss our previous article…
https://www.sportingexcitement.com/horse-racing/rail-strikes-to-hit-yorks-iconic-ladies-day-as-racecourse-bosses-scramble-contingency-plan-for-punters/