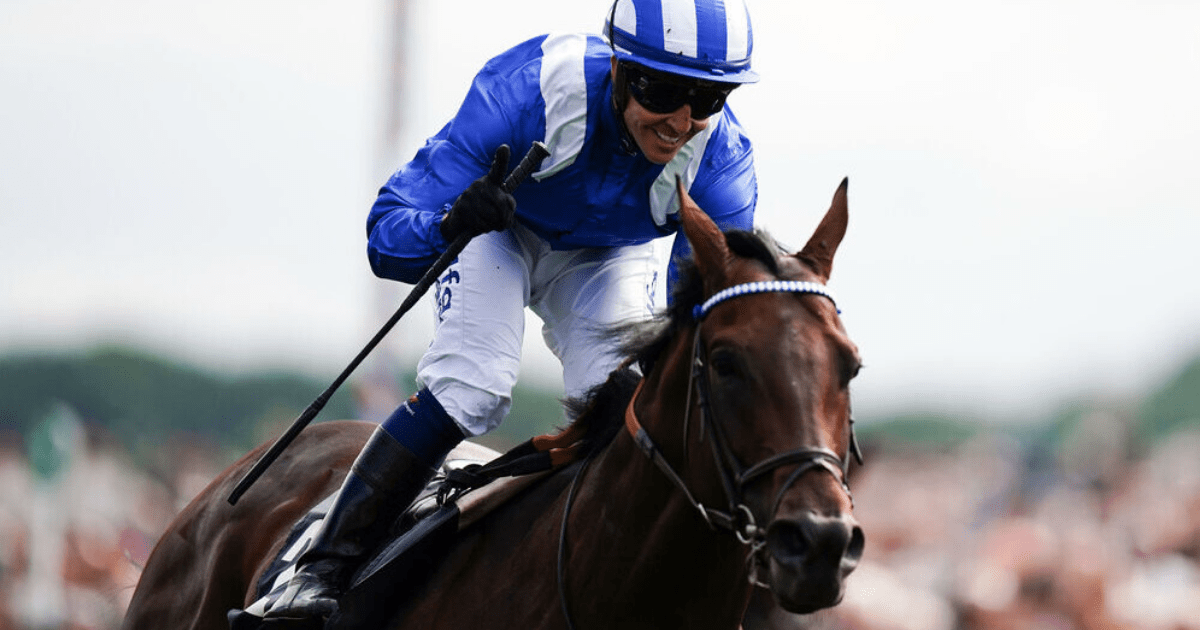 GUTTED fans were all left saying the same thing after superstar horse Baaeed demolished rivals in one of the greatest performances ever.

William Haggas’ unstoppable colt made it a perfect ten from ten with a devastating victory in the Juddmonte International.

Sent off the massive 2-5 favourite, Baaeed made a mockery of those questioning his ability to handle his new trip.

Baaeed had previously done all his winning at a mile but was stepping up to 1m2f for the first time.

And questions over his ability to cope with it were thrown straight in the bin as he won going away from last year’s winner Mishriff to record victory by almost seven lengths.

In the words of respected racing TV personality Brough Scott, he ‘murdered’ them.

The huge win immediately raised questions about Baaeed going to the Arc in Paris in October.

But connections were quick to quash that notion and said the final race of his amazing career will come on Champions Day at Ascot later that same month.

An astonishingly lucrative career at stud awaits where he will surely bring in millions upon millions for owner Sheikha Hissa.

But Baaeed fans and punters were left gutted upon learning they will only get to see him race once more.

One wrote on Twitter: “As a horse racing lover, this is sad news.”

Another said: “The best horse in the world and they’re going for the easier option, so disappointing.”

A fellow user wrote: “As expected, wouldn’t be going over an unknown trip in October weather.

“This is the downfall of flat racing, you only see these horses for a year or two at their best and then they’re off to stud.”

While another punter said: “We do like to moan don’t we – but the Champion Stakes as a final target for Baaeed is really very, very dull.

Baaeed is currently 1-2 to land the Ascot Qipco Champion Stakes on October 15.