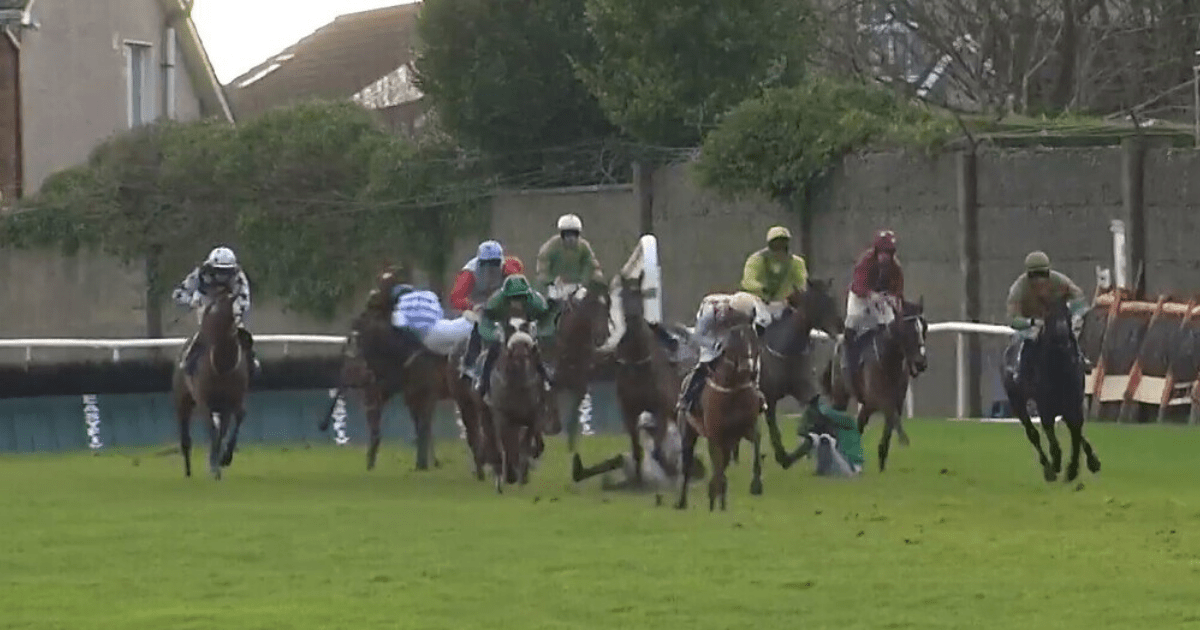 ‘MAYHEM’ unfolded during this horse race when three unlucky jockeys all came crashing down at the same hurdle.

Jack Kennedy was among those to hit the deck but thankfully emerge unscathed amid scenes of chaos at Irish racecourse Tramore. 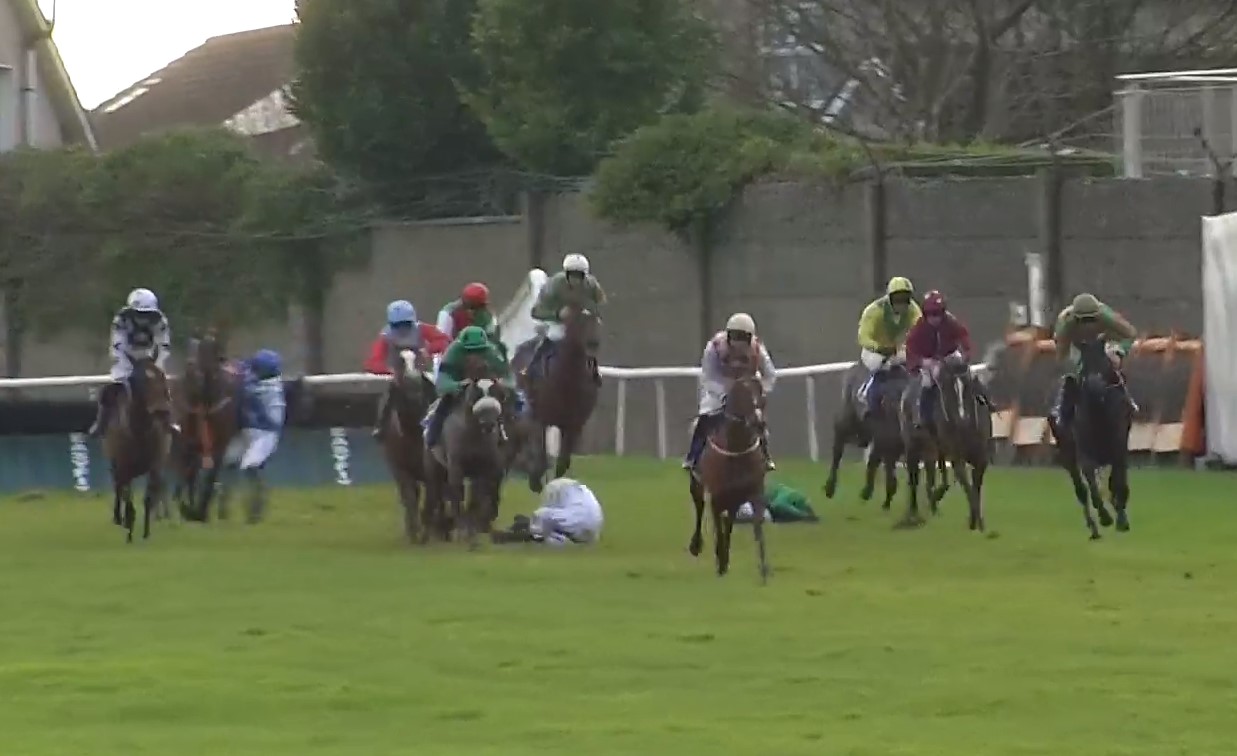 Former Gold Cup hero Kennedy was on Gordon Elliott’s 4-11 favourite Arctic Ambition when he got hampered and unseated three out.

Paul Nolan’s 20-1 shot Mullins Cross did the damage when falling three out.

That had a domino effect, causing Kennedy to come down and jockey Sarah Kavanagh from 20-1 outsider Kilkenny Star.

The race commentator Peter O’Hehir said ‘lots of casualties there’ as the jockeys eventually got to their feet and the horses ran on.

The carnage was good news for Cheerful Chap, as he ran out an easy winner of the incident-packed contest.

Conor Brassil surged clear before the second last before popping the final flight to run out a seven-length winner.

Winning trainer Noel Dooly told irishracing.com: “With the casualties at the third last you don’t know what would have happened, but Conor thinks he had loads of horse underneath him. He won well.

“Conor didn’t even realise there were loose horses until they came at him at the second last.

“He thought it was a horse sneaking up his inner.

“He ran well the last day in Limerick and I haven’t done a whole lot with him in the two weeks since.

“He got a mark of 95 and this was his first handicap obviously.

“I think he is a nice horse and we’ve always thought a lot of him. I’m surprised he didn’t win a bumper in the summer but I think mentally he just wasn’t there.

“He is getting there now and that ground is exactly what he wants. He’d plough away through it all day.”

The card saw jaw-dropping scenes of a different kind earlier on when Cheltenham Festival fancy Gaelic Warrior won by a stunning 86 lengths.

A narrow runner-up in last year’s Boodles, Willie Mullins’ hurdler was cut by a few firms after a devastating success.

Coral’s David Stevens said: “Having been sent off at 1-12 for his seasonal reappearance, Gaelic Warrior duly won as those odds said he should, and he remains at double-figure prices for his possible targets at this season’s Cheltenham Festival.”

Advertisement. Scroll to continue reading.
In this article:including, jockeys, thesame