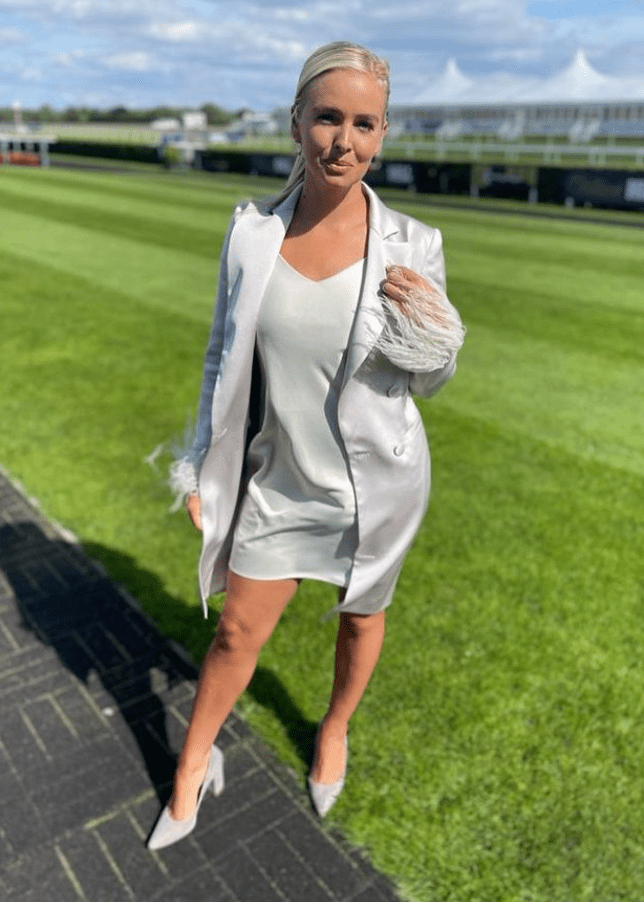 BRAVE racing star Leonna Mayor has revealed she is living with a ‘rapidly worsening’ skin condition in an emotional Instagram post.

But the ITV Racing expert and former jockey said she is learning to love and embrace her vitiligo.

Mayor is a star of ITV and Sky’s racing coverage, establishing herself as an authority on all things tipping and form

Sky Sports Racing presenter Mayor said now is the time to ‘feel happy being me regardless of what anyone else might say or think’.

It is thought one per cent of the population live with vitiligo, which causes patches of the skin to lose their pigmentation.

The main symptom of vitiligo is flat, white spots or patches on the flesh.

Initially, the vitiligo may start as a paler segment than the rest that gradually becomes completely white.

Showing tremendous courage, Mayor wrote: “So many times, I’ve started to type this post and then deleted it because I’ve never really known where to start or even how to start, however I’ve reached a point where I’m more comfortable in my skin and want to share a message that I hope might help others… even if it’s just one person who can relate.

“Since I was a teen I’ve lived with vitiligo, which as you know, is an auto-immune condition which causes patches of skin to lose its pigment.

“My auntie has vitiligo so it has been something that I’ve grown up seeing but in all honesty being familiar with it didn’t mean I wasn’t scared or embarrassed when I discovered patches on my skin.

“My skin changes have rapidly worsened over the last two years, and I now have a lot of patches under my arms, on my thighs and my face.

“I used to always cover them up with camouflage make-up and avoided pictures or wearing clothes that would reveal my skin.

“I know by sharing my story on social media I may receive some negative comments but I’m finally learning to love my skin and feel happy being me regardless of what anyone else might say or think.

“We all have our imperfections that make us who we are. Let’s embrace them, appreciate them and always be kind to others.”

Mayor’s message prompted an outpouring of support from her followers.

Mayor opened up to Sun Racing last year on the difficulties she has encountered since breaking through on ITV.

Also a regular on Sky, she has been a target for trolls.

But it is to her credit that she has risen above it and made a real name for herself in front of camera after quitting her career in the saddle in 2012.

Unusually for a jockey, Mayor, dubbed ‘the world’s sexiest jockey’ even posed in lads’ mag Zoo.

But now she’s known for being an authority on all things form and more than holding her own on the award-winning terrestrial coverage.

Did you miss our previous article…
https://www.sportingexcitement.com/horse-racing/watch-the-ridiculous-moment-dozy-groundsmen-are-almost-run-over-at-fence-during-horse-race/