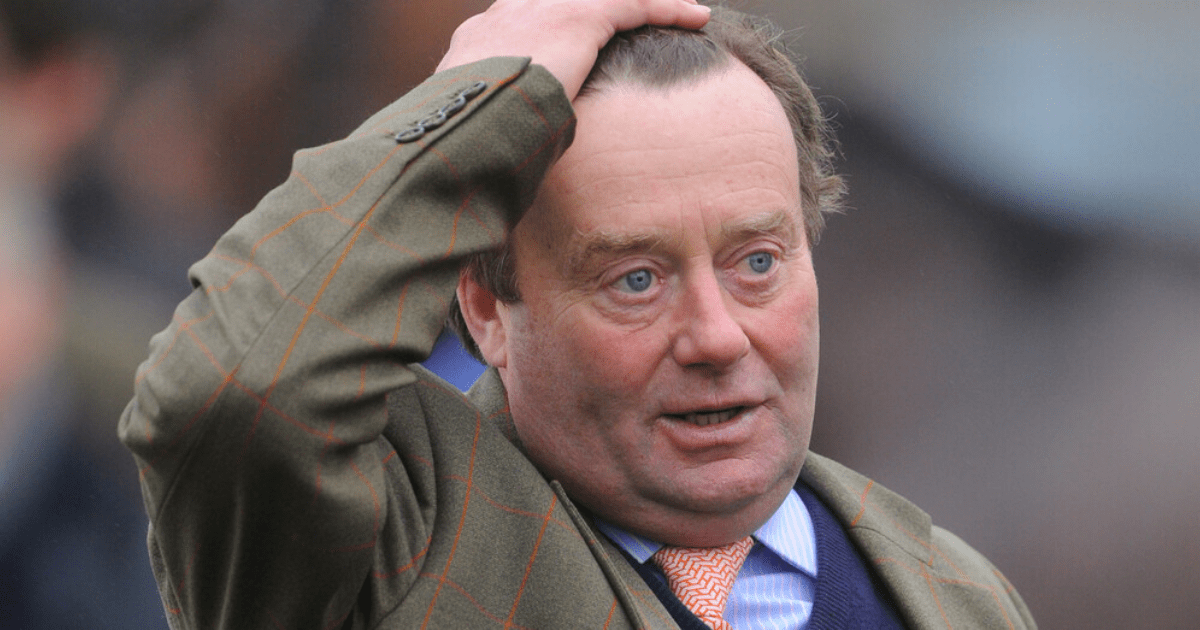 NICKY HENDERSON has revealed he has taken sleeping tablets ‘every night without fail for the last 20 years’.

The legendary horse trainer says the stress of staying at the top of the game keeps him awake – and in a weird twist of fate it could be Not So Sleepy giving him nightmares on Saturday.

The duo will do battle again on Saturday in the same race – but it’s Hendo’s Constitution Hill who will be the star of the show in the Grade 1 hurdle.

All roads lead to Cheltenham for last year’s breathtaking Supreme winner, who is red-hot fav to end Honeysuckle’s vice-like grip on the Champion Hurdle.

But Constitution Hill is just one of 150 thoroughbreds in Hendo’s care.

So much so that he would often wake in the middle of the night agonising over his runners.

But in an interview with the Racing Post, he revealed how he has managed to calm down with a little extra help.

He said: “I go to bed worrying most night. I’ve taken sleeping pills every night without fail for the last 20 years.

“I know it’s all in my head, but if I didn’t take them it would be a waste of time going to bed.

“If I wake during the night I find it impossible to go back to sleep.

“We actually got some help from a lovely man in London.

“What he prescribed aren’t drugs, I promise you, and they aren’t addictive, but they’re a bit like little happy pills.

“Since I’ve been taking them I can get straight back to sleep.”

Funnily enough, Not So Sleepy could keep Henderson tossing and turning ahead of Saturday.

The ten-year-old was all heart when passing the post with Epatante 12 months ago.

But it’s clear bookies think there is only one winner.

Betfair price Michael Buckley’s Constitution Hill 1-4 to win the Fighting Fifth, with JP McManus’ mare Epatante 7-2 and Not So Sleepy a distant 14-1.

Did you miss our previous article…
https://www.sportingexcitement.com/horse-racing/inside-hollie-doyle-and-tom-marquands-japan-adventure-including-jockey-jail-black-ice-cream-and-big-winners/