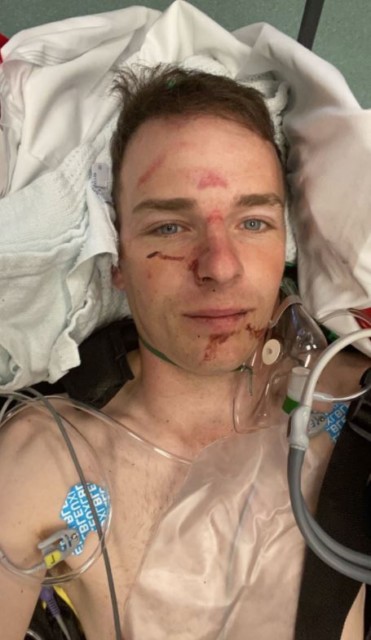 JOCKEY Micheal Nolan has posted a hospital bed selfie after breaking his back and ribs in a horror fall at Southwell.

Nolan is set for surgery today after coming off the Seamus Mullins-trained Ardbruce at the second fence in the first race.

Nolan reassured fans he was OK following his horror Southwell fall which broke his back and a ‘few’ ribs
The jockey, in the yellow cap and green sleeves, somersaulted over the head of his horse and whacked the turf face-first

On-course medical crews rushed to Nolan’s side after he somersaulted over the top of the eight-year-old’s head, forcing a 15-minute delay to racing.

Fortunately the horse was unhurt but Nolan was then rushed to a nearby hospital in Nottingham.

The jockey posted a photo of his bloodied face to social media last night, with several wires and an oxygen mask nearby.

Nolan wrote: “Thank you everyone for all the kind messages, so many it’s taking me a while to reply to them all.

“I have fractured my T5 and T6 and broke a few ribs.

“Having surgery so hopefully be on the road to recovery then.”

Top trainers including Jonjo O’Neill and Harry Skelton were among those wishing Nolan a quick return.

This fall comes in a nightmare month for Nolan, after he had his car and £3,000 worth of equipment stolen during a race at Market Rasen three weeks ago.

Nolan was walking back to the car park when he noticed his keys were missing.

The jockey is based more than four hours from Market Rasen course in Lincolnshire, so he had to hitch a ride home in trainer Philip Hobbs’ horsebox.

Nolan said: “I came out after riding, I knew exactly where I parked it and when I went back I saw a silver car in the same space. 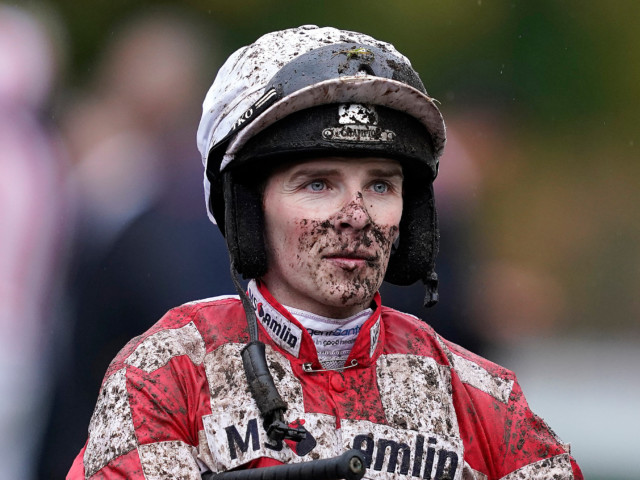 “They knew what they were doing and police told me they’d know there was no CCTV so they were professional about it.”

In this article:Market Rasen, Nottingham, Southwell