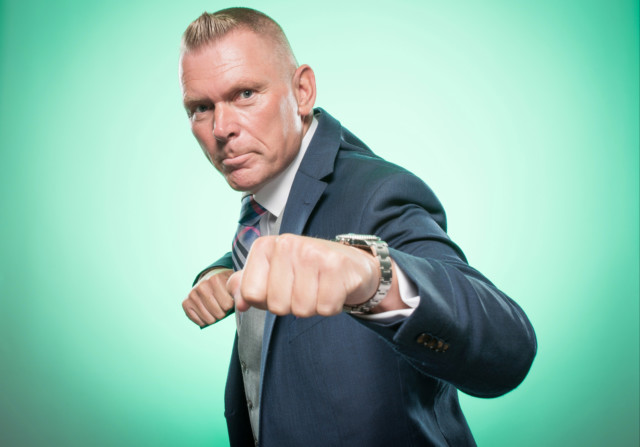 THE fierce rivalry between two training giants adds a fascinating undercurrent to today’s feature Tingle Creek headlined by the return of the strapping Altior.

And it’s not just in Sandown’s main event that Nicky Henderson (Altior) and Paul Nicholls (Politologue) go head to head.

At Aintree Henderson saddles Gold Cup runner-up Santini against Frodon, who was superb for Nicholls when returning at Cheltenham last month.

Just get the gloves off lads and let’s ring the bell for Round 1!  Henderson has already stirred the pot over the Betfair-sponsored Tingle Creek, live on the main ITV network.

The champion trainer said: “Politologue and Altior have met three times and the score is a thumping 3-0 to Altior. I think the smallest margin was seven lengths!

“That’s the nearest Politolgue has ever got to him.”

Henderson then quipped: “Politologue seemed to be very confident in my paper this week, with him winning the Champion Chase (in March) and beating Altior.

“But he didn’t beat Altior because Altior wasn’t there!”

Many will be wondering if the once outstanding Altior can return to his best aged ten.

But even if he gets near it, I’m of the opinion the next champion two-mile chaser is housed nowhere near Esher. More of that in a moment.

Altior smashed up Un de Sceaux in the 2018 Tingle Creek and his unbeaten record at Sandown reads 11111. That’s not bad!

Of course it’s not. In twenty four starts Altior has only been beaten three times, and only once over obstacles. He’s been a monster.

The problem, though, for a horse who had wind surgery in 2017 and 2019, is that he has been off the track since February of this year.

Due to lameness as a result of a splint injury, Altior missed the Festival and a chance of a hat-trick of victories in the Champion Chase.

There’s no doubt at his best Altior is terrific, and I always think back to his Supreme Novices’ success four years ago when he destroyed Min and Buveur d’Air by seven and one and a half lengths.

Nicky Henderson can’t wait to unleash Altior, and this week’s return of a small number of spectators might help him!

“He knows what they are there for – otherwise he’d think it was just a racecourse gallop like he had the other day.

Altior has been one of the greats in recent seasons

“It will be nice for him. He enjoys atmospheres and he’s a horse who thinks he’s quite smart, so if there are any admirers there it will be great.

“In March last season we were very happy with where we were and looking forward to the Champion Chase.

“It was just a really unfortunate thing to pick up a splint. He’ll be 11 come the Festival, and we’ll be looking to win there for a fifth time, but he is capable.

“He doesn’t show any signs of old age – I’m the one that’s getting old, he’s the one that is young at heart.

“We still haven’t got a horse here that can go over five fences with him.”

Altior is a 7-1 shot for next year’s Queen Mum Chase, and faces five rivals this afternoon headed by Politologue.

That said, we all know the latter is not a world beater at this trip for all he’s no mug for Nicholls. More of a danger might the brilliant recent winner Rouge Vif.

The problem moving forward for Altior will be Chacun Pour Soi, who will be watching from the stables of Willie Mullins as battle is done today.

‘Chacun’ has only had eight races and was so impressive when defeating Min at Leopardstown in February. He’s all class and the young pretender in the Faugheen colours of Rich Ricci.

Over at Aintree, Santini is up against Frodon and the 2018 Gold Cup hero Native River in a corking William Hill Many Clouds Chase over nearly three miles and a furlong.

Frodon and Native River have fan clubs and quite rightly, and the key factor will be how fit Santini is first time out.

Henderson has made it very clear he will improve a lot for a run, and is a stuffy horse at home even though he has had a racecourse gallop at Newbury.

That said, Santini brings in class and that’s something that can overcome most situations.

The Tingle Creek and Many Clouds Chase are two Christmas crackers. Game on.