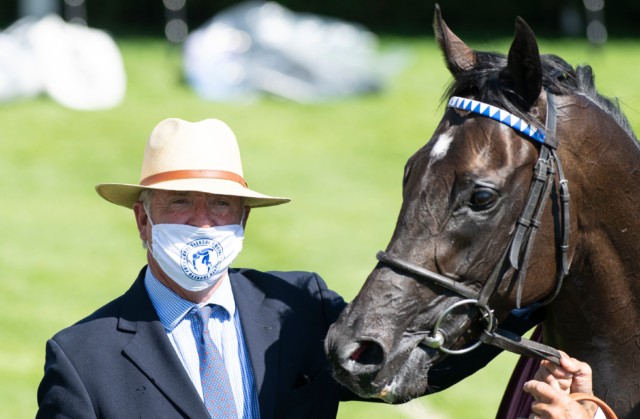 STAR miler Mohaather will head straight to the QEII at Champions Day.

Trainer Marcus Tregoning had one eye on the Group 1 Prix Moulin in France, but his Sussex Stakes hero will be kept back until Ascot.

His handler has also hinted that a trip to the Breeders’ Cup is looking less and less likely, but he hopes to have Mohaather back in training next season as a five-year-old.

Tregoning told Sun Racing: “It seems ages since his run at Goodwood, but he’s all fine and well, he’s not done much since then.

“We had looked at going to France for the Moulin but that’s not going to happen and we’re going to Ascot for the QEII.

“That’s shaping into a great race and we know he likes it there.”

Mohaather will likely bump into Palace Pier in a heavyweight clash in the mile showpiece on October 17, with the bookies having Gosden’s horse as the 6-4 favourite and Mohaather a general 3-1 chance.

After his Sussex Stakes win, talk of the Breeders’ Cup quickly took off, but Tregoning has put a dampener on any plans to head to the States.

He added: “It’s not completely out of the question, but with everything going on in the world and the strict quarantine, it’s looking less and less likely I would have thought.

“Added to that you have the track over there and if it rains it can be horrible for any horses not used to it.

“Ascot is our aim and I’m not sure what will happen afterwards, it’s not completely up to me obviously, but if it were I’m not sure we’d be going.

“He’s only lightly-raced though and I’d love to have him back next year, that’s not out of the question at all.

“There are plenty of races for him over a mile and as everyone knows he’s only had eight runs.”

Did you miss our previous article…
https://www.sportingexcitement.com/horse-racing/matt-chapman-talks-strength-in-depth-on-the-flat-york-his-dress-sense-and-more-in-his-latest-column