Punter lands ‘bet of a lifetime’ after winning more than £20,000 from just £1
Advertisement 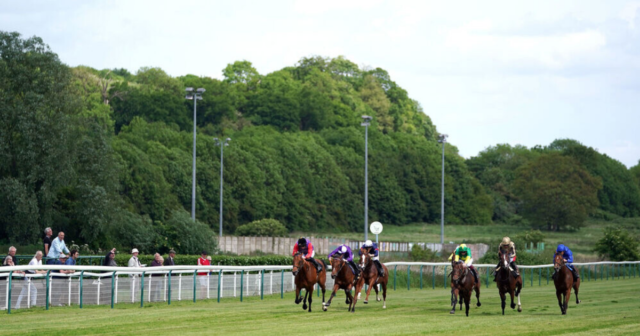 Dennis Waldron, who has mobility issues due to his diabetes, went through the card at Nottingham two weeks ago.

He reeled off the 20,000-1 punt after sending his carer down to the local bookies to put the bet on for him.

Waldron’s hot run started off with 9-2 Elixsoft before 11-8 Hebrides prevailed by a neck from 11-2 Hiya Maite in the next.

Tees Spirit did the job at 2-1 in the next, a Class 4 sprint over five furlongs for trainer Adrian Nicholls and jockey Connor Murtagh.

Grand Scheme came in at 4-1 in the following race and Pledge Of Honour made it five in a row with a win at odds of 6-1.

Ermin Street was the biggest winner of the lot at 13-2 in the next before 3-1 Midnight Train landed the almighty gamble.

Waldron, a retired labourer from Birmingham, told the Daily Star: “For 17 years I’ve been with Betfred, putting on a bet most days – but only a small amount, usually a pound or so.

“I usually spend a couple of hours studying the form in the but for whatever reason this day it just took me 20 minutes.

“I’ve given a treat to my two carers and also to the staff at Betfred who have always looked after me.

“I don’t really go for holidays, especially in my condition, and I can’t drink because of my diabetes.

“I’ve had some wins, but nothing ever as much as this. I am very, very happy to have pulled off this bet of a lifetime.”

Betfred boss Fred Done said: “Dennis has well and truly picked my pocket with this one.

“He’s been with us many years, and I’m chuffed to bits that he’s won such a large amount from such a tiny stake.”