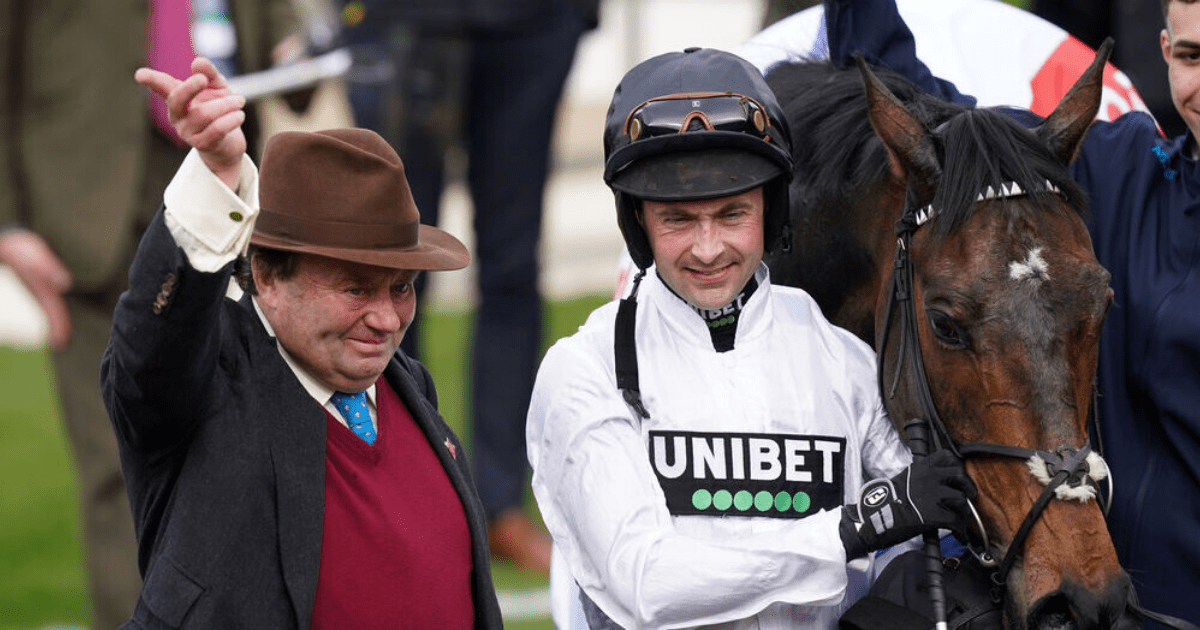 NICKY HENDERSON has confirmed Constitution Hill will make his long-awaited return in the Fighting Fifth at Newcastle on Saturday.

And punters are begging the legendary trainer be a man of his word after the shambolic scenes at Ascot last weekend.

The astounding winner of last year’s Supreme and red-hot Champion Hurdle favourite is set for a mouthwatering clash against stablemate Epatante.

Constitution Hill was due to run at Ascot last until Henderson pulled him out on account of the ground the morning of the race.

The language Henderson used in justifying his decision was branded ‘insulting and dangerous’ by one owner who also had a runner of the day.

But the Seven Barrows supremo has now confirmed, with the going in his favour, his monstrous stable star is poised to return.

Henderson told the Racing Post: “We’ve made the decision this morning and we’re going to run Constitution Hill at Newcastle this weekend.

“We’re happy for him to go there and Epatante will run there as well.”

Constitution Hill was slashed from 5-4 to 4-11 with sponsors Betfair on the back of the news.

The JP McManus-owned Epatante was 8-11 but has drifted all the way out to 3-1.

Betfair spokesman Barry Orr said: “As sponsors we are obviously delighted with the news.

“It’s not only great for the race but also for the National Hunt game in general that Nicky, with the respective owners, have elected to run both horses.

“That competitive element has been sadly lacking in recent renewals of the race but this is a step in the right direction and will make the Fighting Fifth the must-watch race of the weekend.”

Punters are keeping everything crossed nothing scuppers Constitution Hill’s return.

One said: “I’ll be there, will love to see both of Henderson’s run but I’ll believe it when I see it.”

Another posted on Twitter: “Won’t believe it until they jump four flights.”

While one comment read: “I’ll believe it when they’re both at the start line at 2.10pm on Saturday, but this sounds promising!”

In this article:constitutionhill, infighting, punters