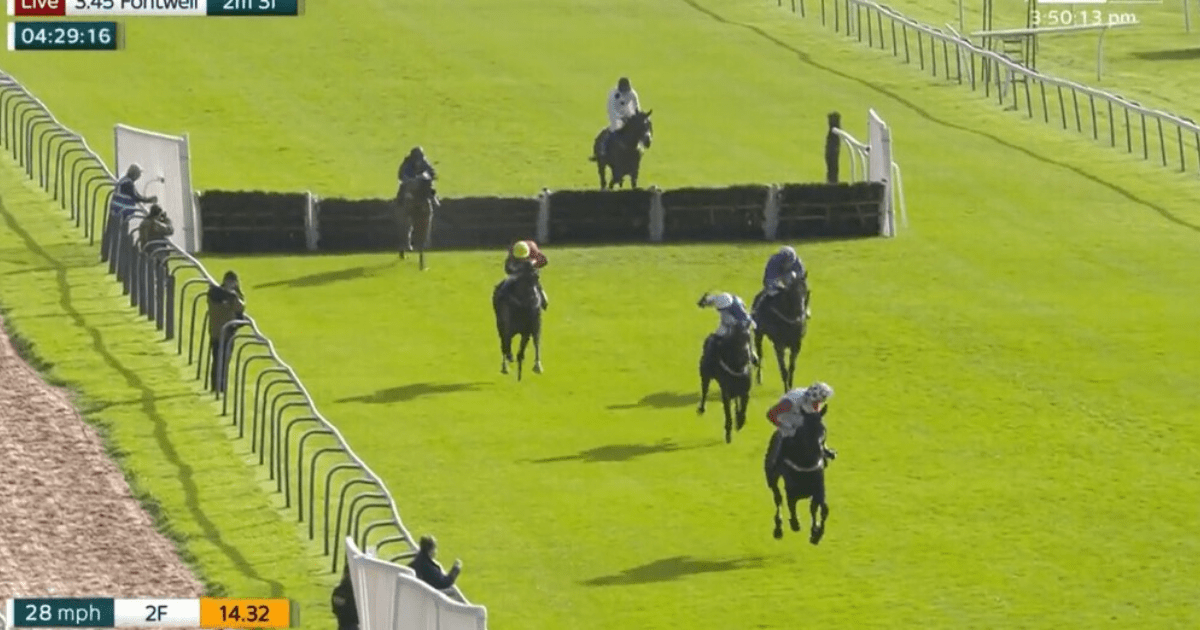 PUNTERS were stung to the tune of more than £13,000 after this crazy finish at Fontwell.

Highway One O Two looked home and hosed in a Class 2 handicap over hurdles.

Jumping the last miles clear of nearest rivals, all jockey Freddie Gordon had to do was get the seven-year-old gelding to the finish post in one piece.

Punters thought it was a good thing too, with £13,146 being matched at lowest odds of 1.01 on the Betfair Exchange.

But 11-2 poke Vorashann and jockey Caoilin Quinn had other ideas.

As the Chris Gordon-trained Highway One O Two – who was sent off 7-2 co-favourite – began to flounder, Gary Moore’s Vorashann kept finding more and more.

Eating up the turf, Vorashann nutted his rival right on the line to land a £9,500 win for connections.

Describing the unbelievable action, he said: “Highway One O Two could be in trouble… Vorashann trying to close him down… Vorashann!

“I think he got up to beat Highway One O Two, who threw it away.”

Punters would have watched on in horror as their supposed certainty ended up a loser on a track famed for producing mind-boggling finishes.

But the drama didn’t end there.

Winning jockey Quinn was later banned for two days by stewards after using his whip above the permitted levels.

Still, it was the finish that really did it for punters.

Commenting on the bonkers finish, one said: “Unbelievable how many times this happens at @FontwellPark – takes a lot of getting.”

It has been a weird week for bizarre events in the racing world.

Christophe Soumillon was banned for two months after elbowing Rossa Ryan out of the saddle in Saint-Cloud.

A jockey in Ecuador was given a lifetime ban for doing the exact same thing.

And a horse in France went on to win a race… moments after being hit by a van.

In this article:inshock, victory, winning