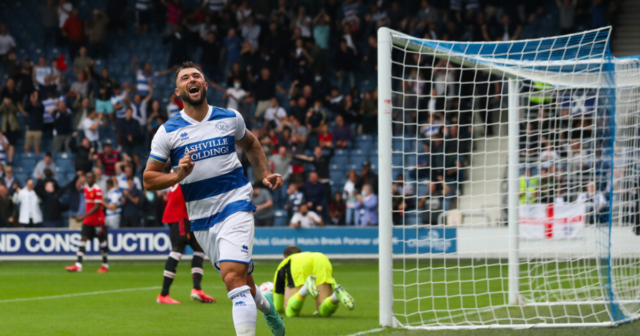 THE boot is firmly on the other foot for Charlie Austin as the Racing League kicks off on Thursday evening.

Austin will swap the football pitch for the dugout at Newcastle as racing manager to his team Goat Racing.

And despite his QPR beating Manchester United in a friendly last week, it’s racing’s brand spanking new competition that has Austin buzzing this pre-season.

The 32-year-old will lead trainers George Scott, Charlie Fellowes, Tom Clover and Hugo Palmer for the next six weeks.

Austin has owned horses for a number of years, winning big pots at home and abroad.

But with prize money levels at record lows, he firmly believes the sport needs to give itself a shot in the arm and what better way than the Racing League?

Austin laughed: “I never thought my first managerial job would kick off as a racing manager! But I’m delighted to be involved, it was a privilege to be asked.

“This is just something completely different, for me and the sport.

“It’s trying to entice new people to come to the races and be more attractive. Jeremy Wray spoke to me about it a while ago and it’s exciting.

RACING LEAGUE: ALL YOU NEED TO KNOW FOR £2M EVENT

“I’ve been very vocal over the last 18 months about prize money and you can’t get away from the fact that this is £50,000 a race.

“That’s massive for every owner, I know some have said it only works if you have horses with certain trainers and that’s fair enough.

“But this is only the first test and from what I gather every trainer was sent an email beforehand about the Racing League.

“First and foremost I’m an owner. I won a race at Salisbury the other night and took home £1,700 – that doesn’t even cover a training fee bill.”

So how does a former Premiership footballer get the call-up to lead a team of four young gun trainers from Newmarket?

Some of Austin’s best horses were with Scott and it’s that old alliance that’s been reignited – even if Austin admits he’ll leave most of the decisions to the experts!

He explained: “George Scott messaged me about the Racing League. I’d had horses with him for a while and he got in touch with me out of the blue to see if I wanted to get involved and of course I did.

“I didn’t look too much into it at the time but as it’s gotten closer, and the weeks and months have rolled on, suddenly it looks like I’m in charge of Goat Racing!

“We’re all in a WhatsApp group and I’ll tell them what I think. Ultimately the guys and George are the ones to follow, they know a bit more than me!

“But I’m just there as a face I think, but that said if the lads aren’t pulling their fingers out I’ll have to tell them!”

Austin currently only has a pair of horses in training with the pandemic meaning he was largely unable to see them on the track.

Neither will be part of the Goat lineup, but with crowds returning the striker reckons the atmosphere at the Racing League tracks will play a key part in its success.

And it might mean Austin’s team of horses that run in the dark blue and white of Excel racing quickly grows again.

He said: “I think this can take racing to the next level. But I don’t think it’s going to be so lopsided that the top trainers run away with it.

“It’s something different and hopefully they can bring a party atmosphere to these tracks. I think that’s what the locals will want at each track.

“Let’s hope it stays dry at Newcastle as it should be a great night and hopefully Goat Racing can come out on top in week one.

“My own ownership team, Excel Racing, has fizzled out a bit. I’ve only got two at the moment, one with Richard Hannon and one with Oliver Sherwood over jumps.

“I love it still and always will but you need to go to truly get the most out of it. I still go to Richard’s in the morning to see the horses work and that’s special, but you need to be at the races to see your horse and be there at the track.

“I feel like I wasn’t getting the full experience, but I’m still fully invested and think I always will be.”

The managerial merry-go-round is always turning in the football world as Austin knows only too well. 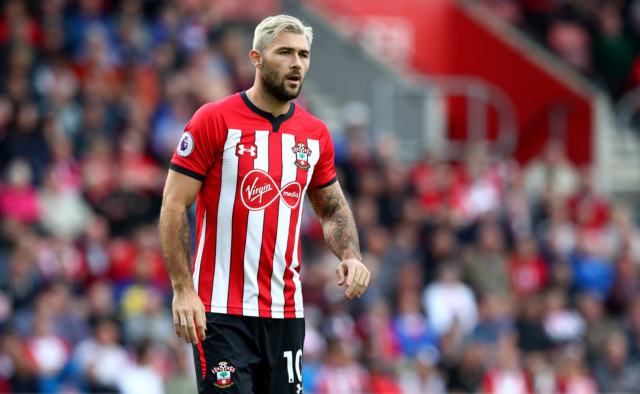 Austin played for Southampton in the Premier League

As manager of Goat Racing he knows the pressure is on if he’s to avoid the sack.

With a tip-top team of jockeys to call upon through the competition, Austin is confident his outfit can start with a bang.

He said: “We’ve got a great team of jockeys, a proper trio. Laura Pearson can come in and claim for us.

“James Doyle rides for Godolphin and has been at the top of his game for many years. Him and Callum Shepherd bring plenty of experience and we have three solid jockeys, I don’t think we could have asked for much more.

“I think Echo Beach for Hugo Palmer will be one of our main chances this evening. He goes in the 7.25 and is right at the bottom of the weights with Laura taking off another 5lbs.”

“George has told me to be patient, something I have very little of! It’s six weeks long, so it’s not a sprint, it’s a marathon. But he’s told me we’ve got a few nice horses that we’ve lined up for it.”