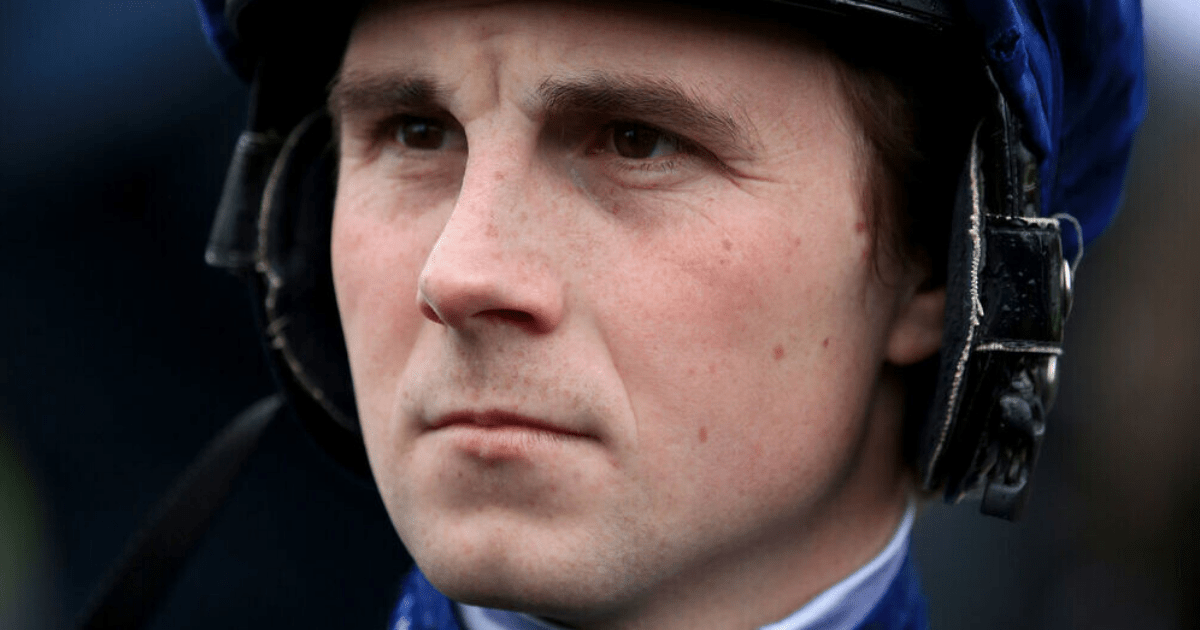 A ‘CORRUPT’ former jockey has been banned from racing for 15 years after his role in an ‘extraordinary’ £100,000 betting scandal.

Danny Brock was found to have deliberately stopped his horses from winning in three races so acquaintances won bets.

Brock has been disqualified from racing for 15 years

He denied any wrongdoing and said: “The picture being painted of me is ridiculous.”

The case concerned Brock, his rides and five punters.

The BHA found it ‘obvious’ that Brock’s ‘improper riding’ and bets on those horses were ‘not coincidental’.

In two races, a series of four-figure bets were put on horse Mochalov before he lost.

In another at Southwell in March 2019, Brock, who did not take part in the hearing, was slow to remove a hood on Samovar before the horse was beaten ten lengths in a match race.

One person involved in the case, Eugene Maloney, was found to have put £6,000 on winner Tricky Dicky before the race.

Andrew Perring, an acquaintance of Brock and Maloney, staked £2,248 on the same horse.

Luke Howells, also found in breach of anti-corruption rules, put £2,200 on the runner.

While Sean McBride, son of Newmarket trainer Charlie, deposited £7,200 and put it all on 2-5 fav Tricky Dicky.

It was claimed conspirators won about £100,000 by backing Tricky Dicky.

McBride denied discussing the race with Brock but was disqualified for seven years.

A panel found the BHA’s case against Luke Olley was not proved but he remains excluded from racing for not co-operating with the enquiry.

A BHA spokesperson said after the case: “This welcome outcome sends a powerful message that conduct of this nature will never be tolerated.

“The conduct of the individuals found in breach in this case risked undermining confidence in our sport and flagrantly disregarded the hard work and dedication of people up and down the country who carry out their duties in good faith.”

Did you miss our previous article…
https://www.sportingexcitement.com/horse-racing/excruciating-video-shows-francesca-cumani-embarrassed-as-william-haggas-makes-terrible-joke-about-her-in-pyjamas/