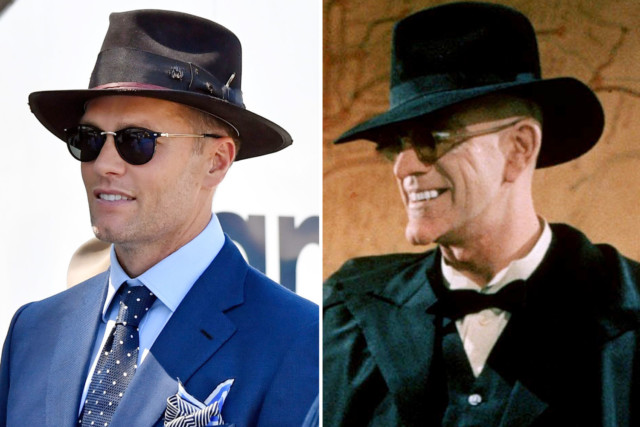 TOM BRADY’S Kentucky Derby outfit went viral – as the NFL star was mocked for looking like a Roger Rabbit villain.

The Tampa Bay Buccaneers quarter back was at Churchill Downs to watch America’s most famous horse race.

But social media users were quick to pick up on his remarkable likeness to baddie Judge Doom.

The evil character was famed for his hat and round glasses – a look 43-year-old Brady replicated in Louisville.

One Twitter user posted: “Tom Brady is dressed like he’s going to kill Roger Rabbit and the rest of Toontown.”

Another commented: “Looks like he’s about to rob a bank in Gotham.”

A fellow user wrote: “Does anyone know if Roger Rabbit is safe?”

While another quipped: “I just want to know why he framed Roger Rabbit.” 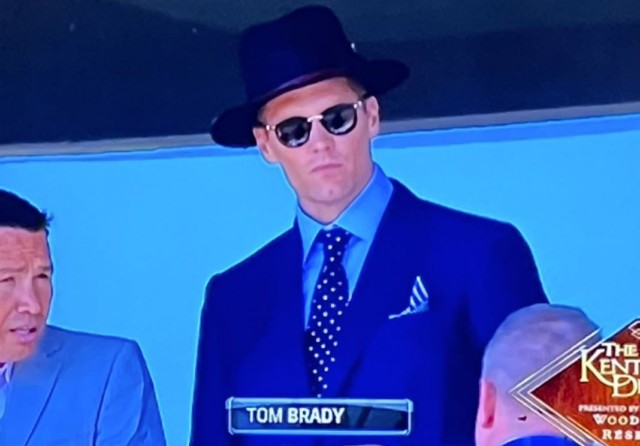 It's giving me Roger Rabbit villain Judge doom and I can't unsee it! https://t.co/zgrAVjkHyY pic.twitter.com/UAhYONison

DOES ANYONE KNOW IF ROGER RABBIT IS SAFE pic.twitter.com/2s7TFwGA0A

Another social media user went all out, claiming: “Tom Brady looked like the love child of Judge Doom, Roger Stone, and The Joker.”

Brady was on hand to see 12-1 outsider Medina Spirit, giving trainer Bob Baffert a record seventh win in the Derby.

The horse – who was sold for just £723 as a yearling – scooped the £.14million first-place prize by half a length from Mandaloun.

Like he’s about to rob a bank in Gotham https://t.co/To23qXypU5

Tom Brady is dressed like he’s going to kill Roger Rabbit and the rest of Toontown. pic.twitter.com/du0kQQm94i