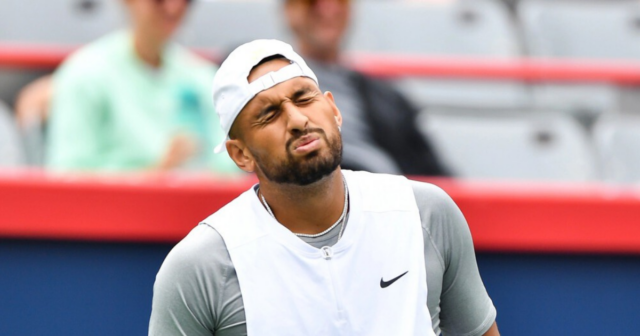 Kyrgios, 27, won the second set on a tie-break to level the Canadian Open quarter-final in Montreal.

But before the decider got underway, Hurkacz went off for a trip to the gents.

And Kyrgios was not happy with how long it took.

New rules mean players are allowed three minutes in the bathroom – plus an extra two minutes if they want to change their clothes.

The time starts once they step into the room but with some courts a long way from the toilets, the stoppage can add up.

For Hurkacz, he was away for eight minutes and only narrowly avoided a code violation.

And Kyrgios let rip at the umpire in classic fashion.

But in Kyrgios’ next service game, he dropped the point at 40-0 and unleashed again.

Lester then added: “Again, apologies for the language.”

The chair umpire decided against handing Kyrgios a warning despite the obvious verbal obscenities.

Kyrgios has never been too far away from controversy, including when he demanded a fan be kicked out of the Wimbledon final – accusing her of having “about 700 drinks”.

Other meltdowns have included furious racket smashes, abusing umpires, spitting towards fans and even launching chairs.

Kyrgios collapsed in the third set against Hurkacz, losing it 6-1 to the Polish eighth seed.

The hot-headed Wimbledon runner-up has done enough to ensure he is seeded at the upcoming US Open, though.

And he admitted he was not too upset at his winning streak ending, after winning the double at the Citi Open last week, because he is distracted by his parents being ill back home.

Dad Giorgos, who was courtside throughout his All England Club run, and mum Norlaila are both struggling with poor health at the moment.

Kyrgios – who wrote “Be strong Ma” on a camera lens after beating world No1 Daniil Medvedev – said: “I honestly don’t care [about losing the winning streak].

“They’re not very well at the moment. So I don’t really care about no winning streak.

“I’ve got two more tournaments [Cincinnati and the US Open] left before I can go home.” 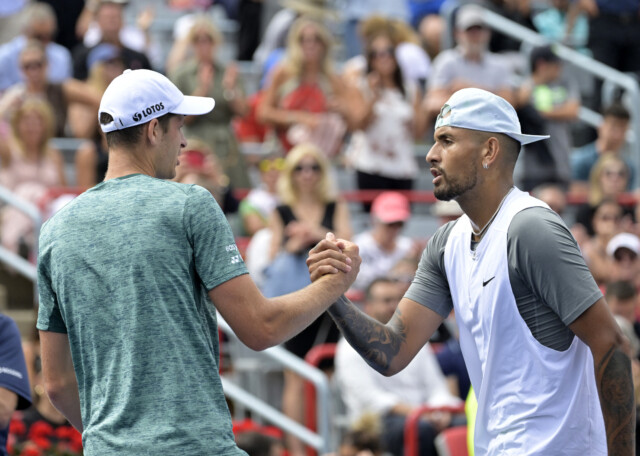 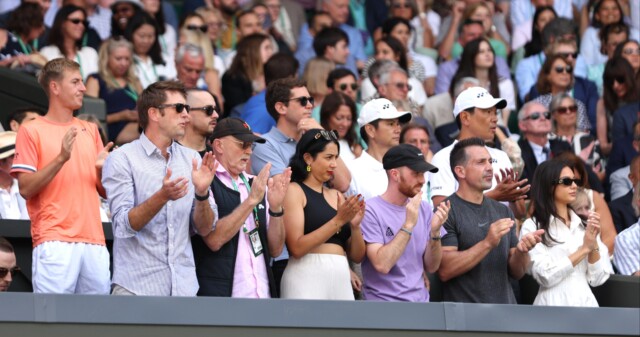 Giorgos Kyrgios, third left, is currently back in Australia ill