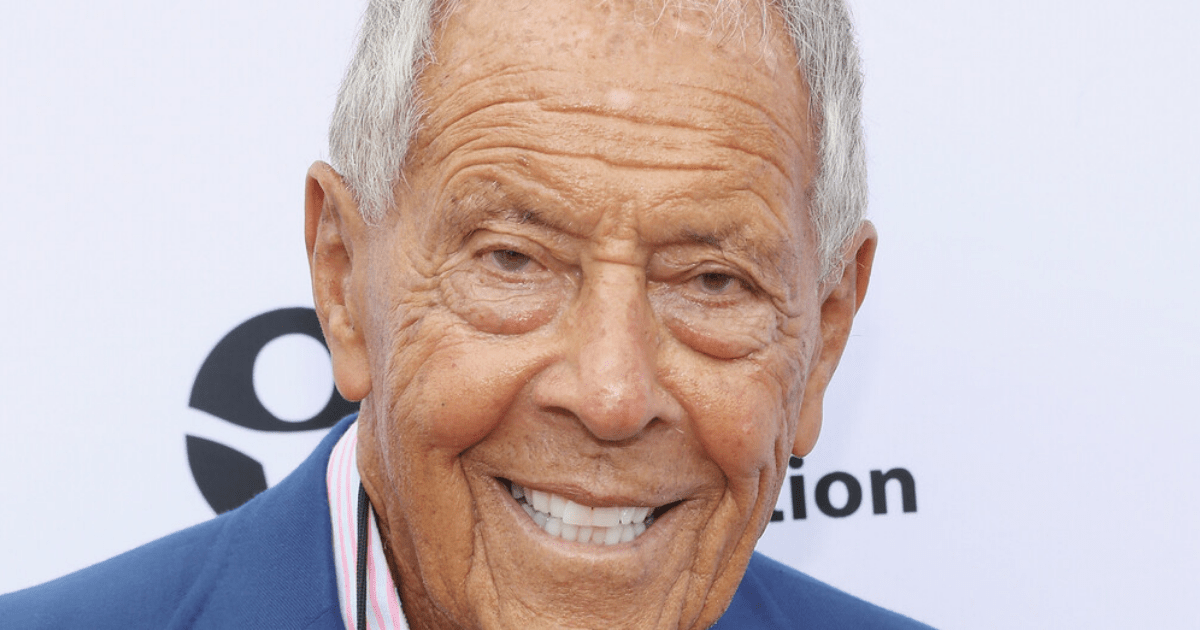 NICK BOLLETTIERI, the man who helped develop and launch the careers of many tennis legends, has died at the age of 91.

The charismatic and popular American tennis coach, who had been in poor health in recent years, has passed away just two weeks after denying his own death on social media. 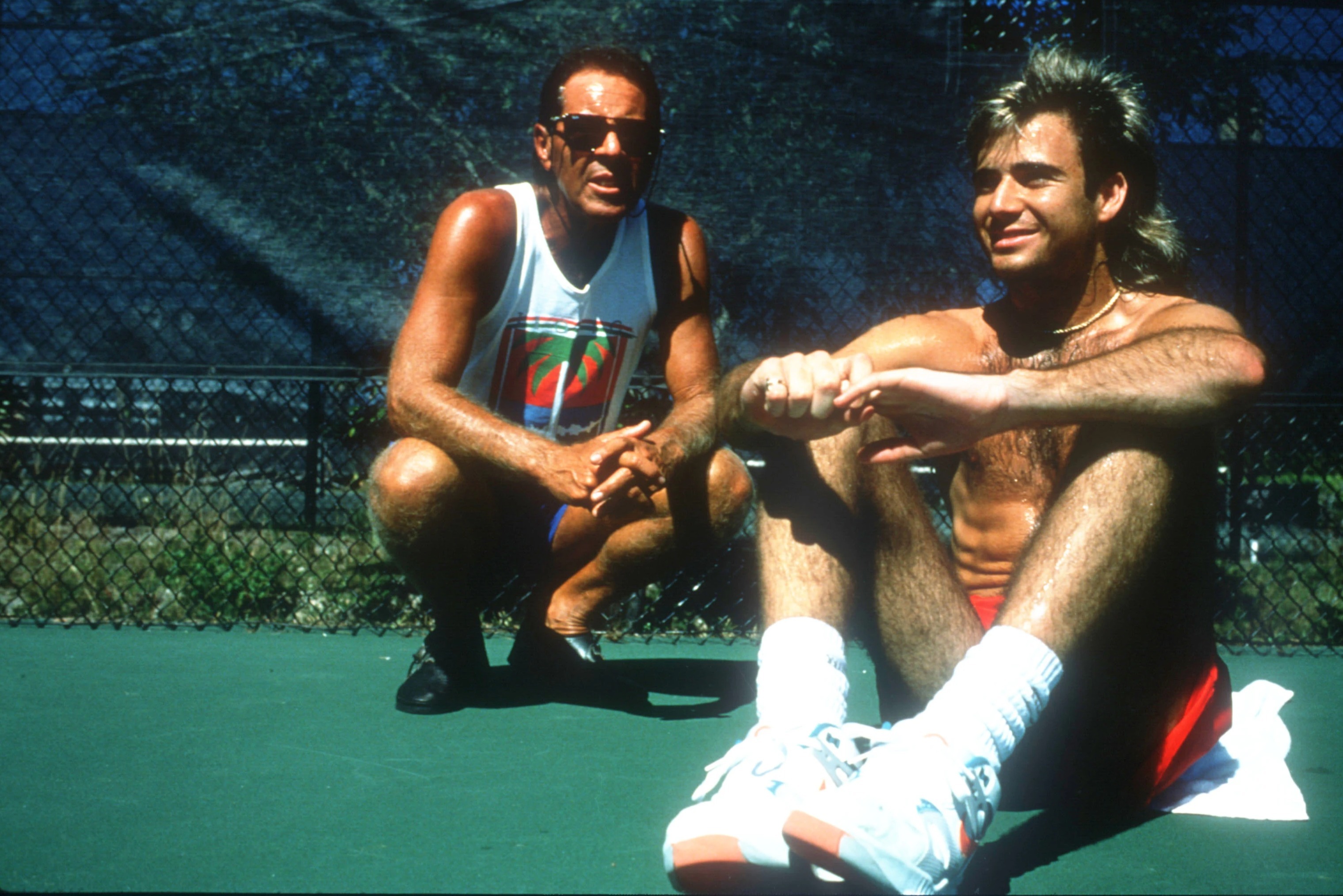 Bollettieri helped Andre Agassi to become one of the best

And this facility became the go-to place for parents who wanted their children to grow up as professional tennis players.

Bollettieri kept fit well into his 80s and was often in the gym every morning by 5am.

He wrote several tennis books, worked as a TV pundit and his personal life was chaotic – he was married on eight occasions, the last time to Cindi Eaton in April 2004.

In July 2014, he was inducted to the International Tennis Hall of Fame for his services to the sport.

Retired German player Haas, who reached No2 in the world rankings, posted several photos of the pair on Instagram, including one of him as a fresh-faced youngster with Bollettieri speaking on a telephone in the background.

“Nickiiiii, that’s how I have called you for the longest time.

“Thank you for your time, knowledge, commitment, expertise, the willingness to share your skill, your personal interest in mentoring me, and giving me the best opportunity to follow my dreams.

“You were a dreamer and a doer, and a pioneer in our sport, truly one of a kind.

“I surely will miss you around the academy, our Tennis talks, miss showing off your tan, white teeth and body fat, miss watching you do Tai Chi, miss playing golf with you watching you try to cheat, eating a Snickers bar and running for the bushes, and hearing all about your plans even at the age of 91.

“Thanks again for everything. RIP Nickiiiii.”

Bollettieri once said: “I have indeed been married eight times, and I’m blissfully happy with my wife Cindi, and our son, Gio.

“But there was one marriage when I was coaching Andre Agassi where my wife said ‘Andre or me’ and I replied: ‘I’ll just pack and be gone.'” 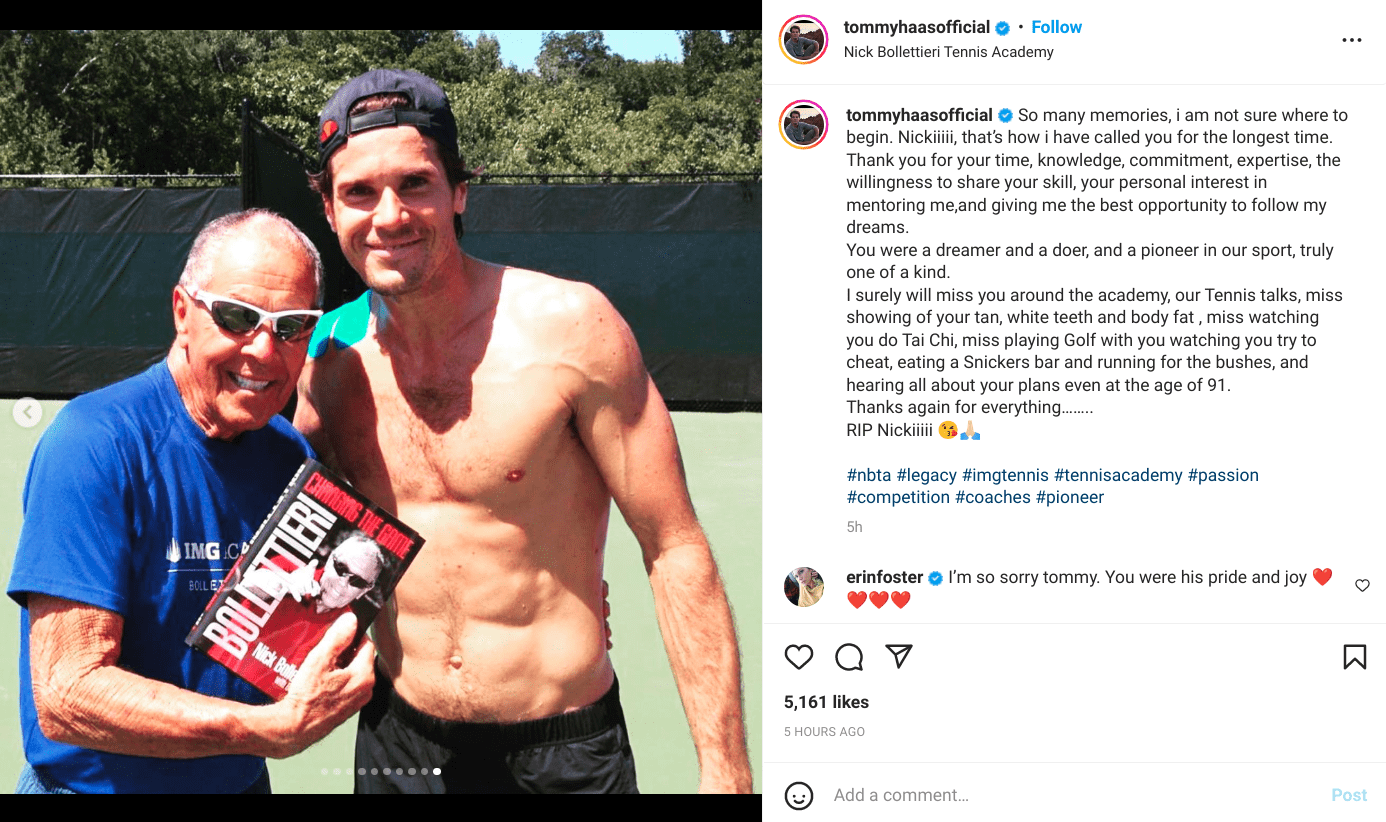 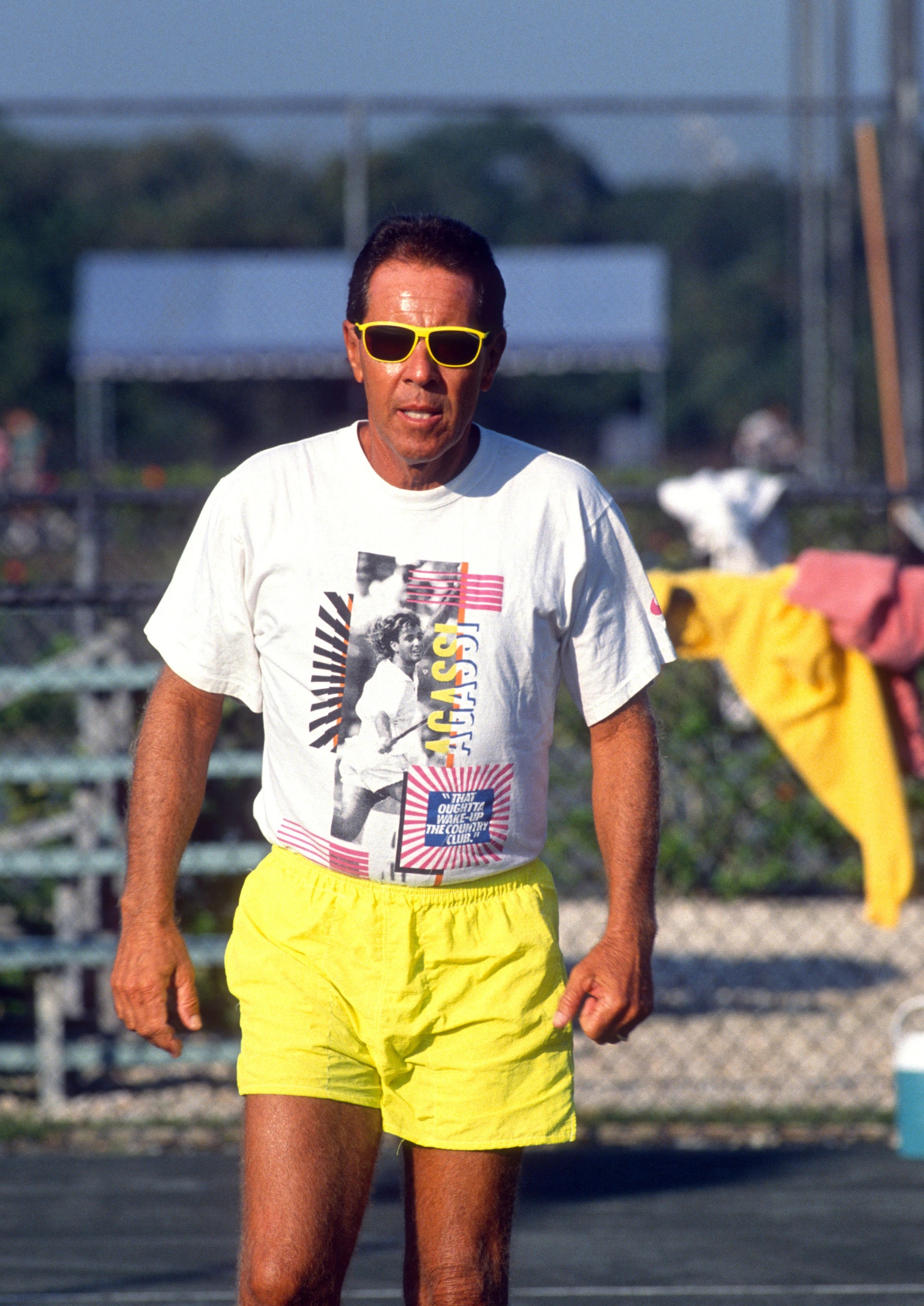 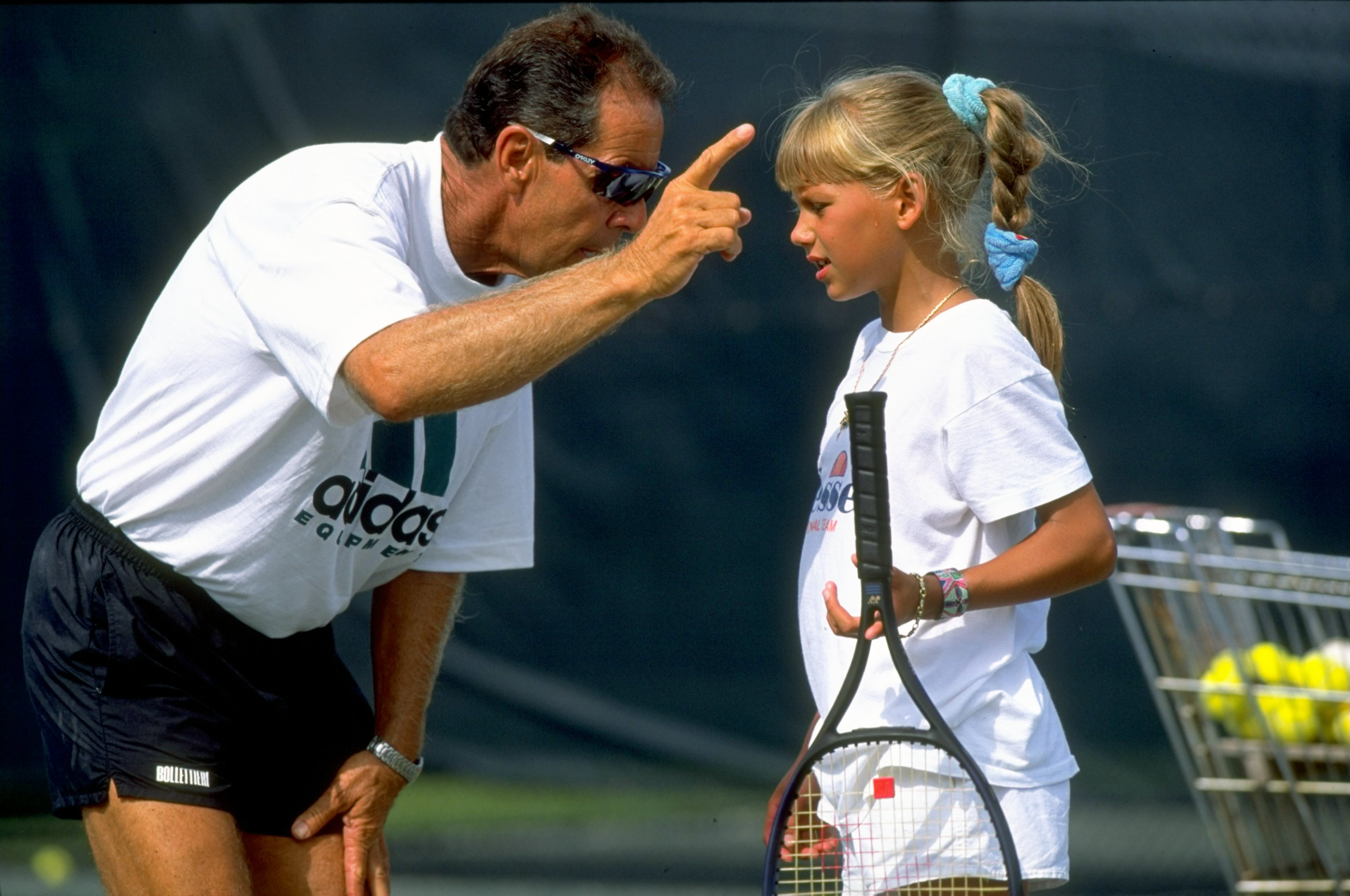 He provided expert advice to a young Anna Kournikova
Did you miss our previous article…
https://www.sportingexcitement.com/tennis/who-is-eugenie-bouchard-and-whats-her-net-worth/