Who is Eugenie Bouchard and what’s her net worth?
Advertisement 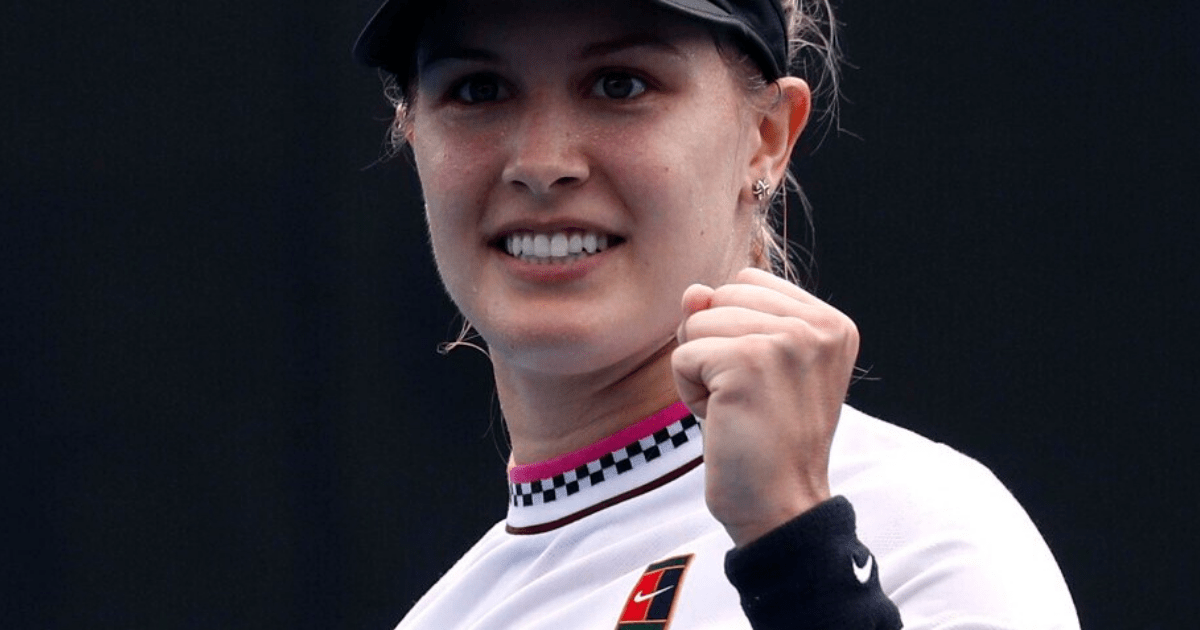 EUGENIE BOUCHARD made history in Canadian sport when she became the first female tennis player from her country to reach the final in a Grand Slam singles tournament.

Let’s get to know more about Eugenie Bouchard.

Eugenie Bouchard finds herself in 327 in the WTA rankings

Who is Eugenie Bouchard?

Eugenie Bouchard was born in Montreal, Canada on February 25, 1994.

She first came into prominence when she won the 2012 Wimbledon girls’ title.

By 2014, she had much hype surrounding her after getting to the semi-final of the Australian and French Open and was a runner-up in Wimbledon.

She has one WTA singles title to her name – the Nuremberg Cup in 2014 and has been a runner-up in seven other tournaments, the last coming in 2021 in Lyon.

In 2017, things went downhill when she started suffering from poor form and got herself on a losing streak.

Beaten in straight sets by Aryna Sabalenka, she saw herself out of the WTA top 100.

In 2020, she reached the first WTA final in four years in the Istanbul Cup.

Unfortunately, she lost to Patricia Maria Tig, however, she was on the verge of a resurgence.

A year later, in Lyon, she found herself in yet another final but a shoulder surgery set her back.

This gave her way to start working as a color commentator for the Tennis Channel.

By February 28, 2022, Eugenie was dropped to 1459 in the WTA rankings and by May she was dropped out completely.

Her comeback came in the Vancouver Open and went on to celebrate several wins throughout the year.

By the end of 2022, the Canadian found herself in the rankings again, finishing in 327.

What is Eugenie Bouchard’s net worth?

Eugenie’s net worth is estimated to be around $6million.

Her income is mainly from prize money she earned at tennis tournaments.

She also earns revenue from sponsors such as New Balance and Coca-Cola.

Eugenie has a twin sister called Beatrice, but they grew apart because of family divides.

Their parents split up when they were 10.

Eugenie stayed with their mother Julie but Beatrice moved in with their father Michel.

Beatrice admitted that the twins’ relationship isn’t as strong, saying that she knows “someone in the grocery store better than my twin sister.”

The twins had a rare public appearance together when they showed off their matching Powerpuff Girl outfits at Coachella in 2022.

For a living, Beatrice does influencer jobs based on lifestyle, fashion and travelling.

Is Eugenie Bouchard dating anyone?

Eugenie Bouchard is not reportedly dating anyone.

She split up with her two-year boyfriend in March 2022.

TMZ Sports reported that Eugenie and her ex Mason Rudolph – an NFL quarterback for the Pittsburgh Steelers – decided to still be friends despite their split.