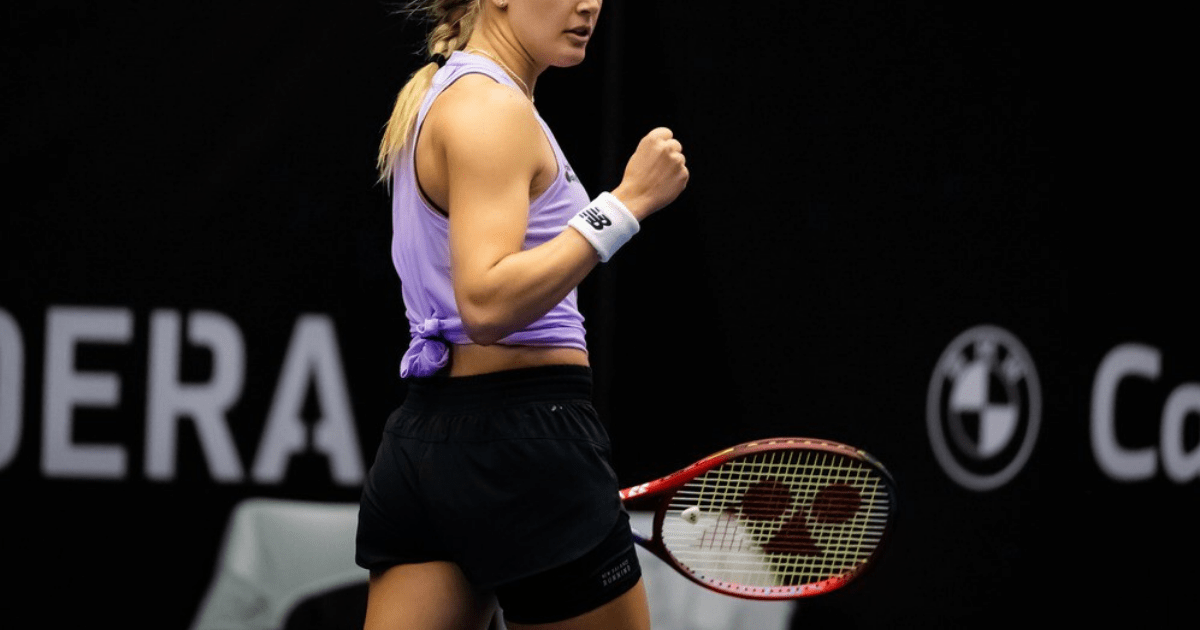 Throughout the years, she has dated a variety of different athletes and even someone she met on Twitter – but who exactly has she dated?

Eugenie Bouchard is currently no.327 in the WTA rankings

Who has Eugenie Bouchard dated?

Eugenie Bouchard has dated athletes involved in hockey and the NFL, an investment banker and even a fan she met over Twitter.

Let’s take a look at the men who once were in a relationship with the famous tennis star:

Their relationship reportedly started in 2020 as rumours grew when Eugenie was pictured at a bar in Pittsburgh.

Eugenie went officially public with Mason Rudolph – a quarterback for the NFL team Pittsburgh Steelers – in 2021.

Mason shared a picture on a beach in Cabo San Lucas, Mexico and captioned it: “My valentine.”

The pair split up in March 2022, according to TMZ Sports.

Eugenie and Mason decided to still remain friends despite the break-up.

Following an exit in the first round from the US Open in September 2019, Eugenie was seen on a Miami beach with investment banker Connor Davis.

This was the first time that the couple were seen in public together.

Connor is the brother of American supermodel and former tennis player Hannah Jeter.

The relationship didn’t last long as during the Covid lockdown in 2020 Eugenie said that “quarantine would be more fun with a boyfriend.”

This hinted that Eugenie and Connor broke off their relationship.

In 2017, Eugenie predicted that the Falcons would win the Super Bowl against the Patriots.

John Goehrke replied to her Tweet, saying: “If Patriots win, we go on a date?”

Eugenie lost the bet as the Patriots did win and not only did she honour it, but they even went out on more than one date.

They shared images on social media of them going to NBA games, at the beach and sometimes even just chilling at home.

Their fling slowly faded away though.

Eugenie had a relationship with ice hockey player Jordan Caron.

The couple were spotted on vacation together and sometimes even walking in the street holding hands.

In 2017, they were pictured together in Spain.

However, when Eugenie went on the famous Super Bowl date, it seemed as if the couple were no longer together.

Is Eugenie Bouchard currently dating anyone and does she have any children?

Eugenie Bouchard hasn’t started something with someone new since her break up with Mason Rudolph.

She doesn’t have any children either.

The tennis star might be focusing on getting back in the game and improving her WTA ranking – which is at 327.