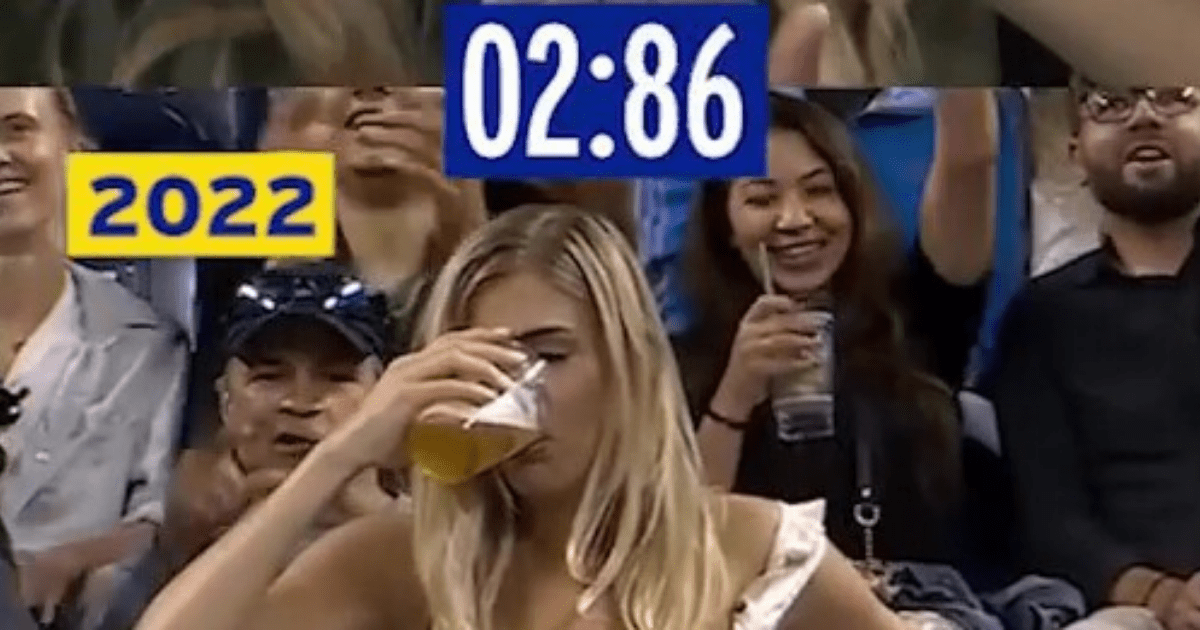 FANS are all saying the same thing about one tennis fan who has gone viral for her beer drinking skills.

A woman rose to fame at the US Open after a clip was posted on social media of her chugging a pint last year.

She downed the beer earning applause from the US Open crowd

Both times she celebrated stealing the show

And she has repeated the stunt doing the same again 12 months later.

The camera happened to be put on Megan Lucky for the second time and she stood up and managed to finish the pint of beer in just 7.37 seconds.

And fans reacted, one said: “Give her a medal.”

Another commented: “She needs to get free tickets for at least five years.”

Supporters are ready for it to become a US Open tradition, with one fan saying: “This must happen every year now.”

Her bio acknowledges her fame saying that she is known for chugging beers.

She is not the only supporter to make the headlines after golf legend Tiger Woods and his girlfriend were pictured in Serena Williams’ box.

Additionally, at this year’s tournament one fan was accused by Nick Kyrgios of smoking marijuana in the stands.

Did you miss our previous article…
https://www.sportingexcitement.com/tennis/who-is-naomi-osakas-boyfriend-rapper-cordae/