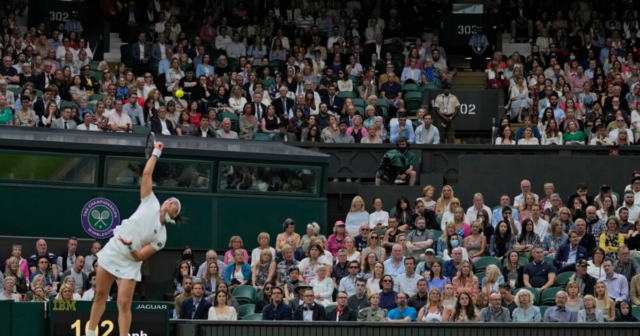 WIMBLEDON tennis bosses have announced a £46,000 debenture scheme to raise £48million for the All England Club – and you still wouldn’t get NEAR the finals.

Under the scheme, purchasers will get a single seat on No1 Court for the first 11 days of the Championships for five years starting next June.

Fans can secure their guaranteed seat on Court One at Wimbledon for £46,000

And with only three or a maximum four matches scheduled per day – the roof does mean play is guaranteed – punters will be forking out around £250 for each MATCH.

While play on the middle Sunday will be part of the Wimbledon schedule going forward, the offer only goes up to the second Thursday of the Championships – when the two women’s semi-finals would be going ahead on Centre Court.

Seat owners would also get access to ‘the exclusive No1 Court debenture restaurants and bar’ for 11 days of tennis.

But Club bosses have also opened themselves up to a charge of potentially creating a market for ticket touts – and unscrupulous purchasers.

In the official statement explaining the offer – which closes to potential buyers on October 29 – the All England Club said: “Debenture tickets are the only Wimbledon tickets which are freely transferable.

The Club already has an £80,000 five-year scheme for Centre Court tickets, which began this summer.

It added: “The net proceeds of the forthcoming issue will be used to help finance capital expenditure, contribute towards continuing improvement of the existing AELTC Grounds and facilities and fund future development.”

That includes the planned new court development on the site of the current Wimbledon Park Golf Club, due to close later this year although the scheme is proving controversial.