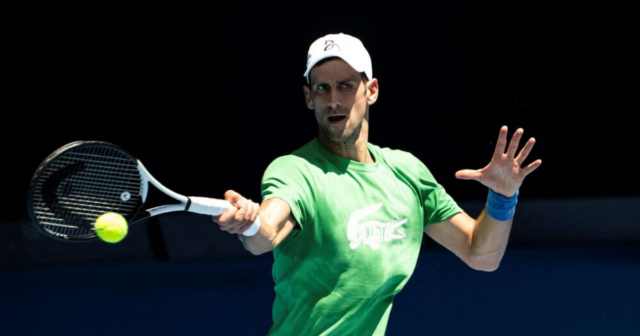 NOVAK Djokovic could still play in the Australian Open, even if his visa is cancelled today.

The Serbian tennis ace and currently the world’s number one, 34, faces having his visa cancelled today by Australia’s Immigration Minister Alex Hawke.

As it currently stands, no decision has been made and government sources have accused Djokovic’s team of “stalling” by submitting piles of extra paperwork recently.

Djokovic is the first seed in the tournament which starts on Monday but doubts remain that he will even be able to take part.

The anti-vaxxer’s visa has already been cancelled once and later a court re-instated it on Monday in a protracted saga.

Mr Hawke is now expected to announce his decision on Friday.

If the decision is made to cancel Djokovic’s visa, his representatives have already said they would launch an immediate appeal in court against any attempt to deport him.

While getting an emergency court hearing late on Friday or during the weekend would be problematic, it is not impossible.

Former Aussie tennis star Sam Groth claimed Djokovic’s case revealed the double standards with other tennis players getting vaccinated in order to be allowed to compete in the prestigious Open tournament.

“A lot of the players made the decision to get vaccinated, whether they wanted to or didn’t, to be able to come and play the Australian Open,” he told Channel Nine’s Today Show on Friday.

“A lot of the players made that decision just to be able to come down to Melbourne Park. It is one rule for Novak and one rule for everyone else”

Djokovic is keen not only to play in the Australian Open but winning it would put him in the history books as taking the most Grand Slam titles ever with 21 wins.

He is currently tied at the top with rivals Rafa Nadal and Roger Federer, who all hold 20 Grand Slam titles.

Djokovic will face fellow Serb Miomir Kecmanovic, ranked world No78, in the first round of the tournament unless the government moves to deport him.

It comes after it emerged Djokovic may have broken Spain’s emergency travel rules when he visited Marbella last month, a report claims.

The Daily Mail says the 20-time Grand Slam champion may have fallen foul of the country’s entry requirements.

Spanish diplomatic sources are said to have confirmed that Djokovic failed to seek approval before leaving Belgrade after Christmas. The government last night ordered an investigation.

Djokovic’s PR team has declined to comment, citing the case’s “sensitivity and complexity”.

The Serb admitted he broke isolation rules after testing positive for Covid-19 and said it was an “error of judgement”.

In an Instagram post the Serbian tennis star has confessed that he met with a journalist two days after he tested positive in Belgrade, before his arrival Down Under.

He wrote: “I want to emphasise that I have tried very hard to ensure the safety of everyone and my compliance with testing obligations.

“I attended a basketball game in Belgrade on December 14 after which it was reported that a number of people tested positive with Covid-19.

“Despite having no Covid symptoms, I took a rapid antigen test on December 16 which was negative, and out of an abundance of caution, also took an official and approved PCR test on that same day.

“The next day I attended a tennis event in Belgrade to present awards to children and took a rapid antigen test before going to the event, it was negative.

“I was asymptomatic and felt good, and I had not received the notification of a positive PCR test until after that event.

“The next day on Decemeber 18 I was at my tennis centre in Belgrade to fulfil a long-standing commitment for a L’Equipe interview and photoshoot. I cancelled all other events.

“I felt obliged to go ahead and conduct the L’Equipe interview as I didn’t want to let the journalist down.

“[I ensured] I socially distanced and wore a mask except when my photograph was being taken.”

Djokovic’s statement also addressed the huge error in his travel declaration, published by the Federal Circuit and Family Court of Australia earlier this week.

The anti-vaxxer ticked a box claiming he had not travelled to any other countries in the 14 days prior to his departure for the Australian Open in Melbourne.

He attributed it to “human error” on behalf of his agent. 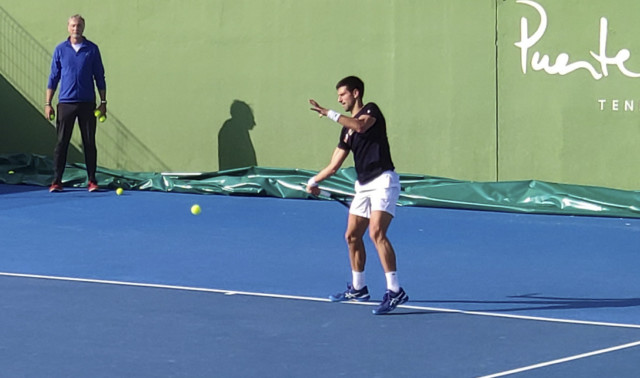 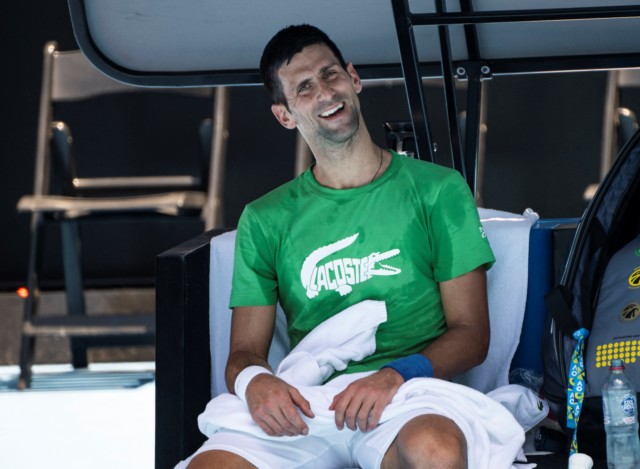 Djokovic has said he is keen to play in the Australian Open
Advertisement. Scroll to continue reading.
In this article:Australian open, Novak Djokovic, Roger Federer