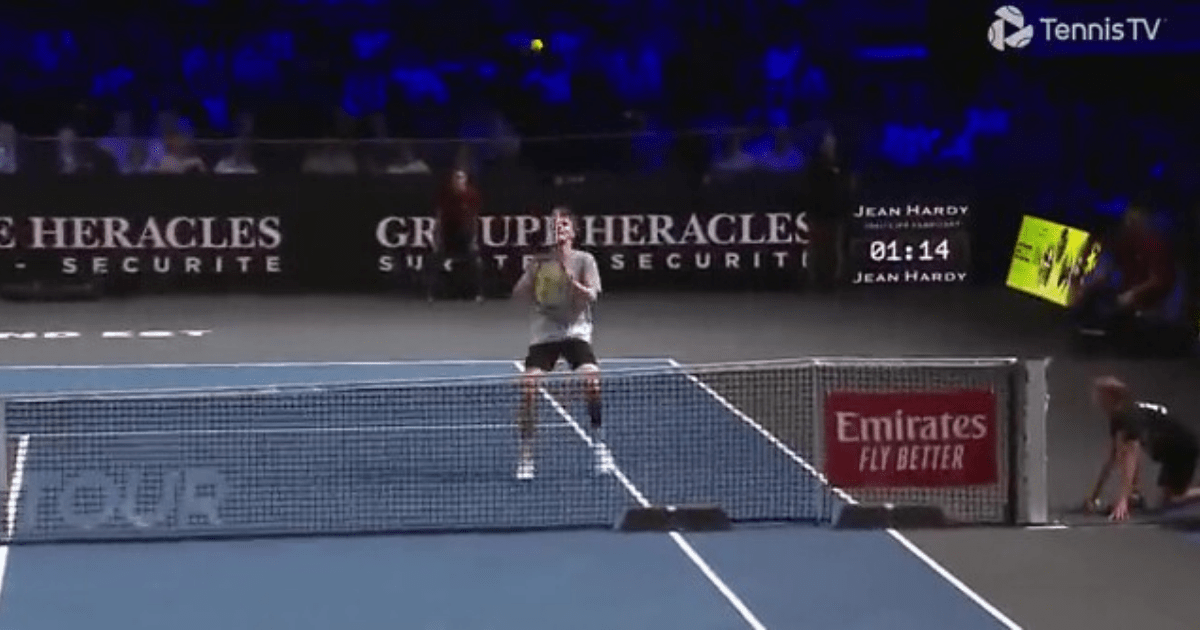 BAFFLED tennis fans blasted Alexander Bublik for his ‘idiot’ shot using his HANDLE as he threw away a final.

The controversial Kazakhstani star, 25, has forged a reputation for his flamboyant but often brainless style on the court – not helped by once declaring: “I hate tennis with all my heart and only play for money.” 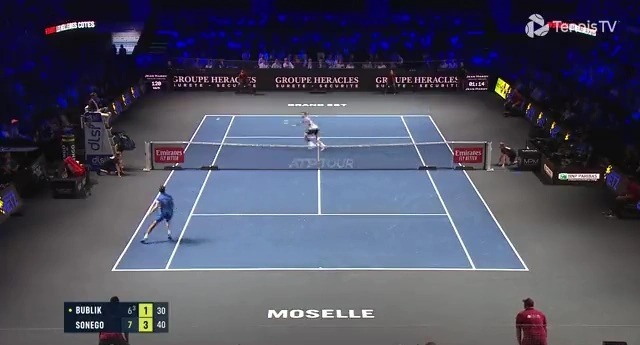 Lorenzo Sonego chased down the shot and won the point 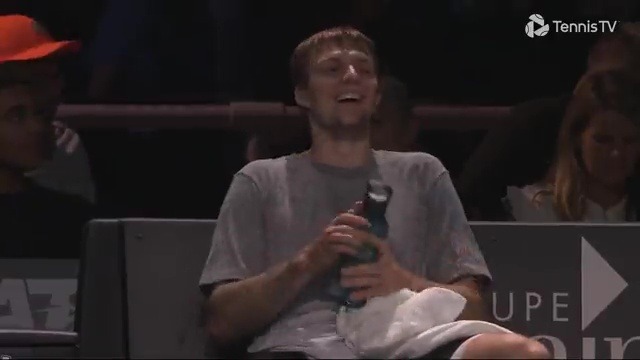 Bublik laughed as he was booed by the crowd

But even by his standards, his moment of madness in the Moselle Open final in Metz was truly bonkers.

The No7 seed, aiming for just a second career title, had seen off Holger Rune and three-time Grand Slam champ Stan Wawrinka to reach the final, where he faced Lorenzo Sonego.

Trailing by a set and a break and facing break point to go 4-1 down, Bublik nailed a massive 120mph serve.

Italian Sonego just did enough to scramble his return back into the court as the ball just bounced over the net.

Bublik – who also loves an underarm serve – raced in and had a simple smash.

But instead of putting the ball away for deuce, incredibly he flipped his racket over, holding it with two hands by the frame and played the overhead shot with the grip.

Although a legal tennis shot, it took out all the power and control as Sonego anticipated the short, slow bounce and replied with a perfect slice backhand up the line forcing Bublik to miss his volley on the stretch.

That gifted Sonego the double break and moved him within two games of just a third career title as the players returned to their chairs amid a chorus of boos from the fans.

But rather than regretting his senseless shot, Bublik seemed to not care at all as he laughed to himself.

The world No41, who regularly shares clips of his most unorthodox points, even posted a video of Sunday’s trick shot on Instagram with the caption: “Don’t take it too serious.”

Supporters on Twitter did not see the funny side, though – with one celebrating the “instant karma” for the “clown”.

One said: “So embarrassing to do that in a final.”

A third wrote: “People paid money, took their time to watch this final.. the dude takes them for granted. It’s sad and disrespectful.”

But some users enjoyed the antics.

One replied: “What are you talking about? This is awesome, this is what I want to see! This makes tennis fun to watch.” 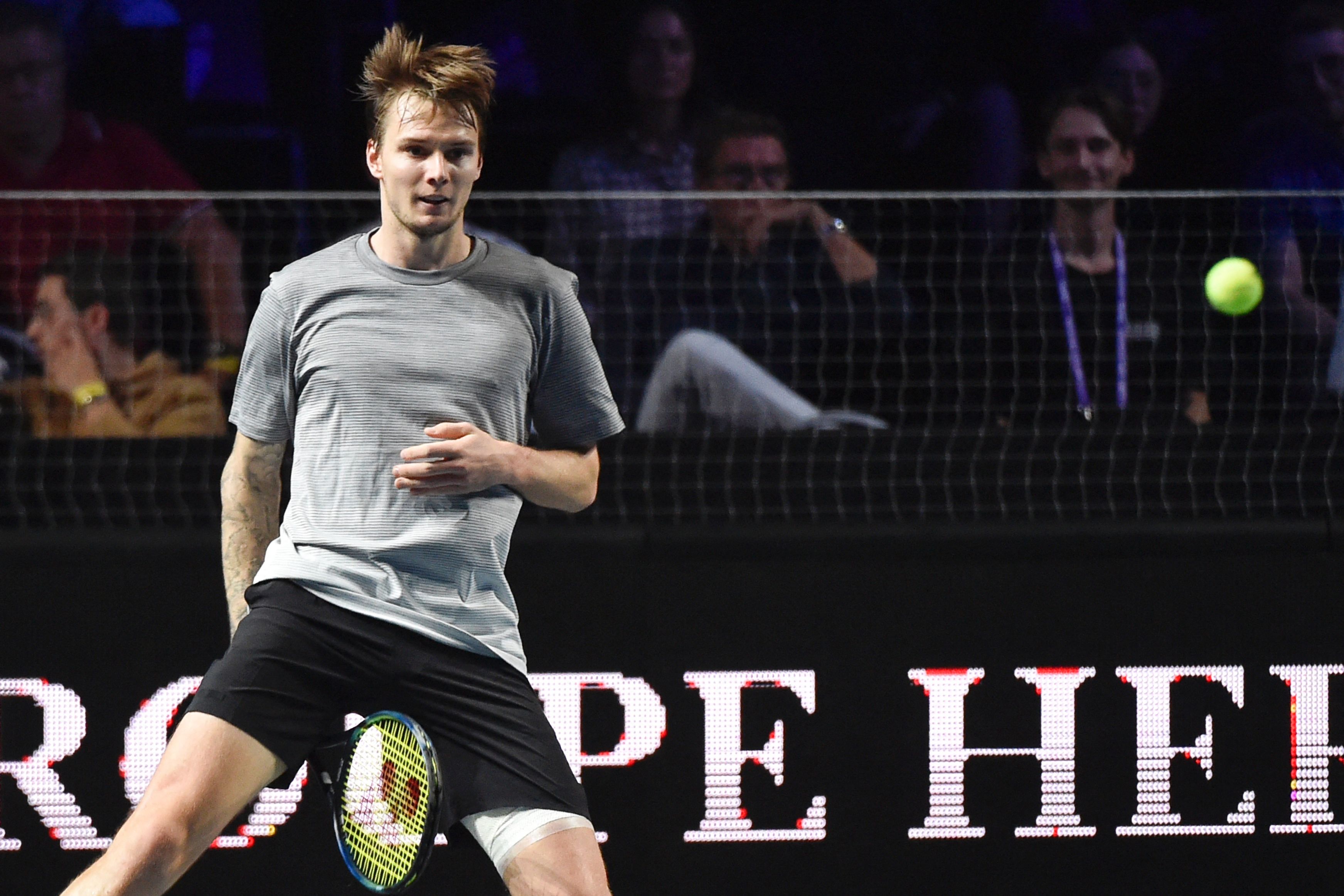