Nick Kyrgios clashes with fans, smashes racket, throws bottle on court and spits towards his team after US Open defeat
Advertisement 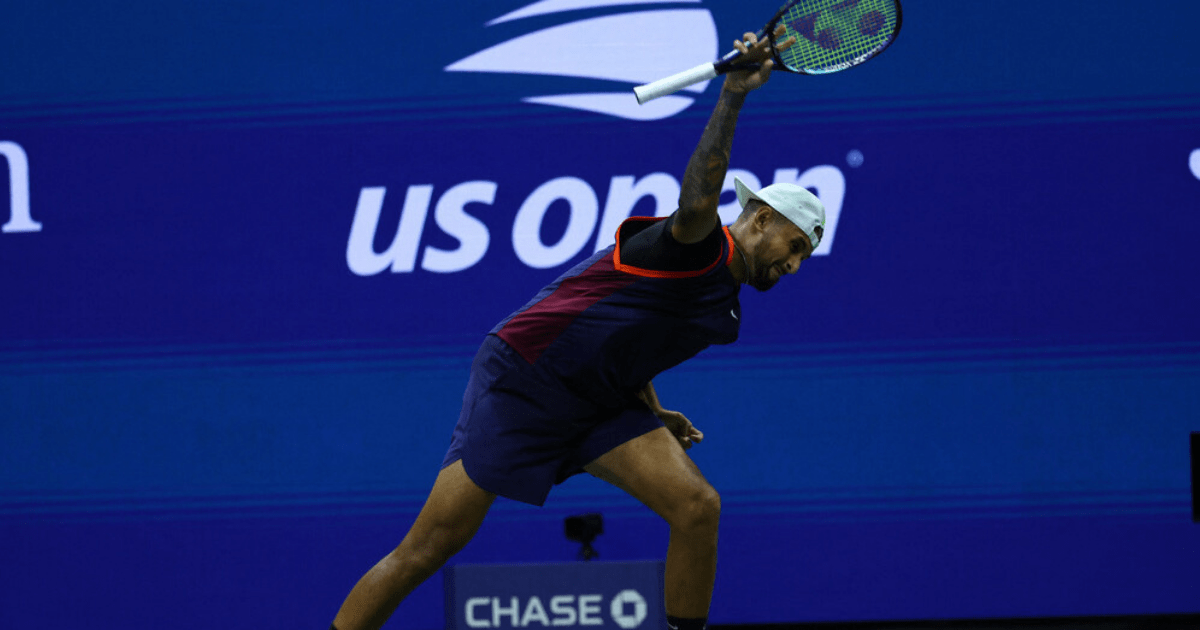 NICK KYRGIOS threw a sports bottle on court and clashed with fans as he ended his season at the US Open quarter-finals in New York.

The Australian was defeated 7-5 4-6 7-5 6-7 6-4 by rock-solid Russian Karen Khachanov in an absorbing clash on the Arthur Ashe Stadium.

A meltdown from Nick Kyrgios after losing in the US Open quarterfinal! pic.twitter.com/hUTaihlTBF

When the match was over, Kyrgios broke two rackets and spat in the direction of his box — it was unacceptable behaviour from a very sore loser.

The 27-year-old was unable to back up his exciting win over world No.1 Daniil Medvedev two days earlier as he was vanquished in five sets at 1am local time on Wednesday morning.

Kyrgios, who had a medical timeout for a suspected knee problem after losing the first set, appeared subdued, is always fun to watch whatever the occasion and this was no exception.

There was a signature racket smash on the ground in the third set and he moaned constantly to his box over their apparent lack of support. 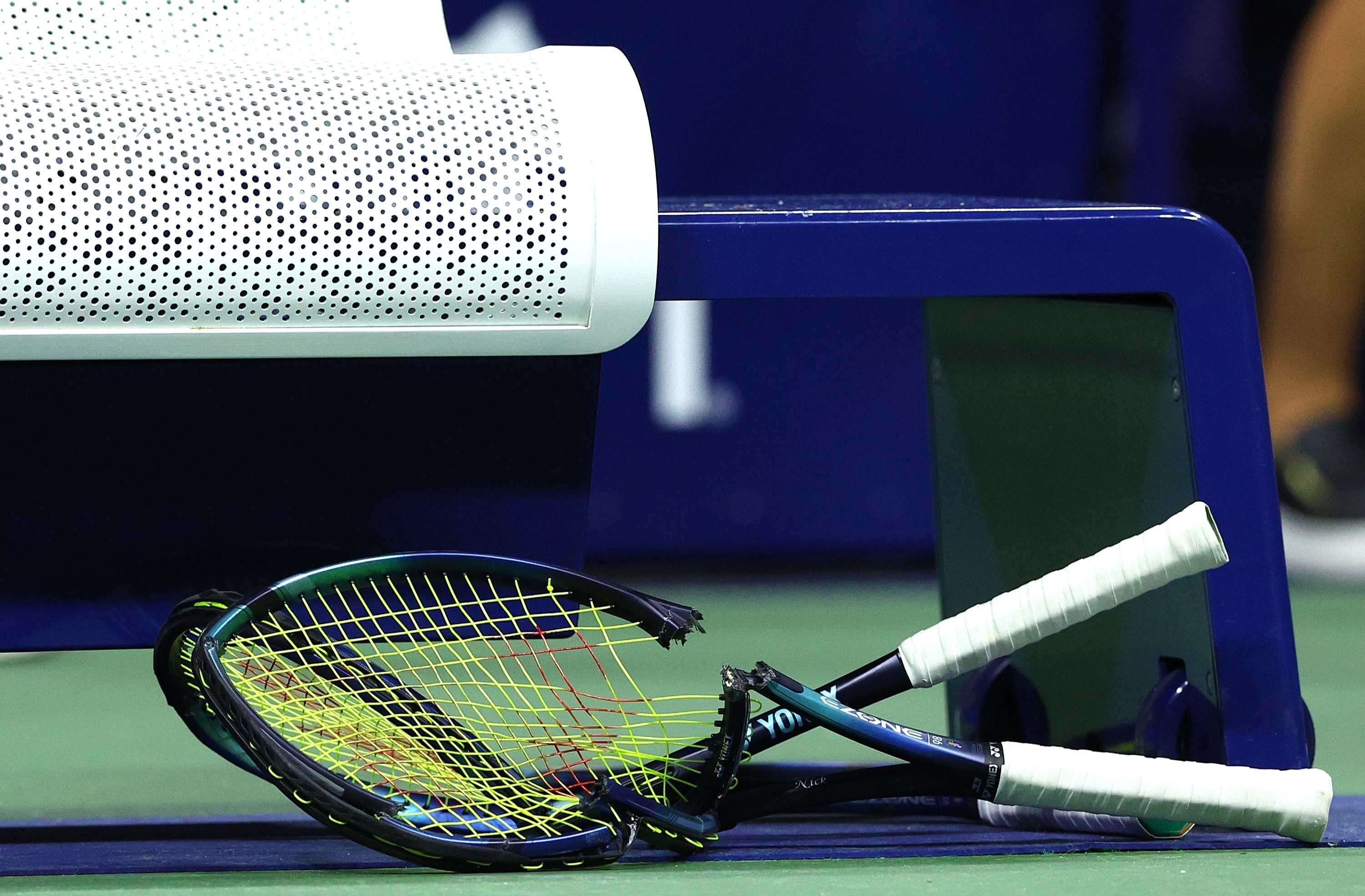 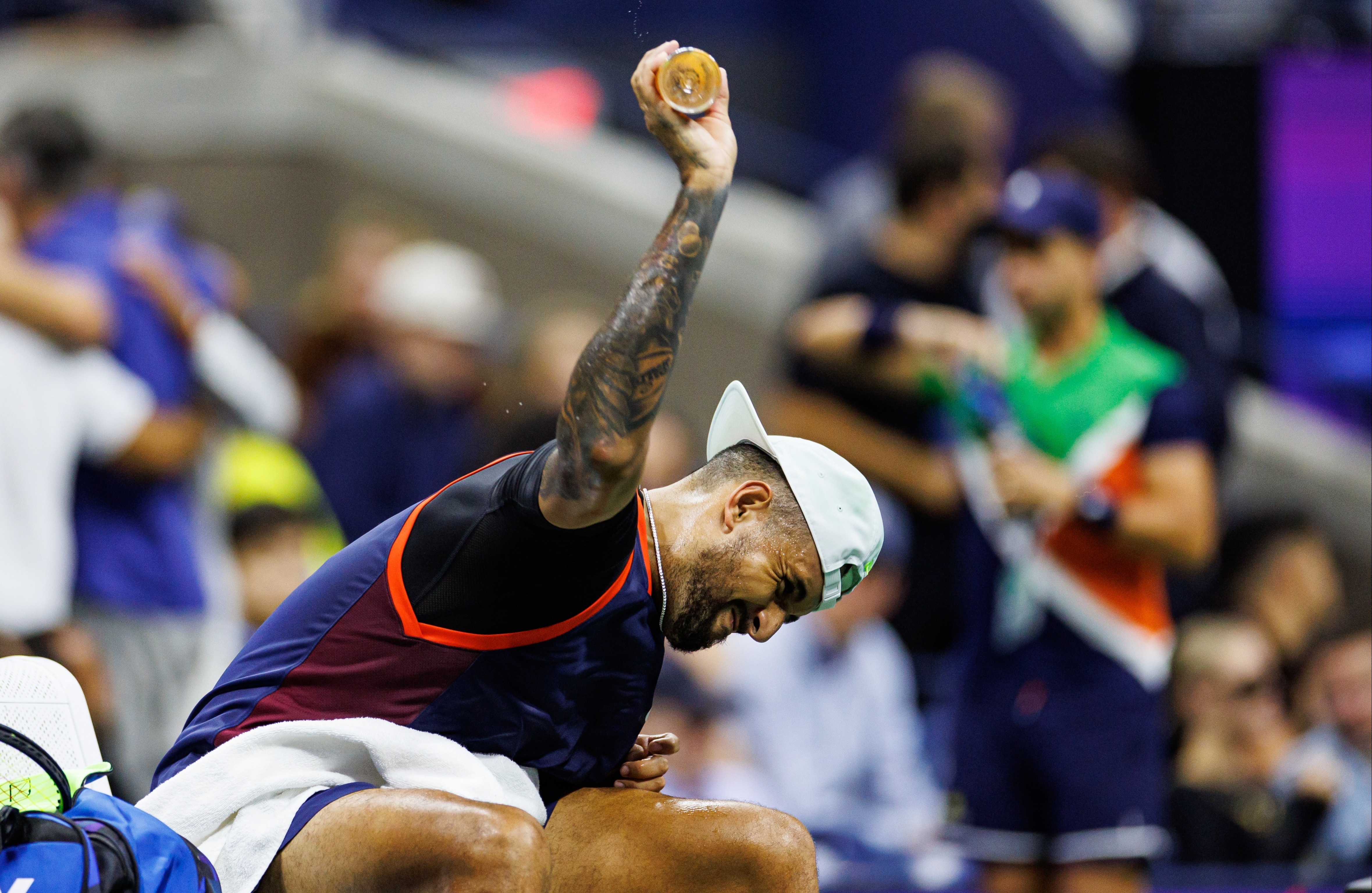 The world No.25 was given a warning for unsportsmanlike conduct by British umpire James Keothavong after he threw a sports bottle on the floor before the start of the fourth set.

One of the staff had to get on their hands and knees and mop up the spillage before play could continue.

And in the fourth and fifth set, Kyrgios claimed about the disruptive fans who were shouting out before he was about to serve and during rallies.

Keothavong had to remind the audience to respect the two players but his words were ignored by an ignorant few. 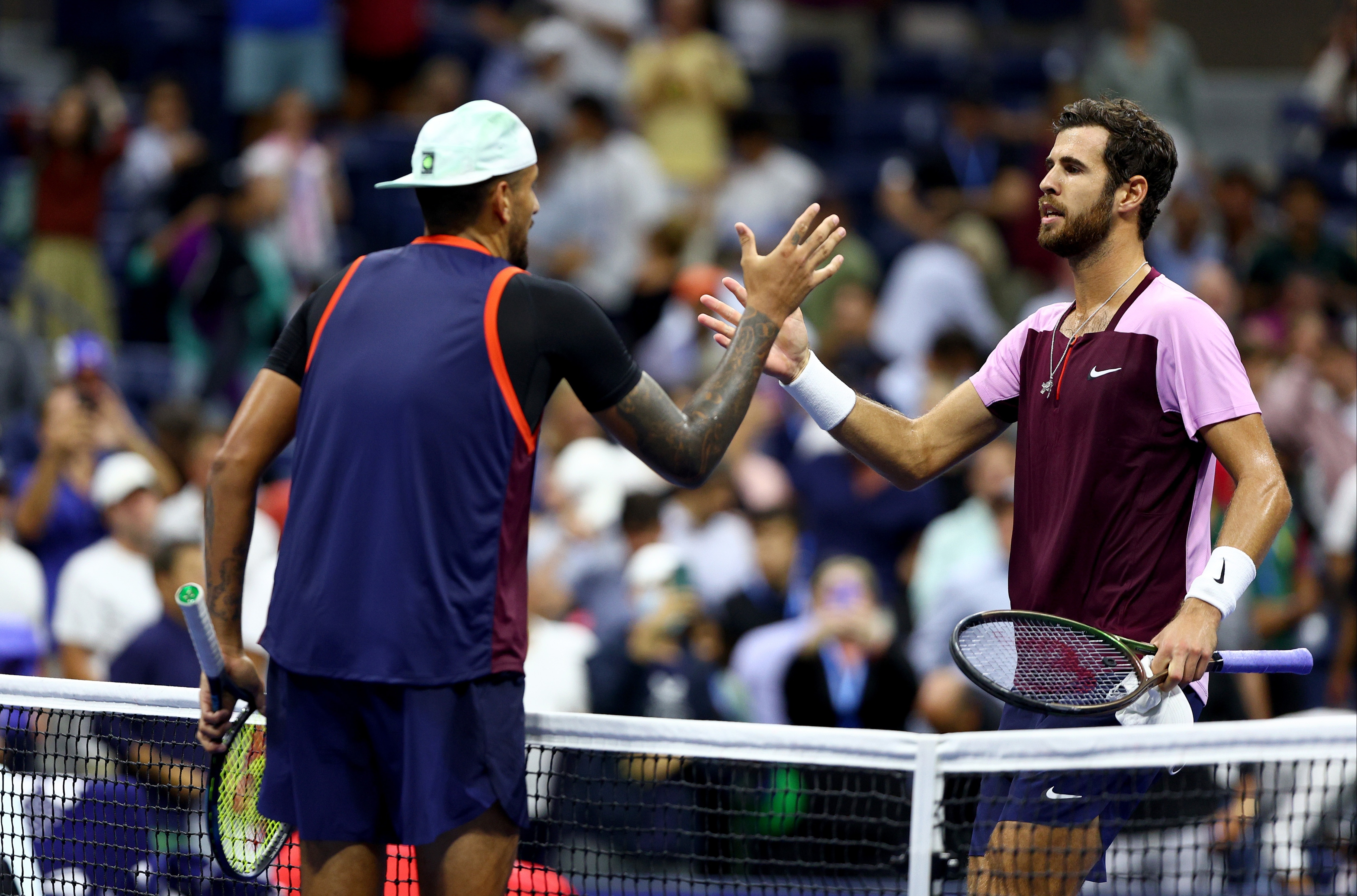 It certainly got rowdy at times but the majority of the crowd had wanted Kyrgios to progress.

Over the course of three hours and 34 minutes, there was high-quality tennis on display and the two players delivered 60 aces – 31 by Kyrgios and 30 by Khachanov – at breakneck speed.

Kyrgios, who lost to Novak Djokovic in the Wimbledon final, plans to return home to Australia to see his family.

He has said this fortnight that it is unlikely he will return to the ATP Tour until at least January when the countdown to the Australian Open in Melbourne begins.

There is the prospect that Kyrgios could fly back to Europe in November to play with his buddie Thanasi Kokkinakis in doubles action at the ATP Finals – they have qualified due to their Australian Open victory in January.

And he could combine that trip with an appearance for Australia if they make it to the Davis Cup Finals that same month in Malaga in November.

But for now, it looks like he will hang up his racket for several months, go back to Oz and recharge the batteries following a busy summer on grass and hard-courts.

Speaking after the defeat, Kyrgios said: “I’m obviously devastated. But all credit to Karen. He’s a fighter. He’s a warrior.

Kyrgios showed his frustration on three straight points in the third set. pic.twitter.com/uMstvZKHXQ

“Just feel like it was either winning it all or nothing at all. I feel like I’ve just failed at this event right now. Honestly I don’t even really care about any other tournament.

“Now having success at a Grand Slam, it’s just like no other tournament really matters.

“I think pretty much every other tournament during the year is a waste of time really. You should just run up and show up at a Grand Slam.

“That’s what you’re remembered by. I honestly feel like s***t. I feel like I’ve let so many people down.

“I feel like these four tournaments are the only ones that ever are going to matter.

“It’s just like you got to start it all again. I have to wait till the Australian Open. It’s just devastating. It’s heart-breaking.”

Moscow-born Khachanov, who was banned by Wimbledon because of Russian’s illegal invasion of Ukraine, will now meet Casper Ruud of Norway in the last four on Friday.

A new name will be engraved on the men’s US Open trophy after Rafa Nadal’s exit at the hands of American Frances Tiafoe.