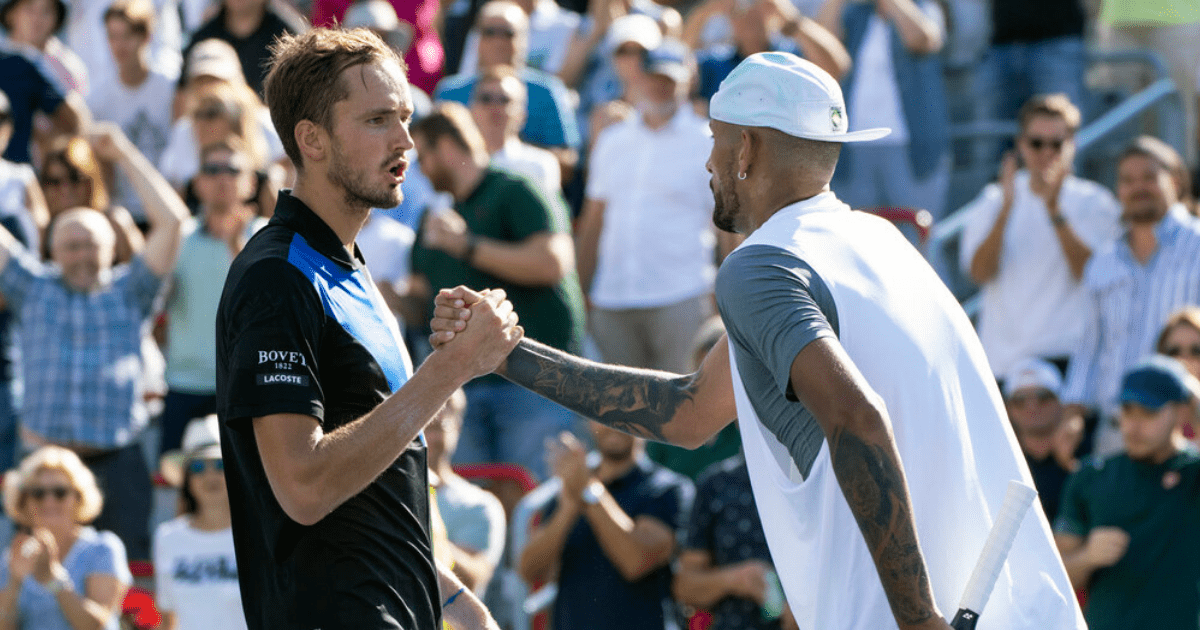 NICK KYRGIOS has rushed to the defence of fellow tennis star Daniil Medvedev after he crashed out of the Canadian Open.

Kyrgios and Medvedev went head-to-head in the round of 32 at the tennis tournament, with Kyrgios claiming victory thanks to a 7-6, 6-4, 6-2 score. 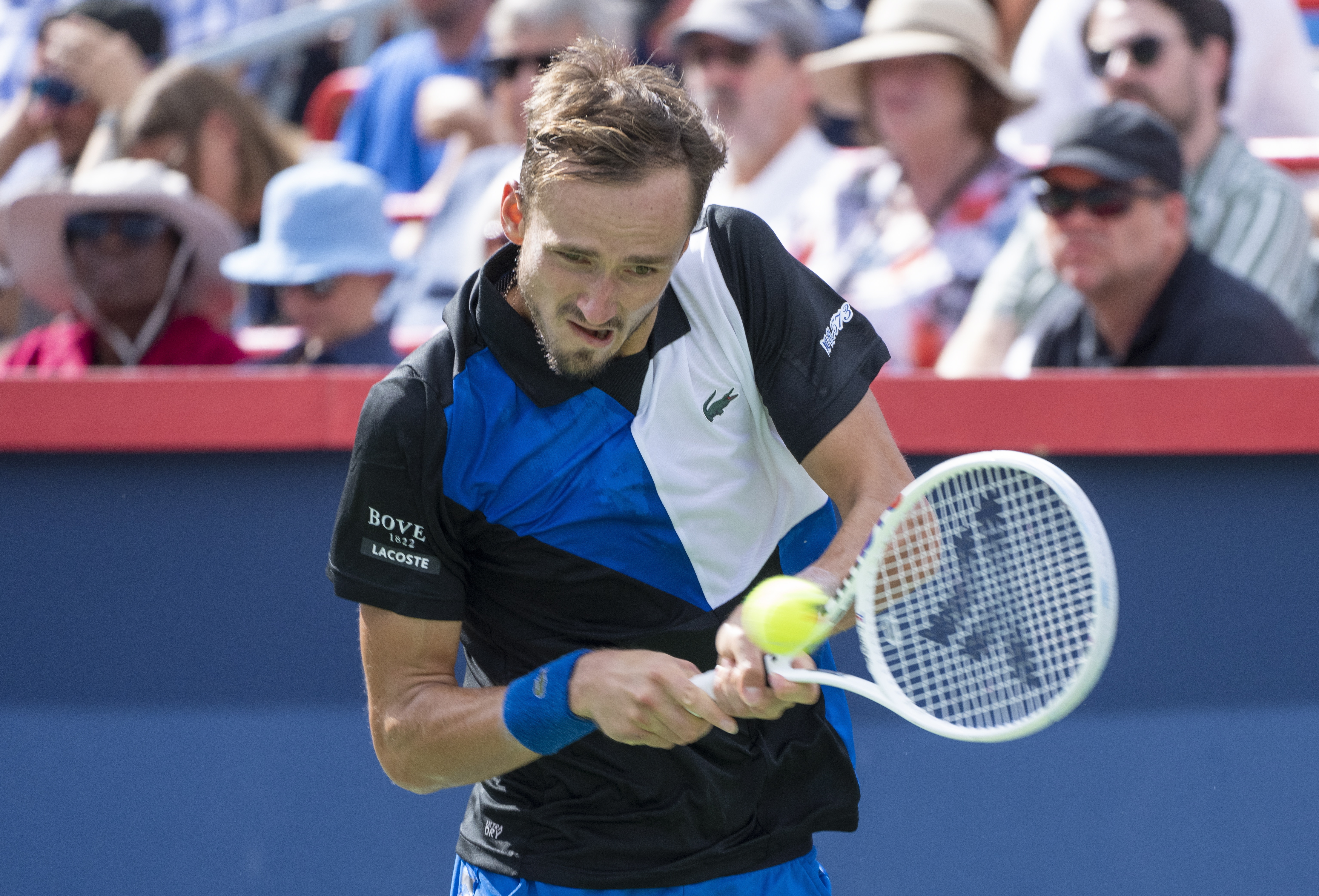 Despite his significantly higher world ranking, Medvedev was unable to overcome Kyrgios

However, as Medvedev, who currently ranks as the World No1, exited the court a fan shouted “loser” at him.

The Russian was left unimpressed by the comments and confronted the heckler while flanked by security guards.

Following an animated discussion, Medvedev pointed his hands to his head in a thinking gesture before walking off.

After seeing the clip online, Kyrgios leapt to the defence of Medvedev.

“This is the best we have in the sport, fans need to show some respect.”

The often bad-mouthed Australian was adding onto condemnation from a Medvedev fan account which circulated the video.

The account’s initial tweet said: “God, how awful can fans be when they chant ‘loser’ to a tennis player after a tough battle on the court.

“Achieve something yourself in this life.

“Having respect for another person is an important rule of a human being.”

Kyrgios made it all the way to the quarter-final before being knocked out by World No10 Hubert Hurkacz.

Earlier this year Kyrgios made it all the way to the final of Wimbledon, where he urged the umpire to throw out a fan who he claimed had had “about 700 drinks,” as he fell to a four-set defeat to Novak Djokovic.